Слайд 1ECONOMY OF THE UNITED KINGDOM 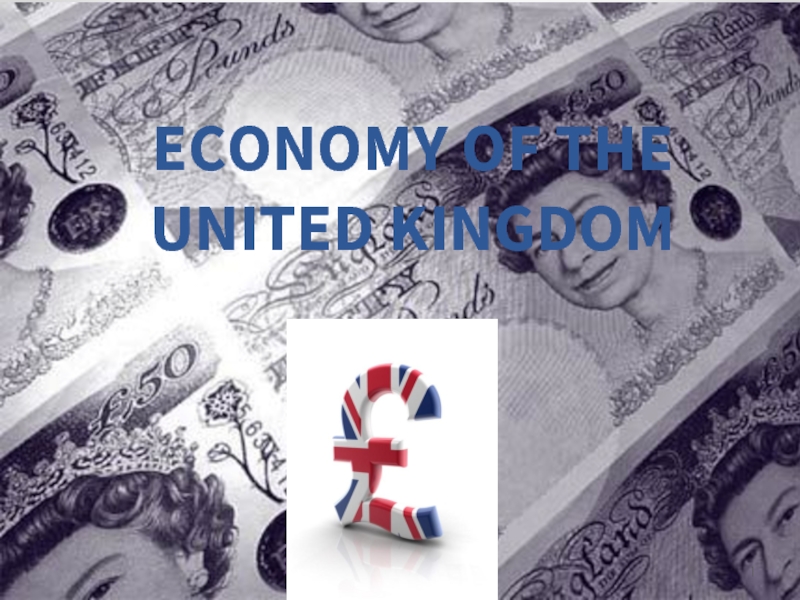 Слайд 2Basic data:
The national economy of The United Kingdom is:
the 6th largest 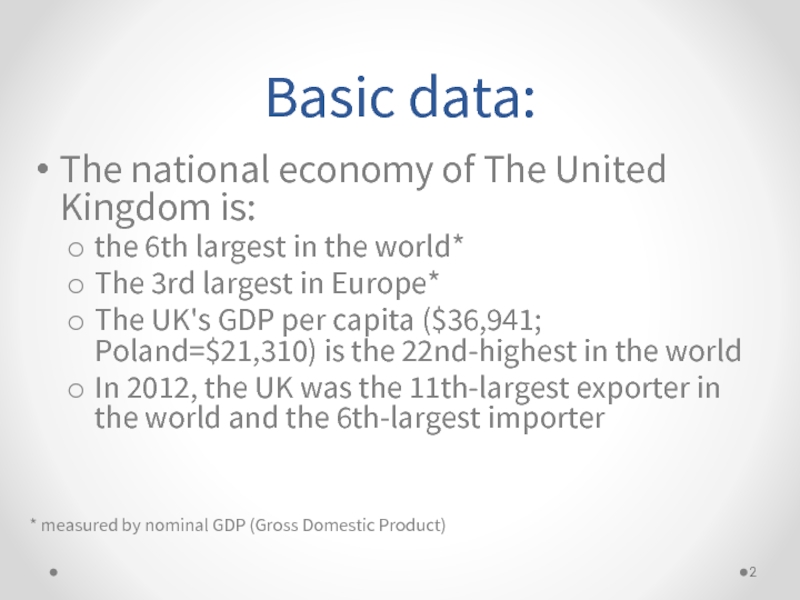 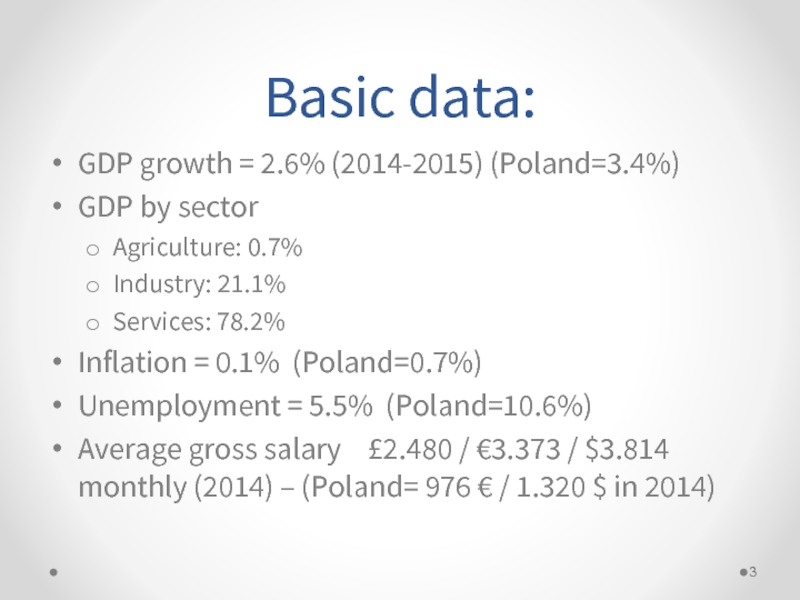 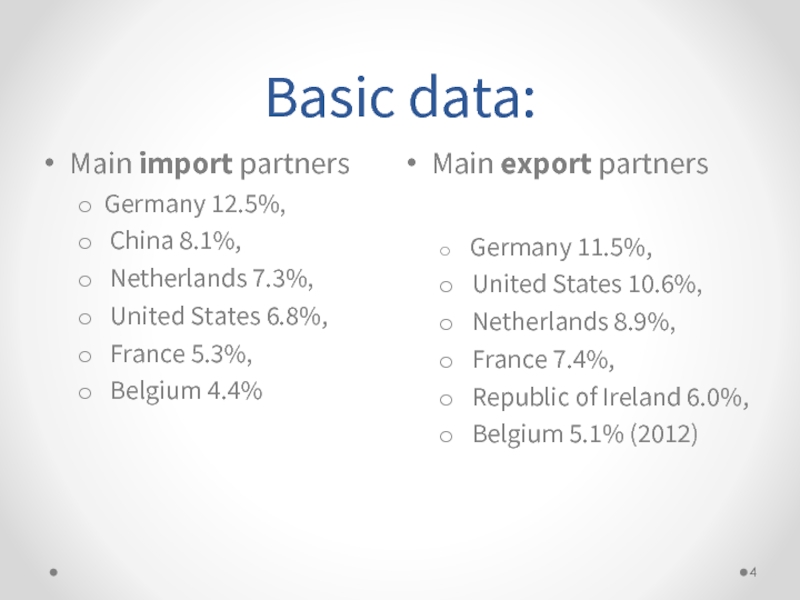 Слайд 5Basic data:
Taxation in the UK involves payments to at least two 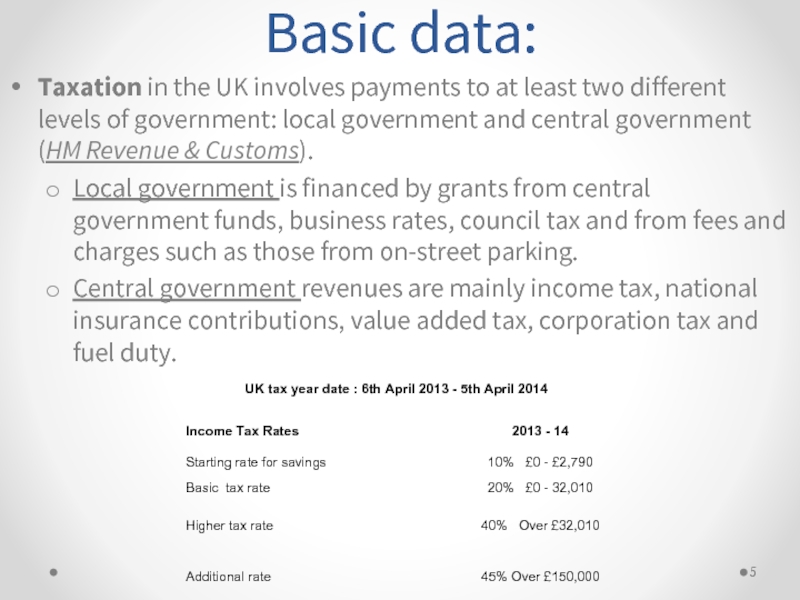 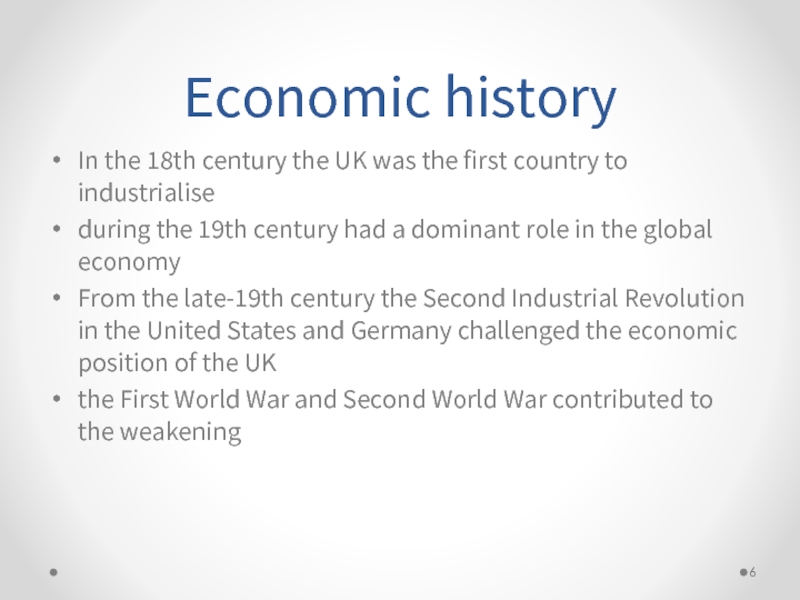 Слайд 7Economic history
After the Second World War, the UK enjoyed a

long period without a major recession (from 1945 to 1973) and a rapid growth in prosperity in the 1950s and 1960s
following the 1973 oil crisis and the 1973–1974 stock market crash, the British economy fell into recession
A period of neo-liberal economics began in 1979 with the election of Margaret Thatcher as the Prime Minister
During the 1980s most state-owned enterprises were privatised, taxes cut, trade union reforms passed and markets deregulated. GDP initially fell but a growth followed (to reach its peak in 1988)
Thatcher’s battle against inflation resulted in a major increase in unemployment from 1.5 million in 1979 to over 3 million in 1982, and 3.3 million in 1984. 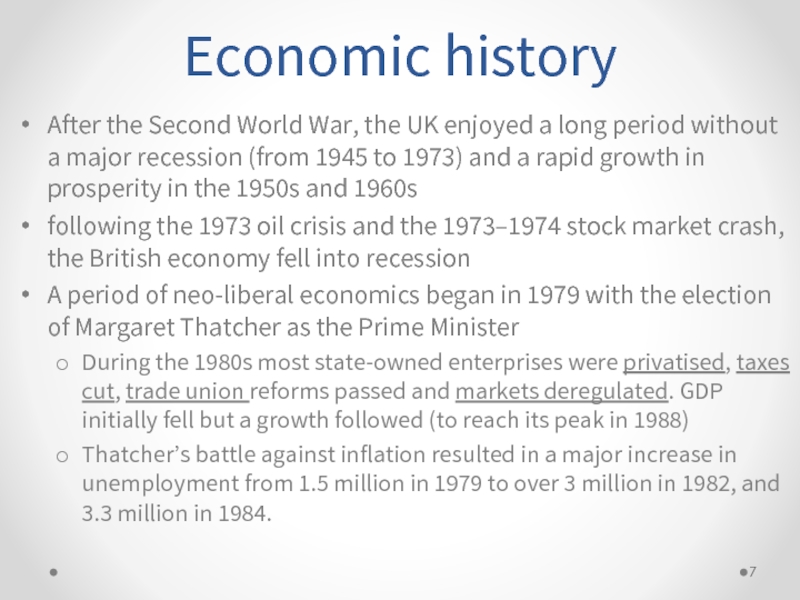 the subsequent economic recovery was extremely strong (with a fall in unemployment)
During Tony Blair's 10 years in office the UK experienced economic growth, lasting until the second quarter of 2008
This period of growth ended in 2008 when the United Kingdom entered a recession caused by the global financial crisis
In 2013 the UK’s economy has grown by 0,8%, which means it experiences a slow recovery 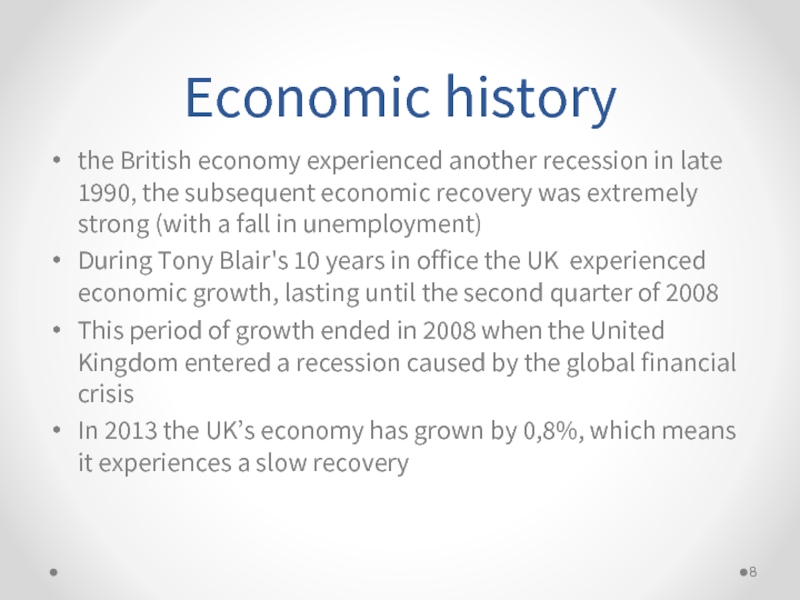 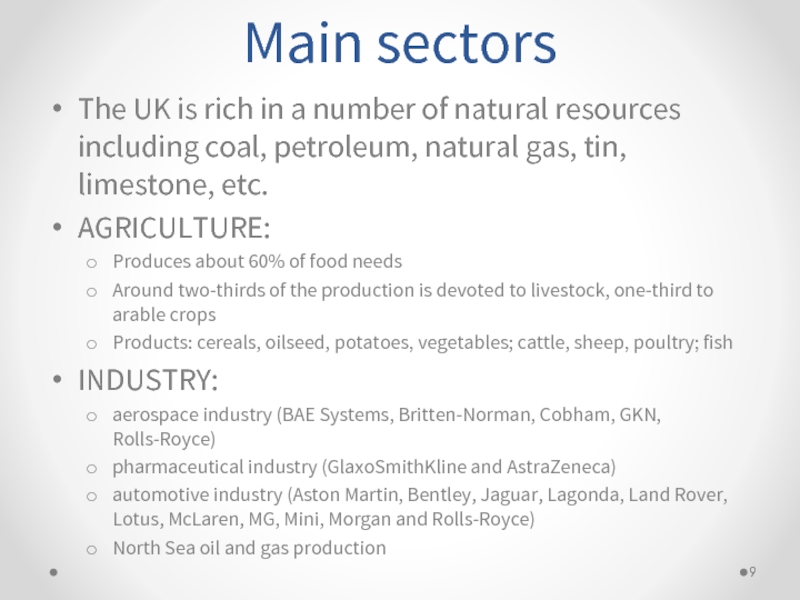 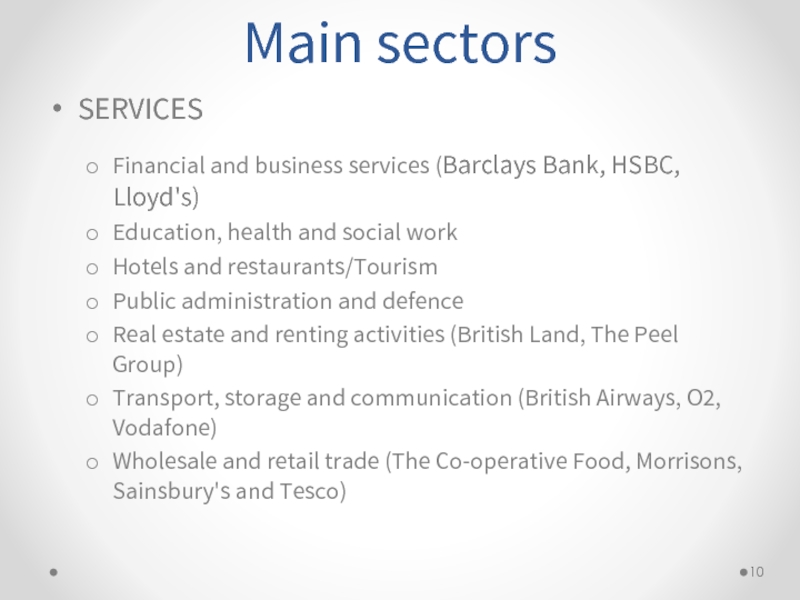 Слайд 11THE CITY
THE CITY OF LONDON is a district of London, widely

referred to as the City or the Square Mile as it is 1.12 sq mi in area. These terms are also often used as symbols for the United Kingdom's financial services industry, which continues a notable history of being largely based in the City.
Another major financial district in London is located at CANARY WHARF
The London Stock Exchange (shares and bonds), Lloyd's of London (insurance) and the Bank of England are all based in the City.
Many major global companies have their headquarters in the City, including Aviva, BT Group, Lloyds Banking Group, Old Mutual, Prudential, Standard Chartered, Unilever, and Ernst and Young. 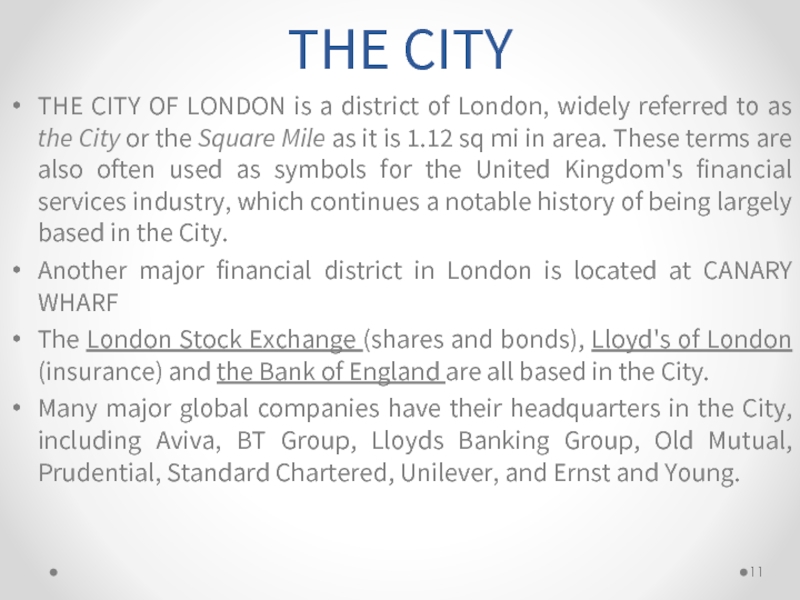 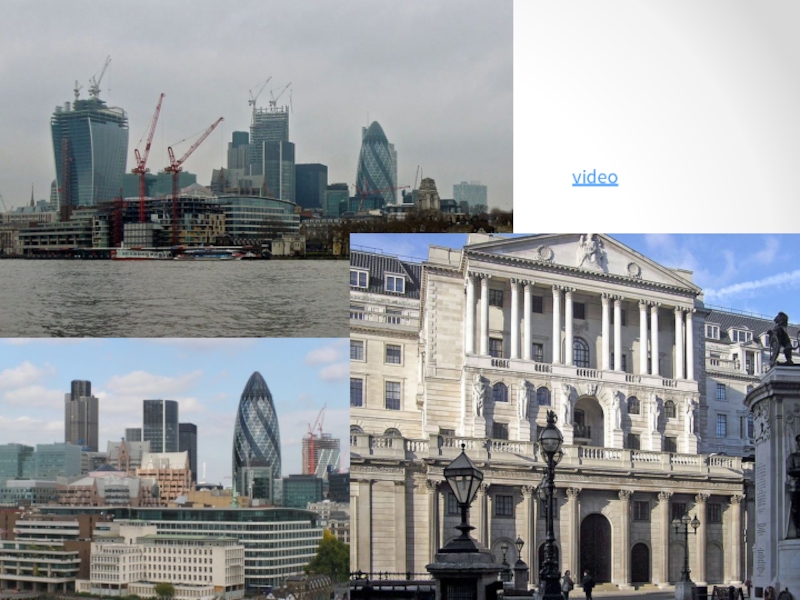 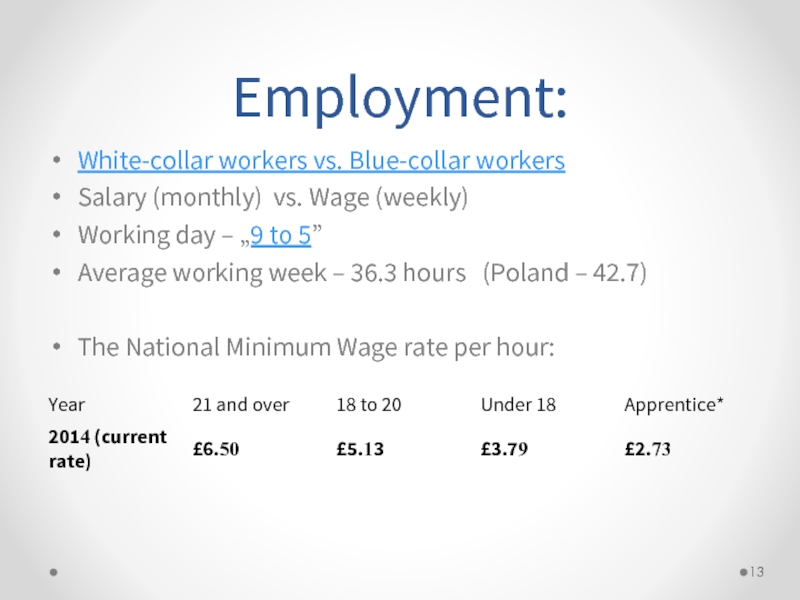 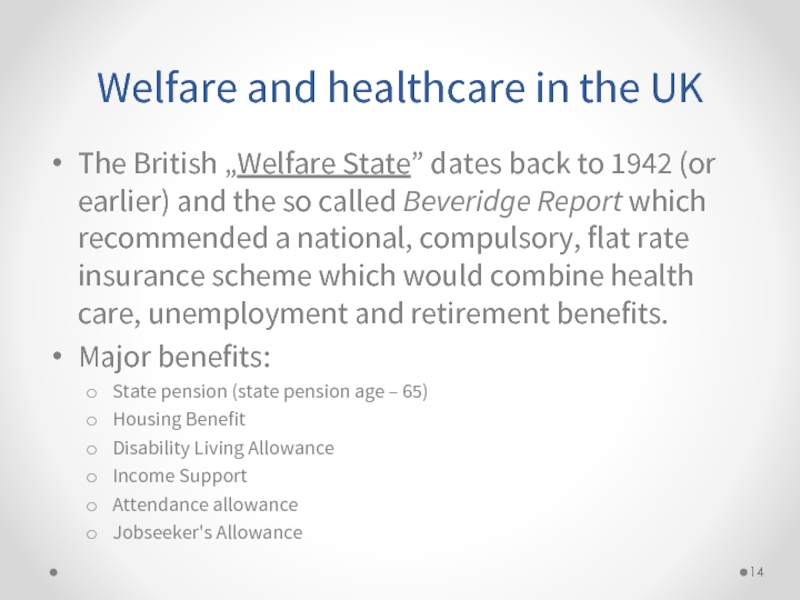 funded healthcare systems in the countries of the United Kingdom
The systems are primarily funded through central taxation. The services provide a comprehensive range of health services, the vast majority of which are free at the point of use for people legally resident in the United Kingdom.
Northern Ireland, Scotland and Wales no longer have prescription charges. However, in England, a prescription charge of £7.85 is payable per item 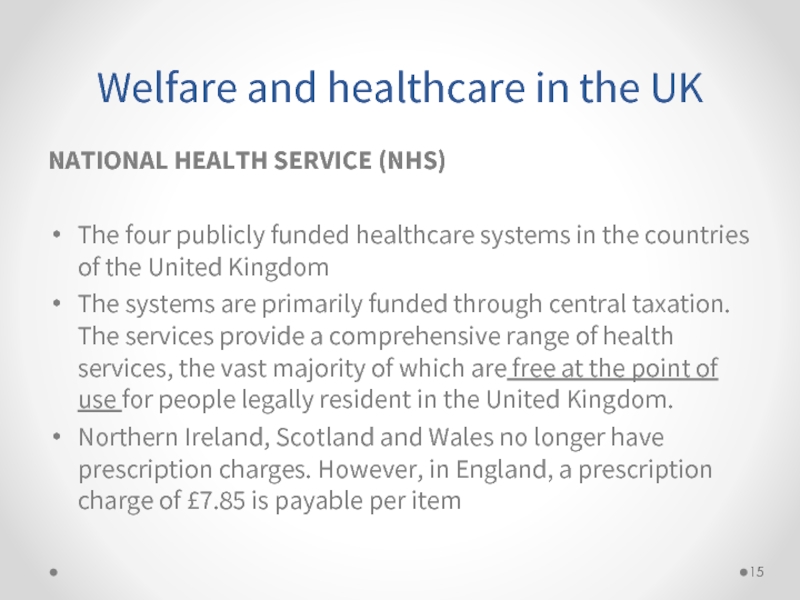 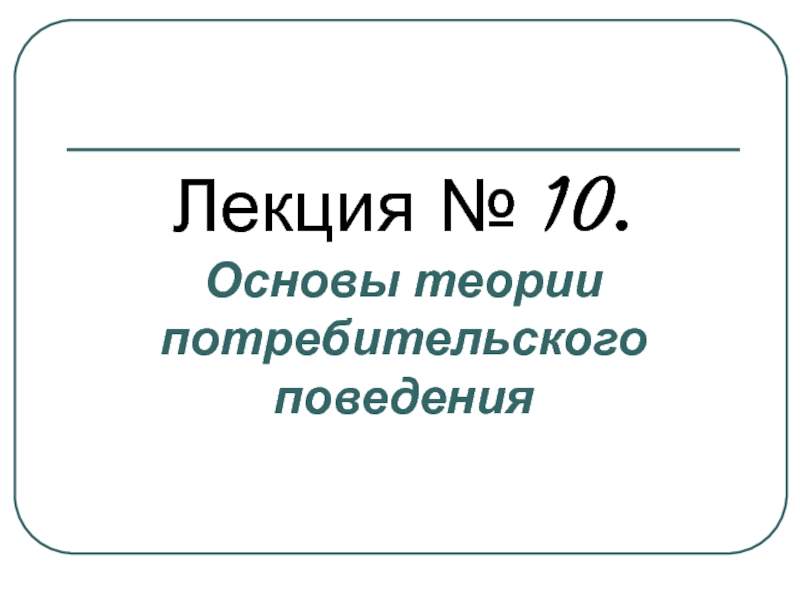 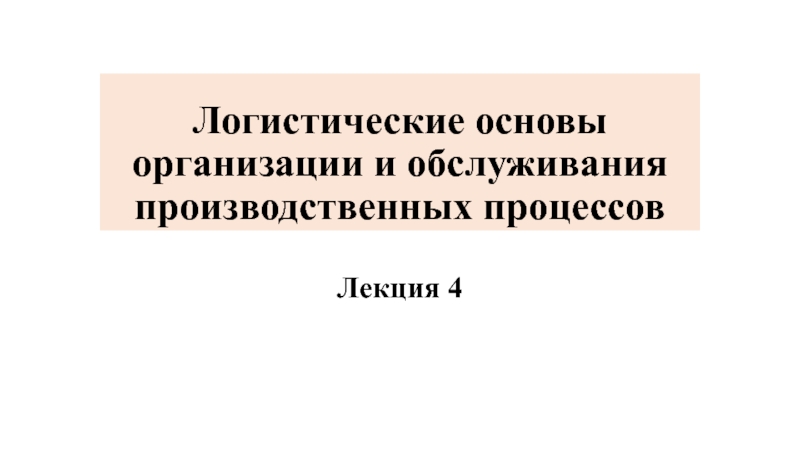 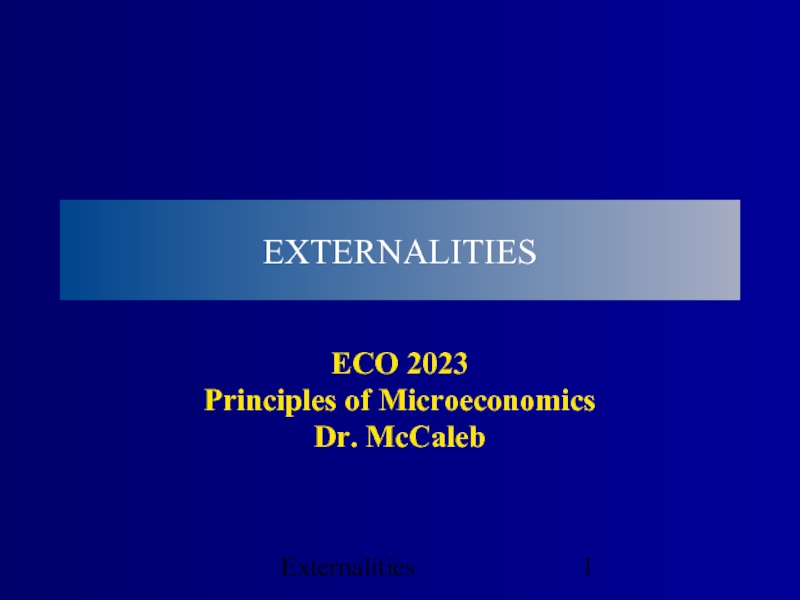 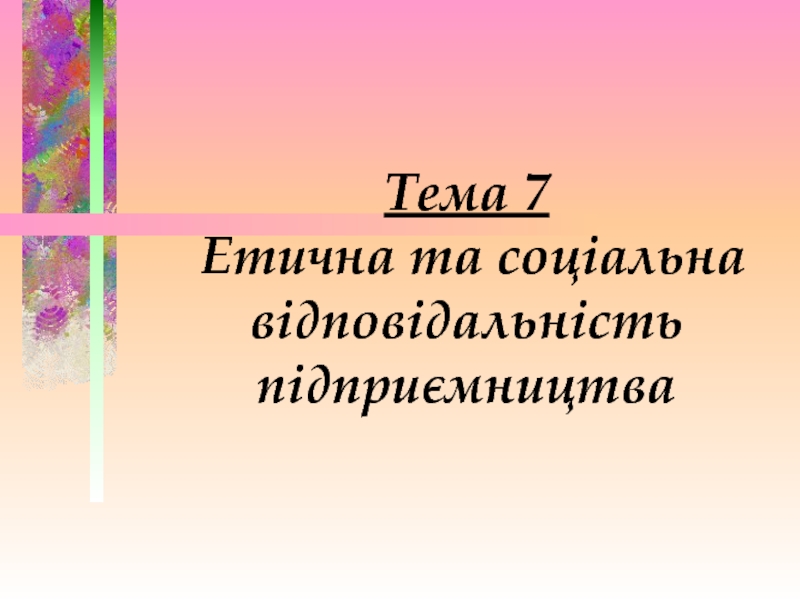 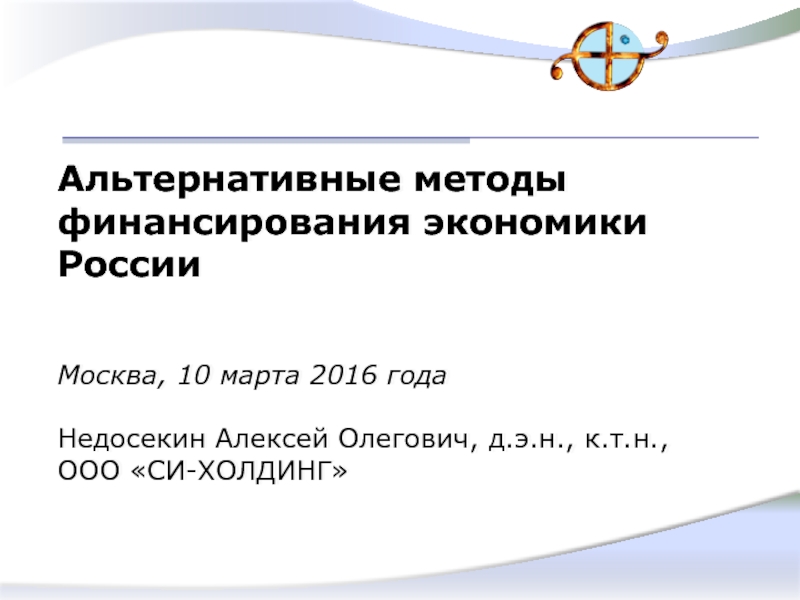 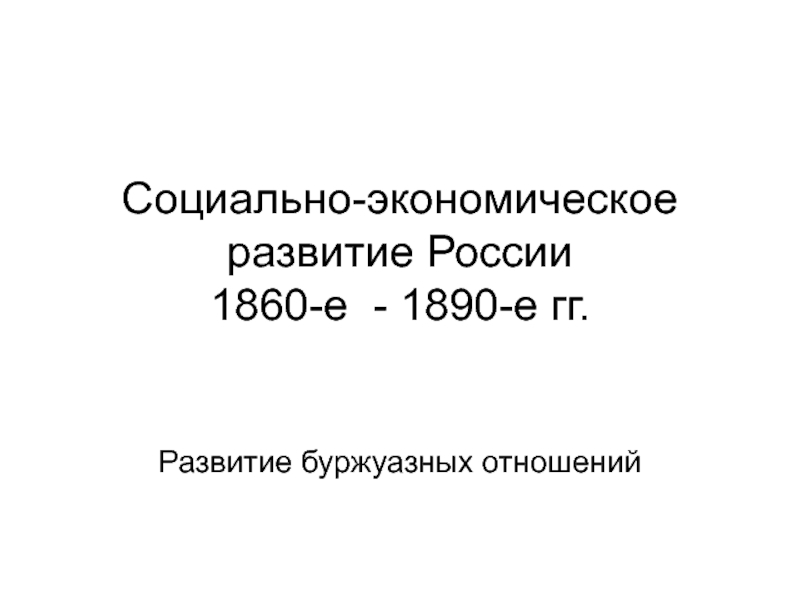