T-Mobile vs. Sprint: Which Wireless Carrier Ruled the Quarter? 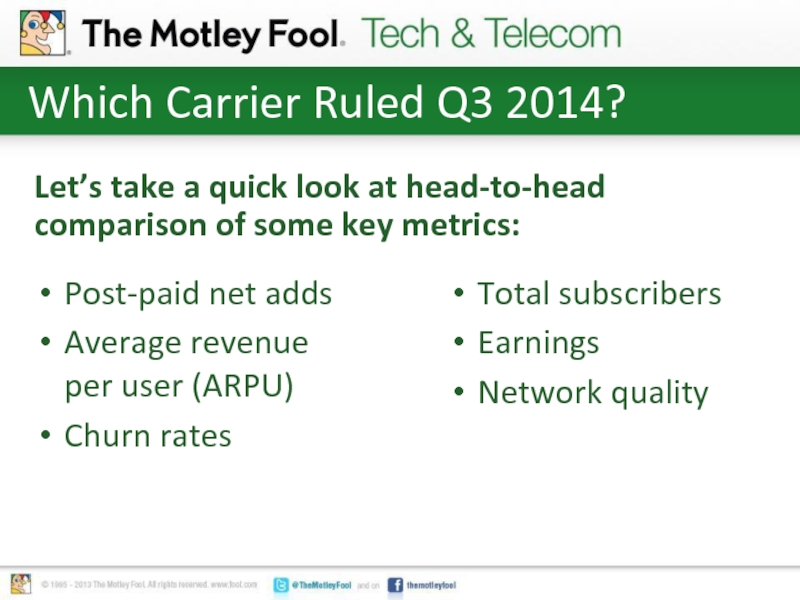 Let’s take a quick look at head-to-head comparison of some key metrics: 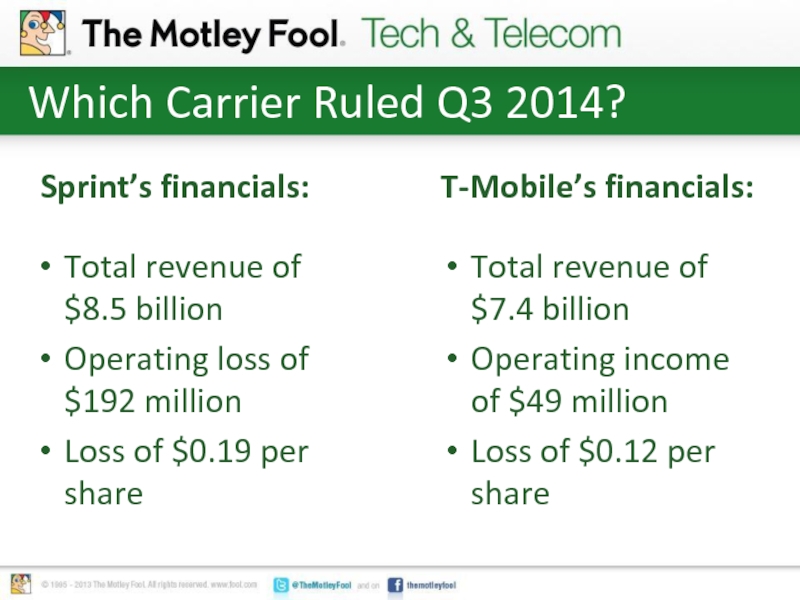 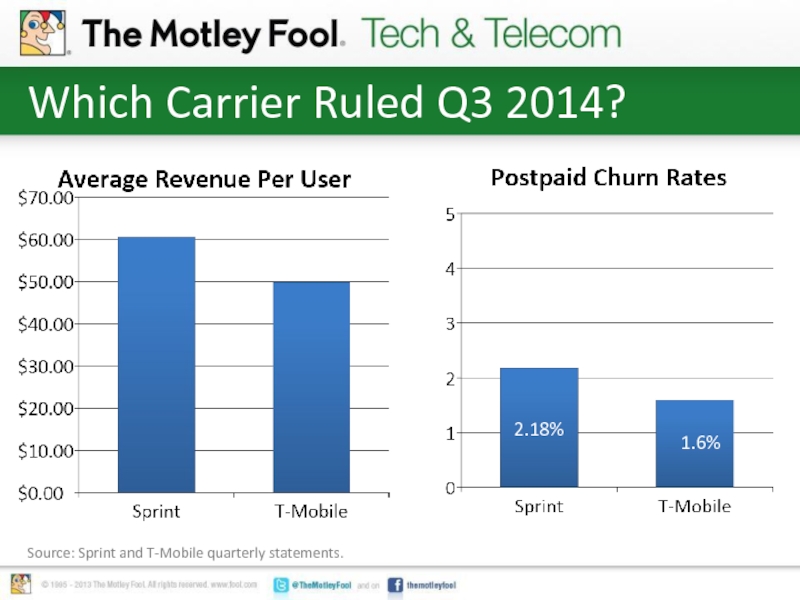 The carrier took a hit on ARPU when it introduced its Simple Choice postpaid plans last year
Though down year-over-year, postpaid ARPU was up slightly sequentially (1.1%)
Still a major area the company needs to address 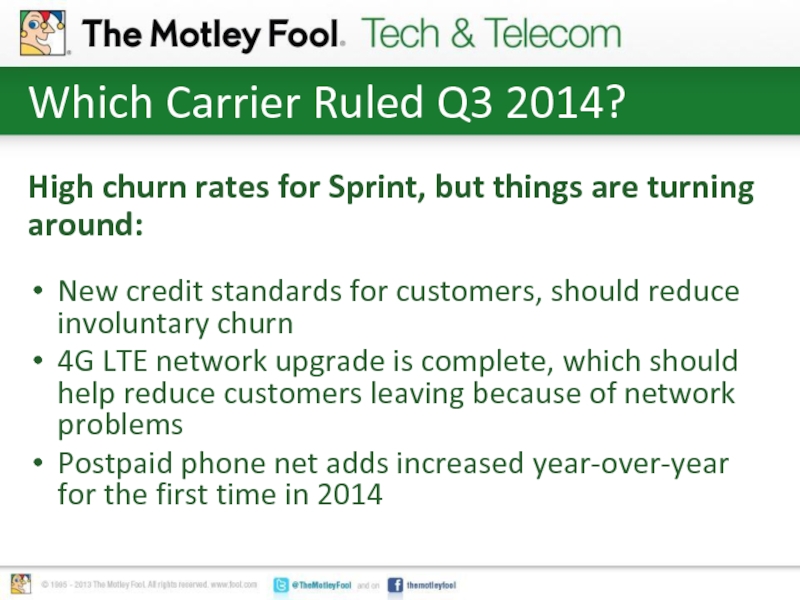 High churn rates for Sprint, but things are turning around: 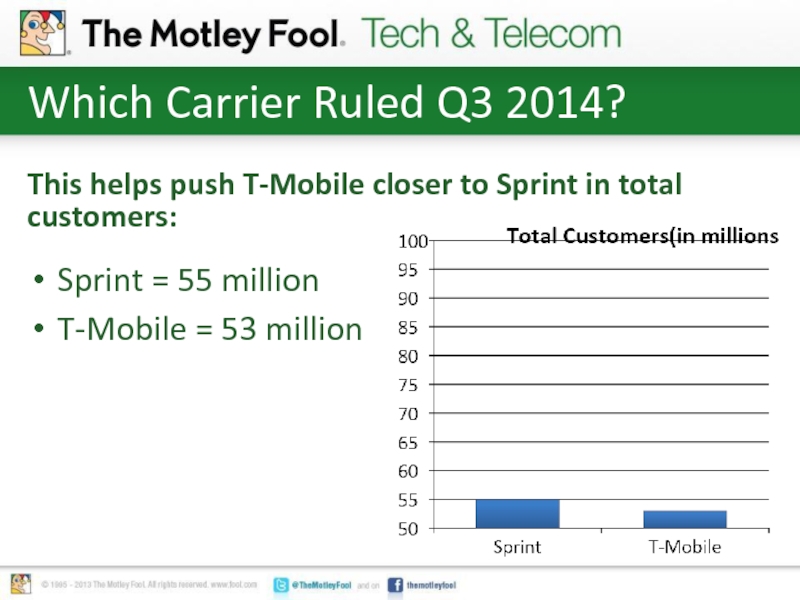 This helps push T-Mobile closer to Sprint in total customers:

RootMetrics ranks T-Mobile’s network No. 3, behind AT&T and Verizon Wireless
4G LTE POPs hit 250 million at the end of the quarter
Continued rollout of Wideband LTE network, which can improve speeds up to 50% in some areas

Marcelo Claure became Sprint’s new president and CEO in mid-August
To reduce costs, Sprint is cutting about 2,000 positions, which should save $400 million on an annualized basis

Other things to know about Sprint:

The company’s added 10 million customers in the past six quarters alone
Will have 300 million 4G LTE POPs in 2015, which will match AT&T and fall just short of Verizon’s 306 million

Other things to know about T-Mobile:

Both are making big strides, but T-Mobile’s massive subscriber gains in combination with its superior network gives T-Mobile the win for this quarter
But both companies need to see their network upgrades and customer acquisitions turn into positive earnings for investors

So which carrier comes out on top in Q4? 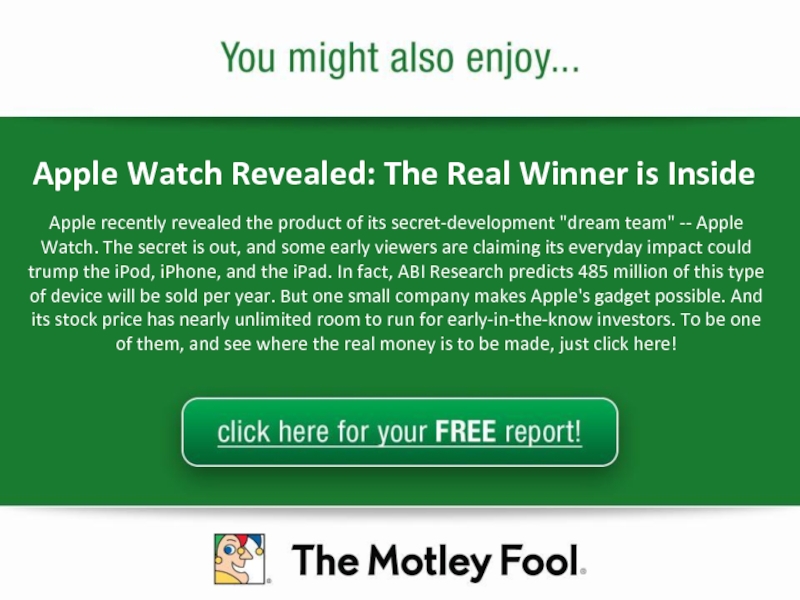 Apple Watch Revealed: The Real Winner is Inside

Apple recently revealed the product of its secret-development "dream team" -- Apple Watch. The secret is out, and some early viewers are claiming its everyday impact could trump the iPod, iPhone, and the iPad. In fact, ABI Research predicts 485 million of this type of device will be sold per year. But one small company makes Apple's gadget possible. And its stock price has nearly unlimited room to run for early-in-the-know investors. To be one of them, and see where the real money is to be made, just click here!

Inventories and the Cost of Goods Sold 92