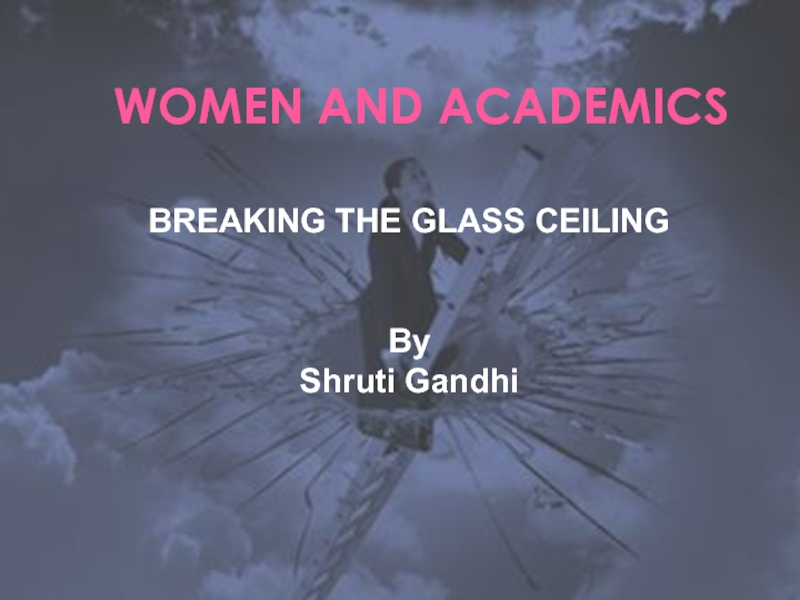 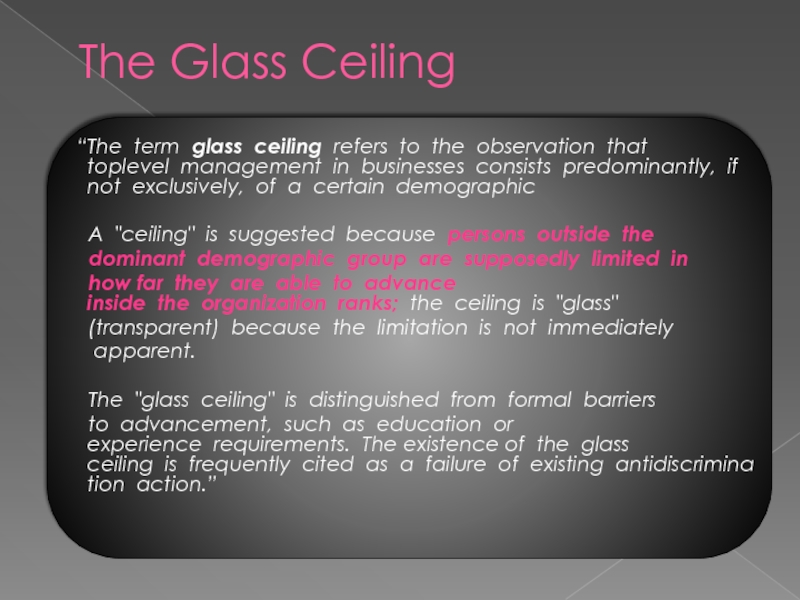 “The  term  glass  ceiling  refers  to  the  observation  that toplevel  management  in  businesses  consists  predominantly,  if not  exclusively,  of  a  certain  demographic

A  "ceiling"  is  suggested  because  persons  outside  the
dominant  demographic  group  are  supposedly  limited  in
how far  they  are  able  to  advance inside  the  organization  ranks;  the  ceiling  is  "glass"
(transparent)  because  the  limitation  is  not  immediately
apparent.

The  "glass  ceiling"  is  distinguished  from  formal  barriers
to  advancement,  such  as  education  or experience  requirements.  The existence of  the  glass ceiling  is  frequently  cited  as  a  failure  of  existing  antidiscrimination  action.” 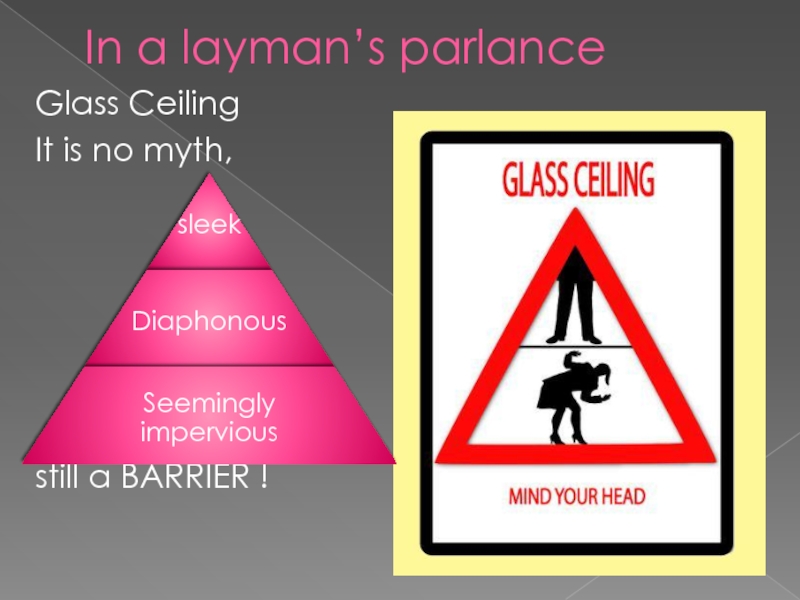 In a layman’s parlance

Glass Ceiling
It is no myth, 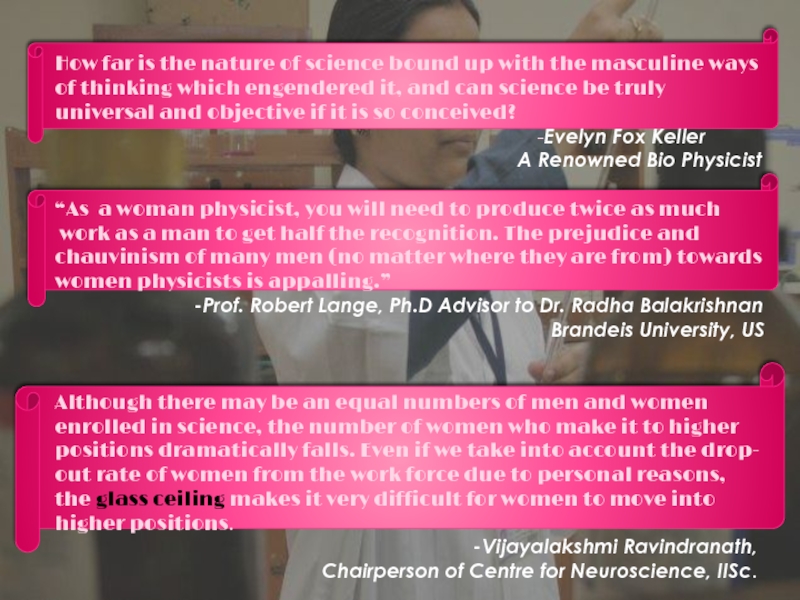 How far is the nature of science bound up with the masculine ways
of thinking which engendered it, and can science be truly
universal and objective if it is so conceived?
-Evelyn Fox Keller
A Renowned Bio Physicist

“As a woman physicist, you will need to produce twice as much
work as a man to get half the recognition. The prejudice and chauvinism of many men (no matter where they are from) towards women physicists is appalling.”
-Prof. Robert Lange, Ph.D Advisor to Dr. Radha Balakrishnan
Brandeis University, US


Although there may be an equal numbers of men and women
enrolled in science, the number of women who make it to higher positions dramatically falls. Even if we take into account the drop-
out rate of women from the work force due to personal reasons,
the glass ceiling makes it very difficult for women to move into
higher positions.
-Vijayalakshmi Ravindranath,
Chairperson of Centre for Neuroscience, IISc. 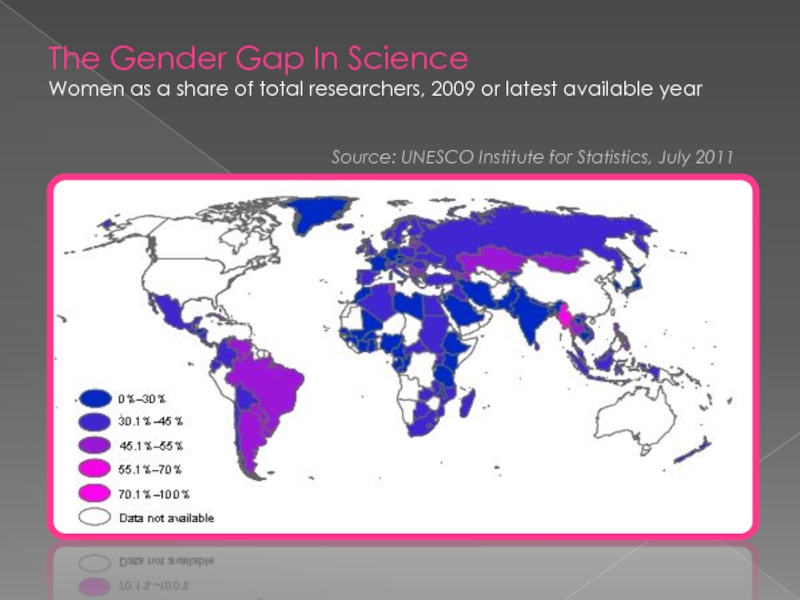 The Gender Gap In Science
Women as a share of total researchers, 2009 or latest available year 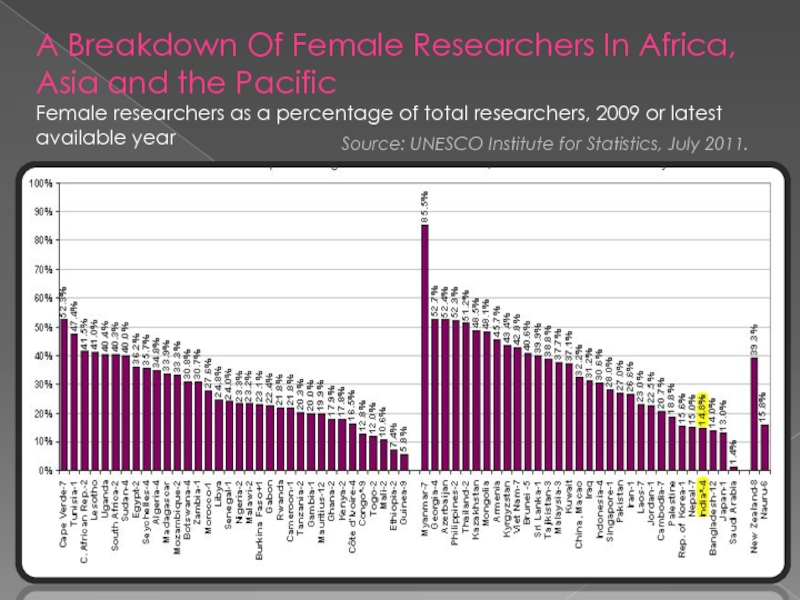 A Breakdown Of Female Researchers In Africa, Asia and the Pacific
Female researchers as a percentage of total researchers, 2009 or latest available year 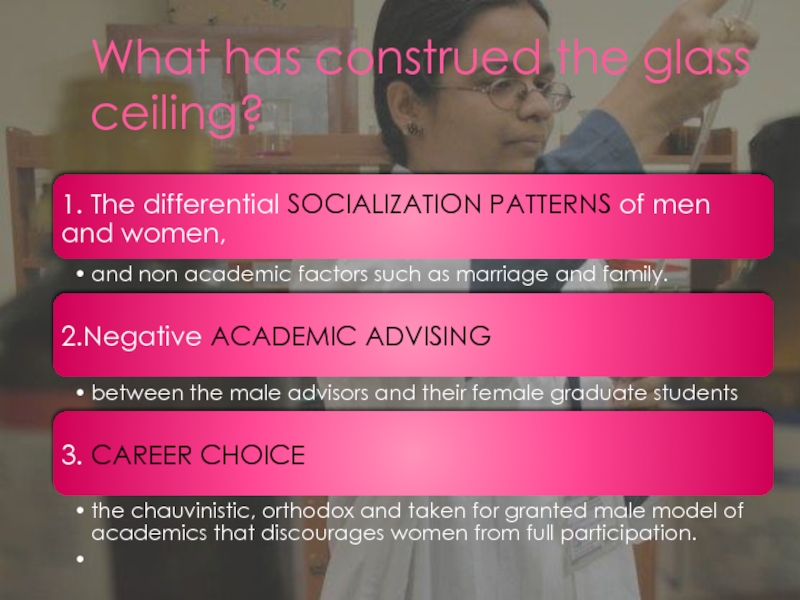 What has construed the glass ceiling? 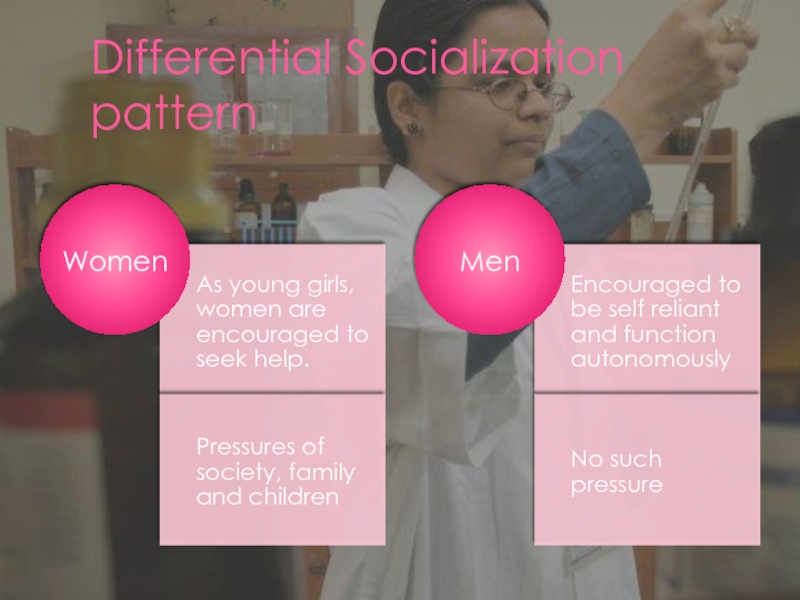 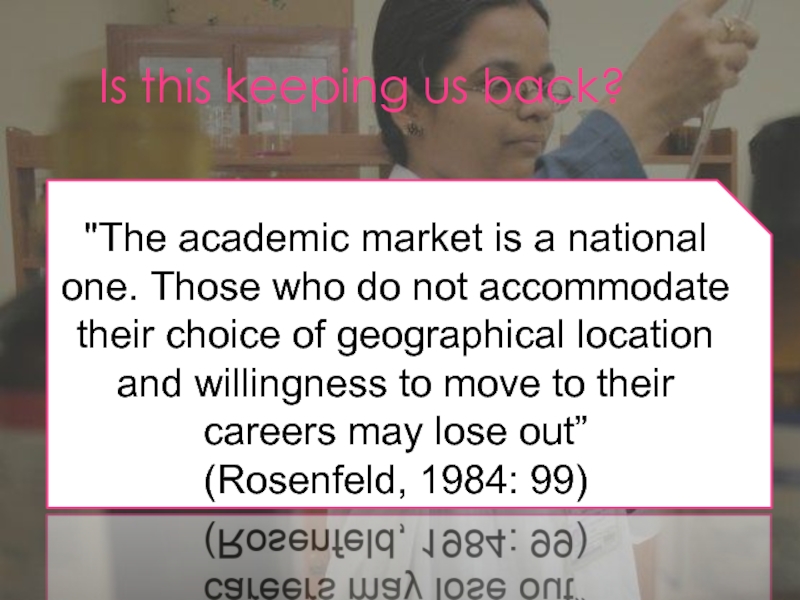 "The academic market is a national one. Those who do not accommodate their choice of geographical location and willingness to move to their careers may lose out”
(Rosenfeld, 1984: 99)

Is this keeping us back? 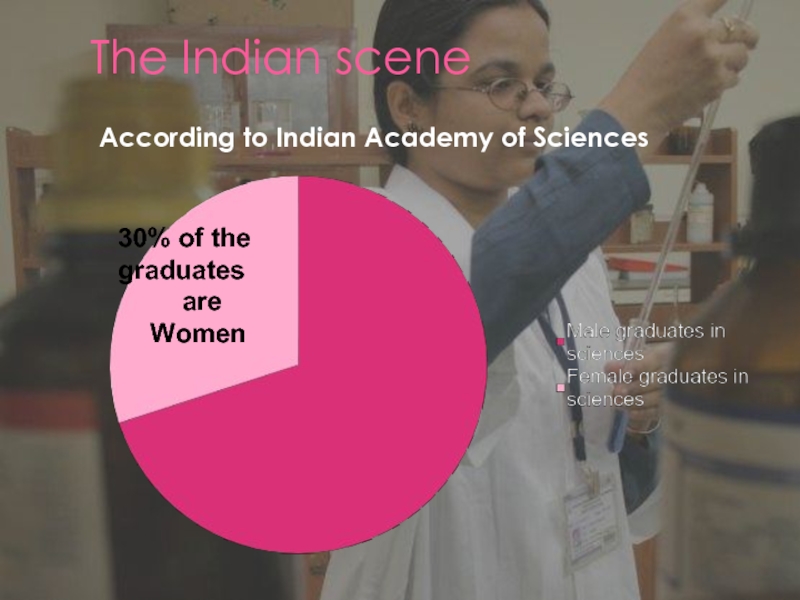 30% of the
graduates
are
Women

According to Indian Academy of Sciences 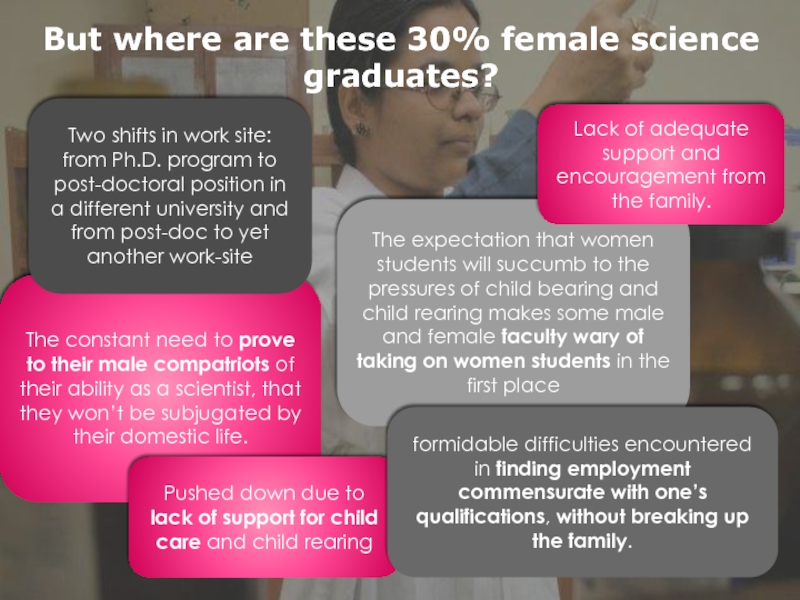 But where are these 30% female science
graduates?

The constant need to prove to their male compatriots of their ability as a scientist, that they won’t be subjugated by their domestic life.

Lack of adequate support and encouragement from the family.

Two shifts in work site: from Ph.D. program to post-doctoral position in a different university and from post-doc to yet another work-site

formidable difficulties encountered in finding employment commensurate with one’s qualifications, without breaking up the family. 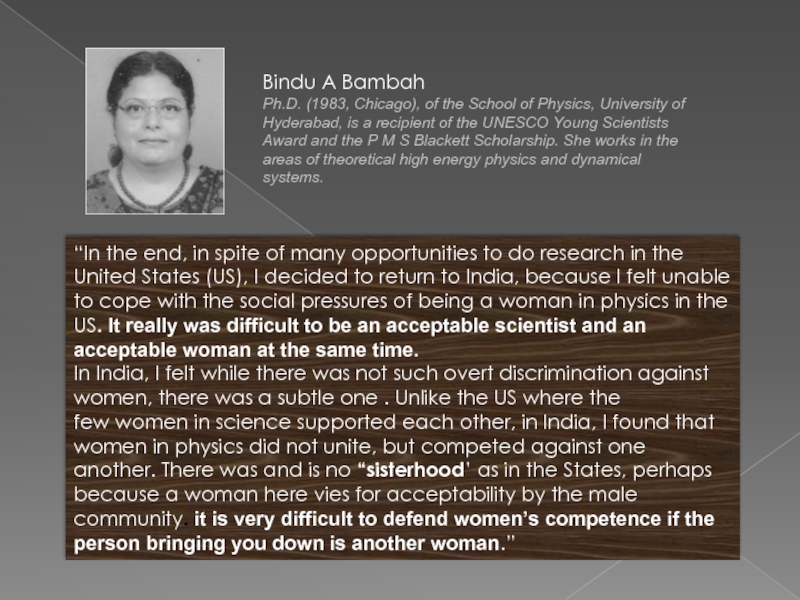 “In the end, in spite of many opportunities to do research in the United States (US), I decided to return to India, because I felt unable to cope with the social pressures of being a woman in physics in the US. It really was difficult to be an acceptable scientist and an acceptable woman at the same time.
In India, I felt while there was not such overt discrimination against women, there was a subtle one . Unlike the US where the
few women in science supported each other, in India, I found that
women in physics did not unite, but competed against one another. There was and is no “sisterhood’ as in the States, perhaps
because a woman here vies for acceptability by the male community. it is very difficult to defend women’s competence if the person bringing you down is another woman.”

Bindu A Bambah
Ph.D. (1983, Chicago), of the School of Physics, University of Hyderabad, is a recipient of the UNESCO Young Scientists Award and the P M S Blackett Scholarship. She works in the areas of theoretical high energy physics and dynamical systems. 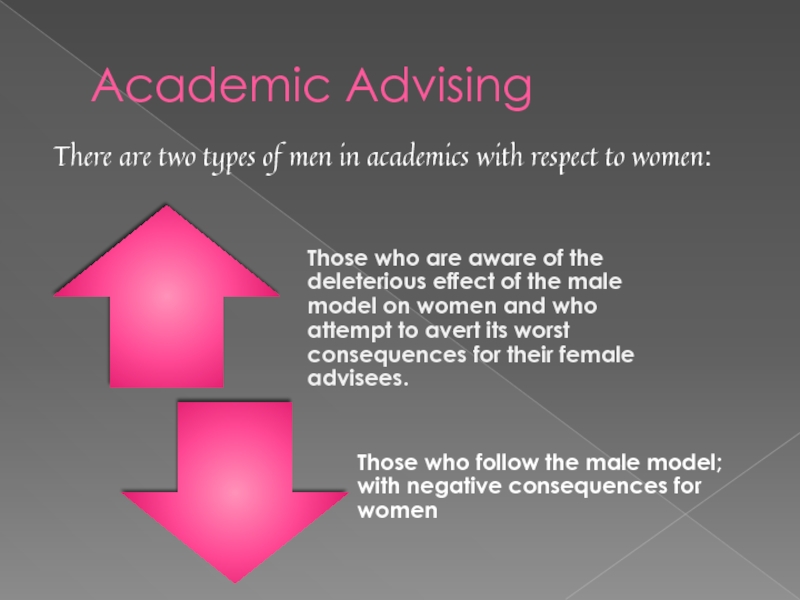 There are two types of men in academics with respect to women: 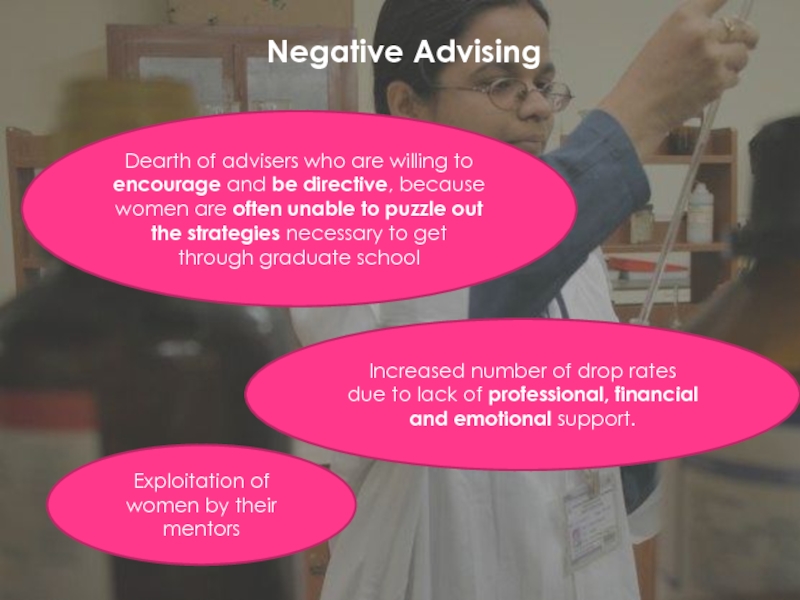 Dearth of advisers who are willing to encourage and be directive, because women are often unable to puzzle out the strategies necessary to get through graduate school

Increased number of drop rates
due to lack of professional, financial
and emotional support.

Exploitation of women by their mentors 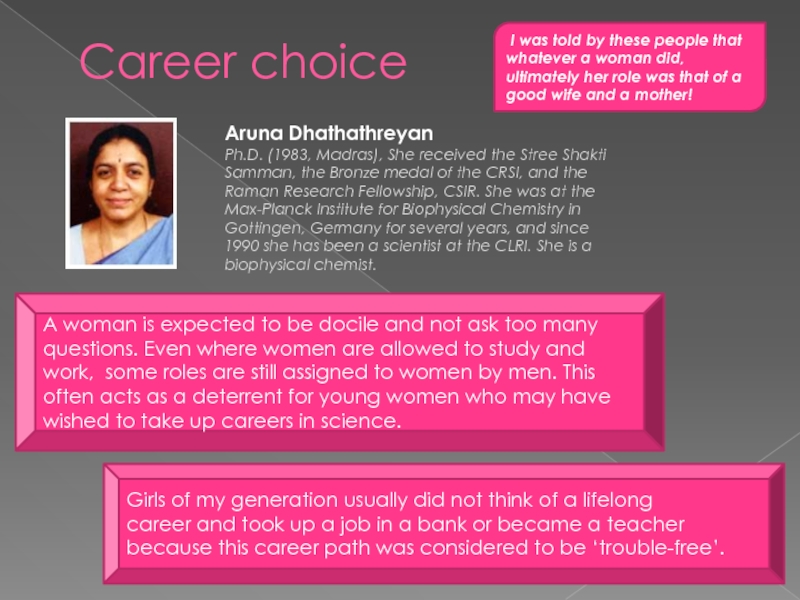 A woman is expected to be docile and not ask too many questions. Even where women are allowed to study and work, some roles are still assigned to women by men. This often acts as a deterrent for young women who may have wished to take up careers in science.

Girls of my generation usually did not think of a lifelong
career and took up a job in a bank or became a teacher because this career path was considered to be ‘trouble-free’.

Aruna Dhathathreyan Ph.D. (1983, Madras), She received the Stree Shakti Samman, the Bronze medal of the CRSI, and the Raman Research Fellowship, CSIR. She was at the Max-Planck Institute for Biophysical Chemistry in Gottingen, Germany for several years, and since 1990 she has been a scientist at the CLRI. She is a biophysical chemist.

I was told by these people that whatever a woman did, ultimately her role was that of a good wife and a mother! 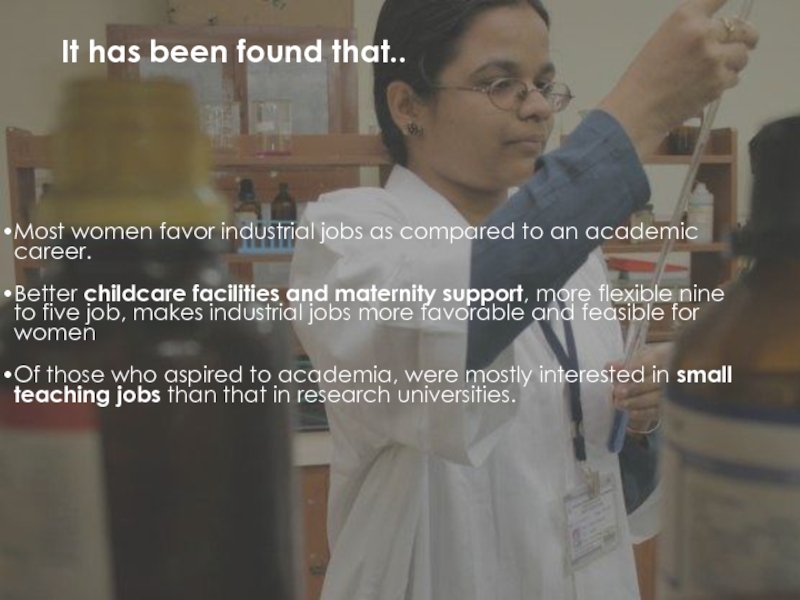 Most women favor industrial jobs as compared to an academic career.

Of those who aspired to academia, were mostly interested in small teaching jobs than that in research universities.

It has been found that.. 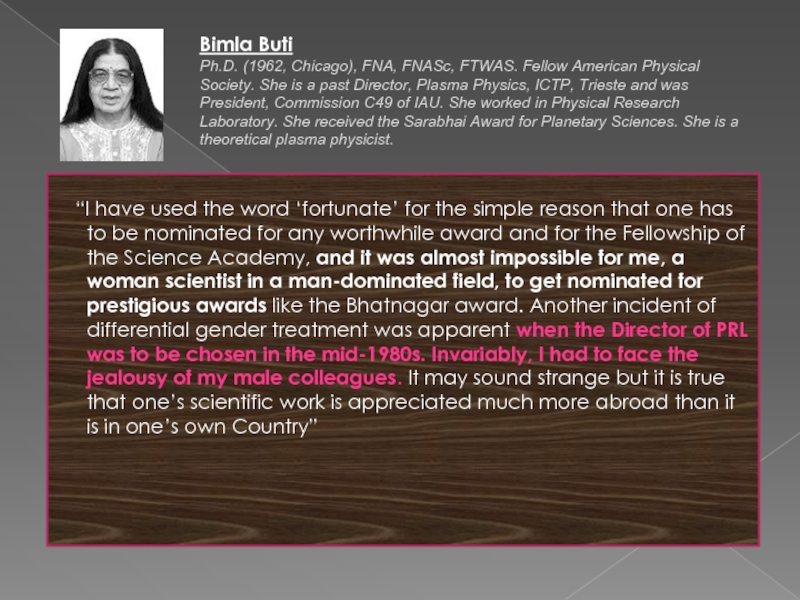 “I have used the word ‘fortunate’ for the simple reason that one has to be nominated for any worthwhile award and for the Fellowship of the Science Academy, and it was almost impossible for me, a woman scientist in a man-dominated field, to get nominated for prestigious awards like the Bhatnagar award. Another incident of differential gender treatment was apparent when the Director of PRL was to be chosen in the mid-1980s. Invariably, I had to face the jealousy of my male colleagues. It may sound strange but it is true that one’s scientific work is appreciated much more abroad than it is in one’s own Country”

Bimla Buti Ph.D. (1962, Chicago), FNA, FNASc, FTWAS. Fellow American Physical Society. She is a past Director, Plasma Physics, ICTP, Trieste and was President, Commission C49 of IAU. She worked in Physical Research Laboratory. She received the Sarabhai Award for Planetary Sciences. She is a theoretical plasma physicist. 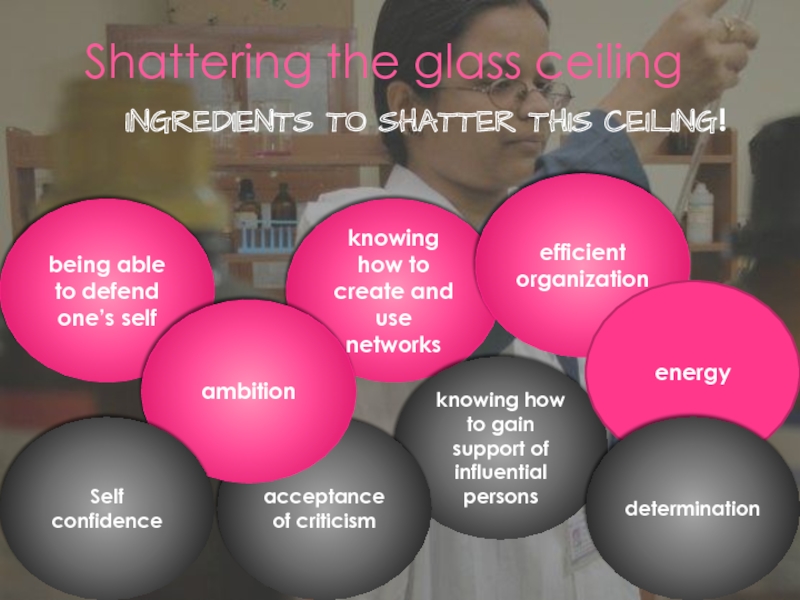 INGREDIENTS TO SHATTER THIS CEILING!

knowing how to create and use networks

knowing how to gain support of influential persons

being able to defend one’s self 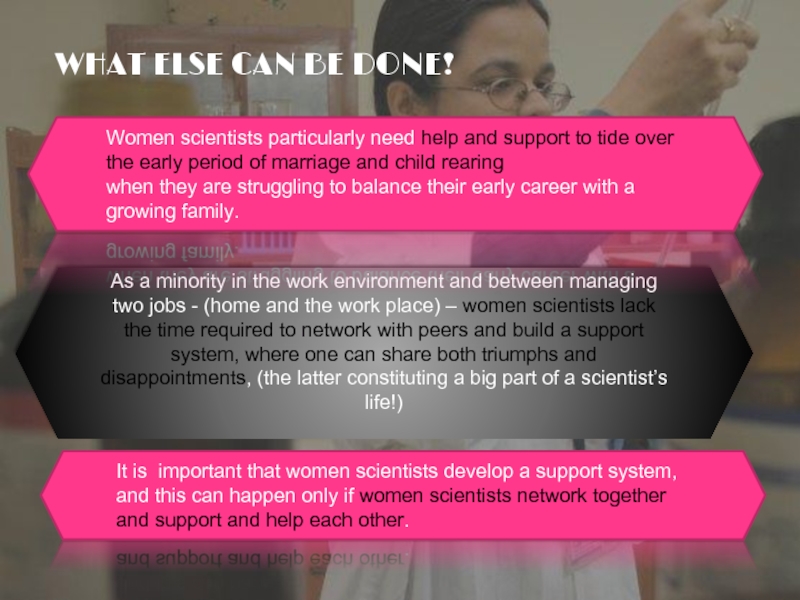 As a minority in the work environment and between managing two jobs - (home and the work place) – women scientists lack the time required to network with peers and build a support system, where one can share both triumphs and disappointments, (the latter constituting a big part of a scientist’s life!)

Women scientists particularly need help and support to tide over the early period of marriage and child rearing
when they are struggling to balance their early career with a growing family.

WHAT ELSE CAN BE DONE! 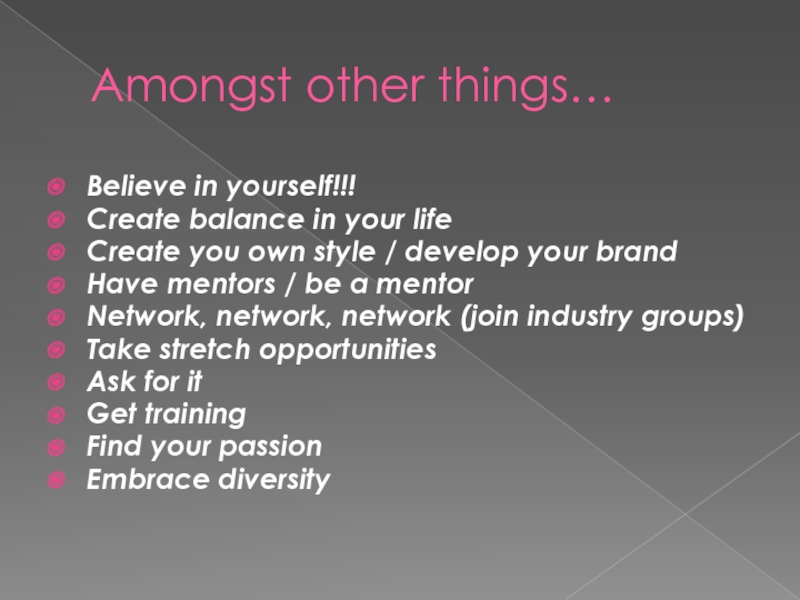 Believe in yourself!!!
Create balance in your life
Create you own style / develop your brand
Have mentors / be a mentor
Network, network, network (join industry groups)
Take stretch opportunities
Ask for it
Get training
Find your passion
Embrace diversity 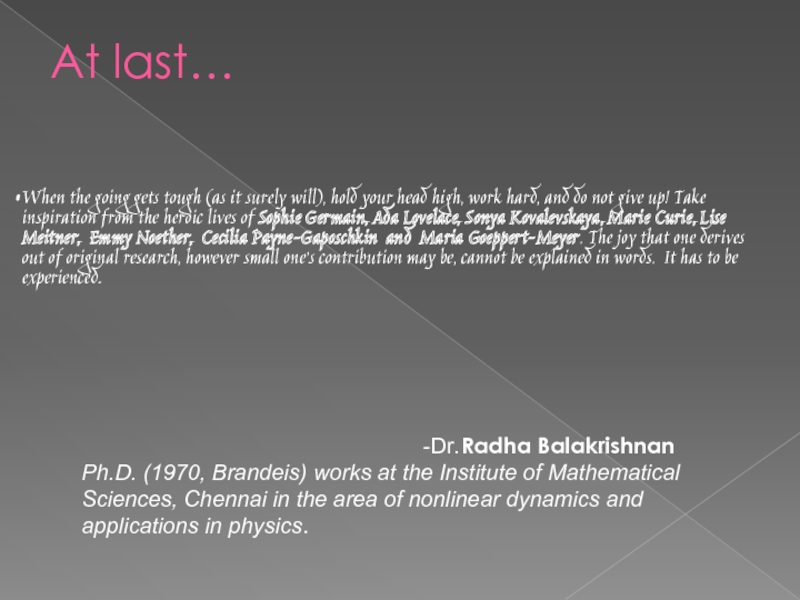 
-Dr.Radha Balakrishnan Ph.D. (1970, Brandeis) works at the Institute of Mathematical Sciences, Chennai in the area of nonlinear dynamics and applications in physics.

When the going gets tough (as it surely will), hold your head high, work hard, and do not give up! Take inspiration from the heroic lives of Sophie Germain, Ada Lovelace, Sonya Kovalevskaya, Marie Curie, Lise Meitner, Emmy Noether, Cecilia Payne-Gaposchkin and Maria Goeppert-Meyer. The joy that one derives out of original research, however small one’s contribution may be, cannot be explained in words. It has to be experienced. 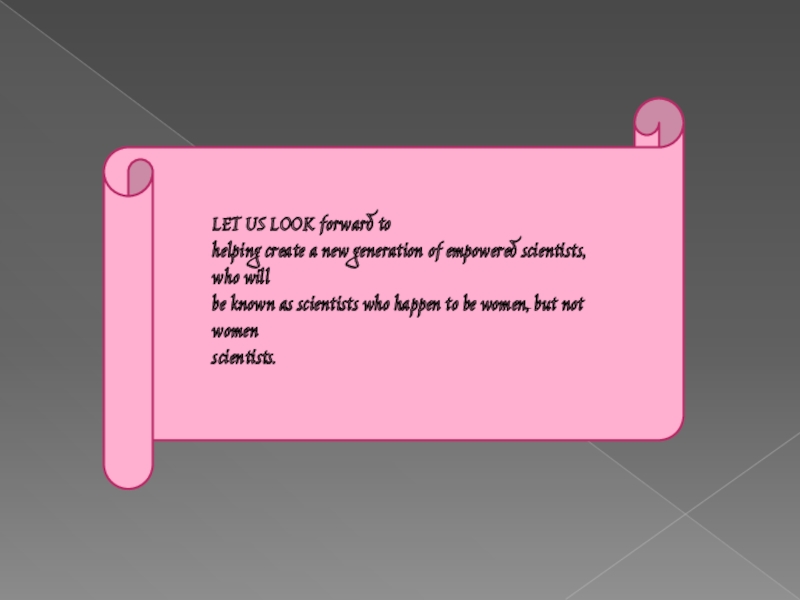 LET US LOOK forward to
helping create a new generation of empowered scientists, who will
be known as scientists who happen to be women, but not women
scientists. 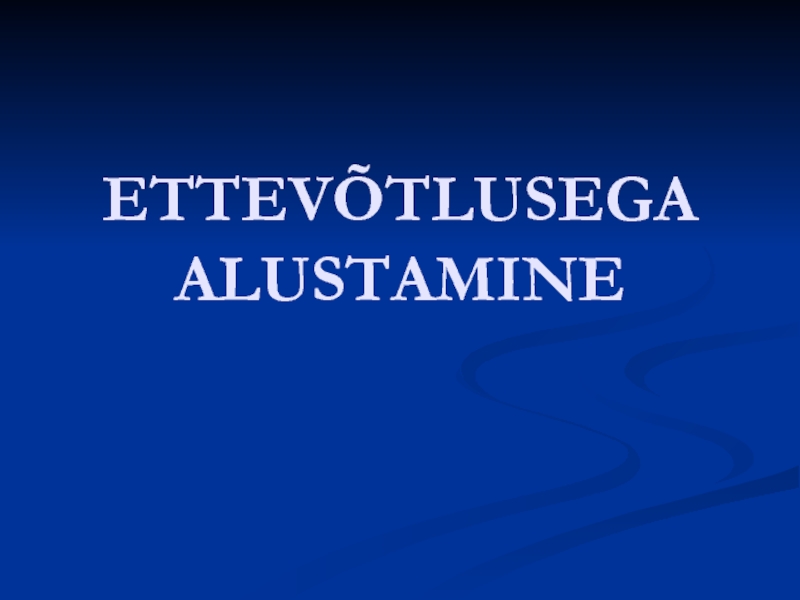 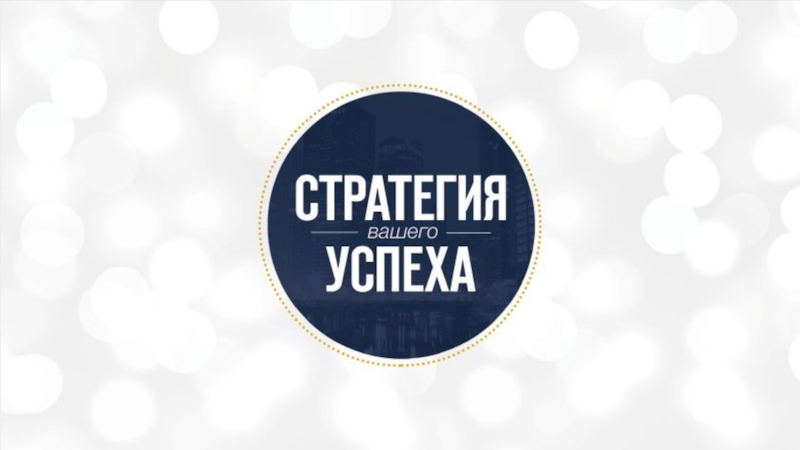 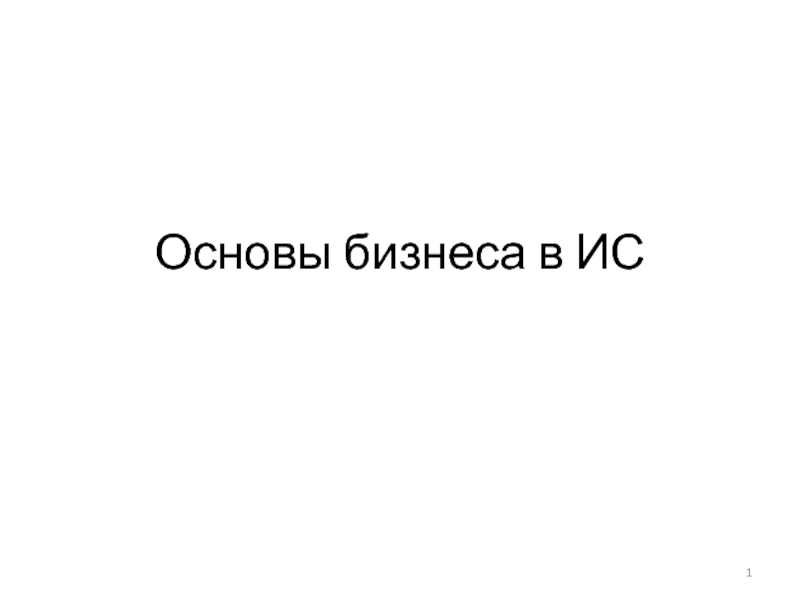 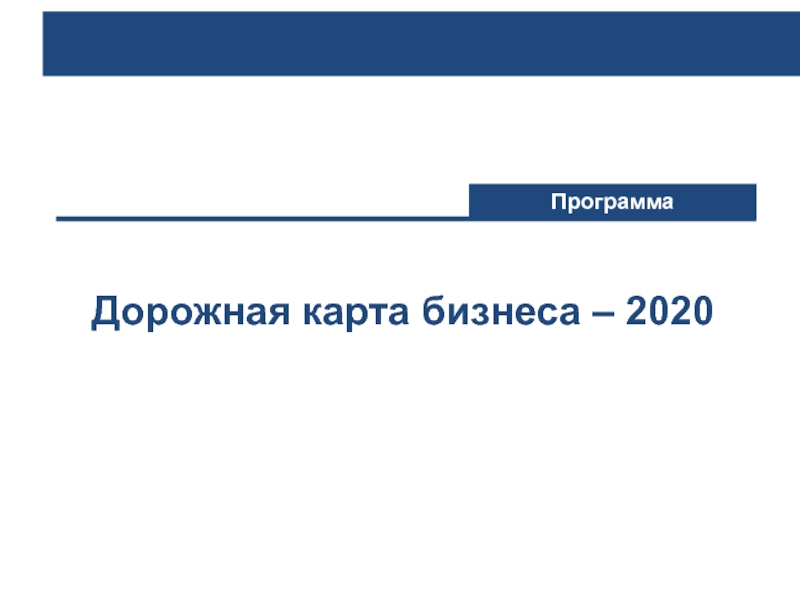 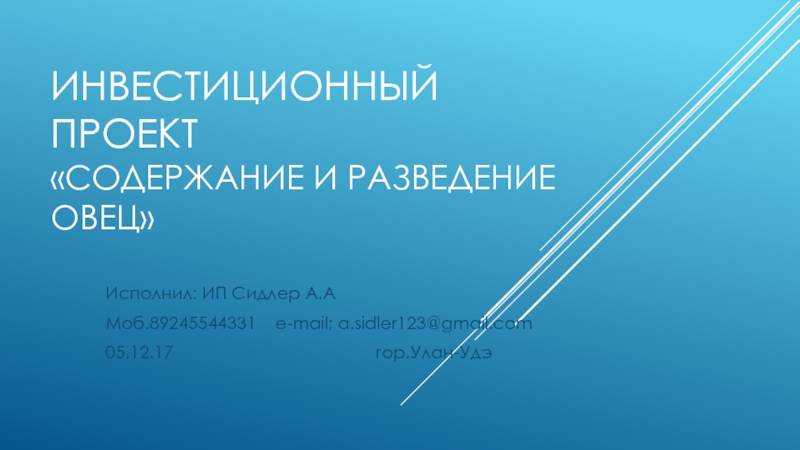 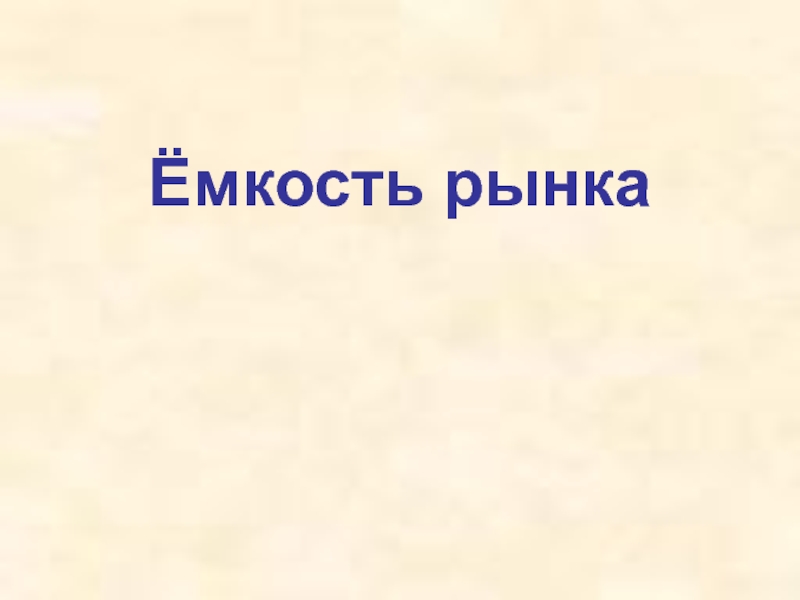