What country is this? 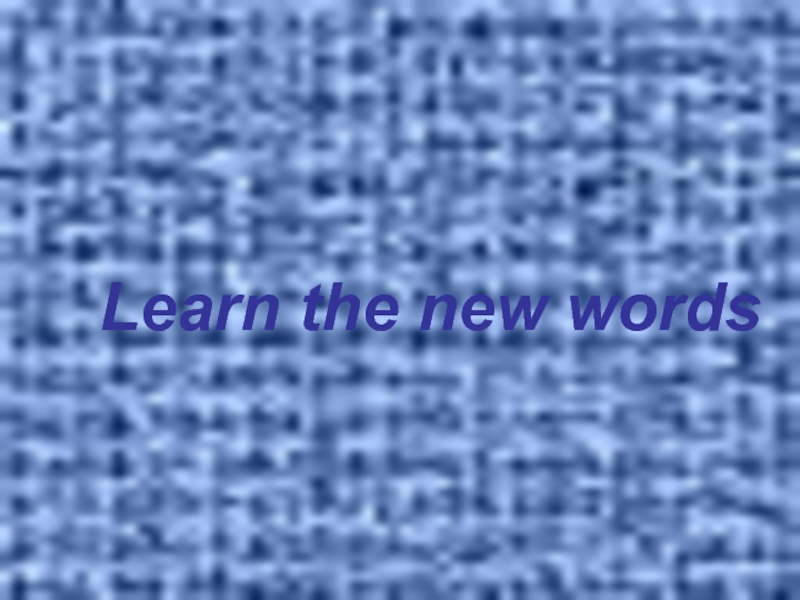 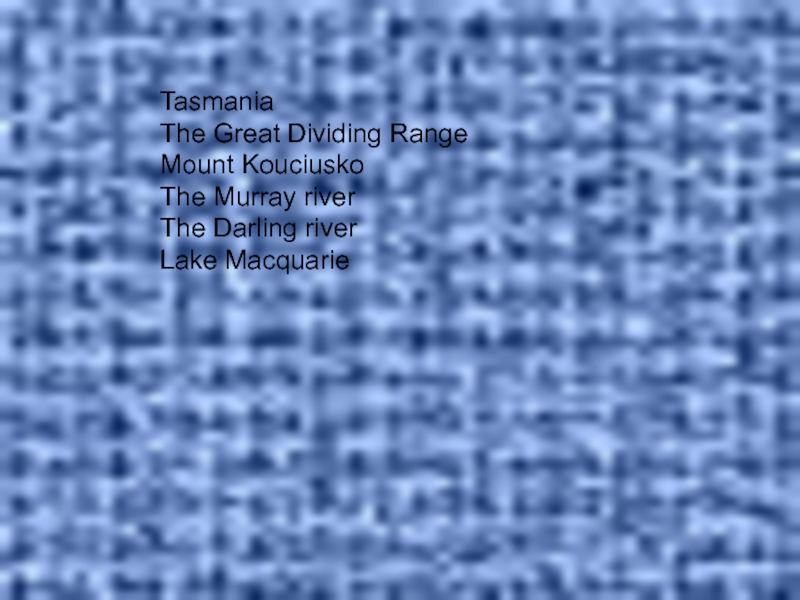 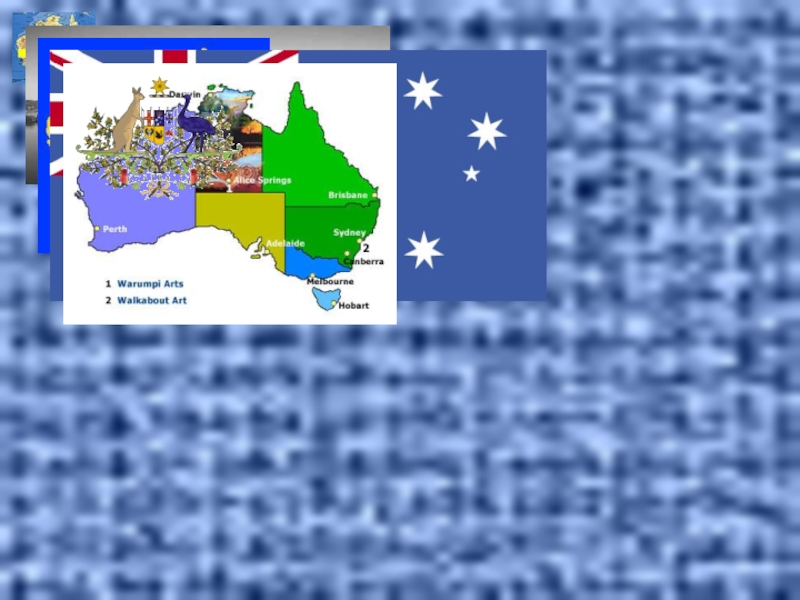 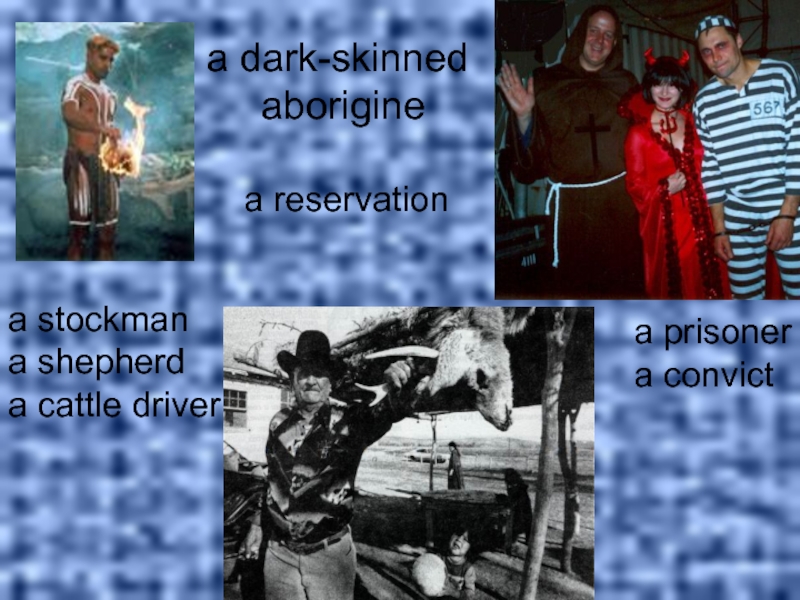 a stockman a shepherd a cattle driver

a prisoner
a convict 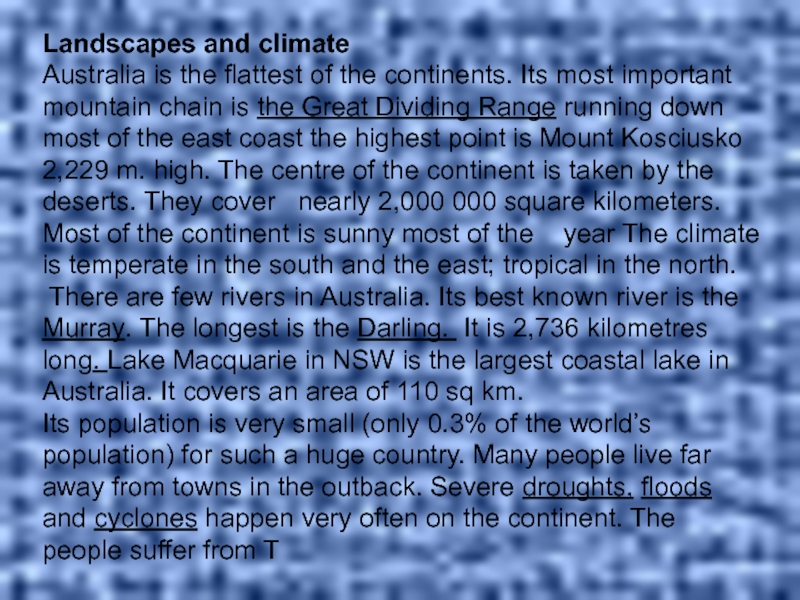 Landscapes and climate
Australia is the flattest of the continents. Its most important mountain chain is the Great Dividing Range running down most of the east coast the highest point is Mount Kosciusko 2,229 m. high. The centre of the continent is taken by the deserts. They cover nearly 2,000 000 square kilometers. Most of the continent is sunny most of the year The climate is temperate in the south and the east; tropical in the north.
There are few rivers in Australia. Its best known river is the Murray. The longest is the Darling. It is 2,736 kilometres long. Lake Macquarie in NSW is the largest coastal lake in Australia. It covers an area of 110 sq km.
Its population is very small (only 0.3% of the world’s population) for such a huge country. Many people live far away from towns in the outback. Severe droughts, floods and cyclones happen very often on the continent. The people suffer from T 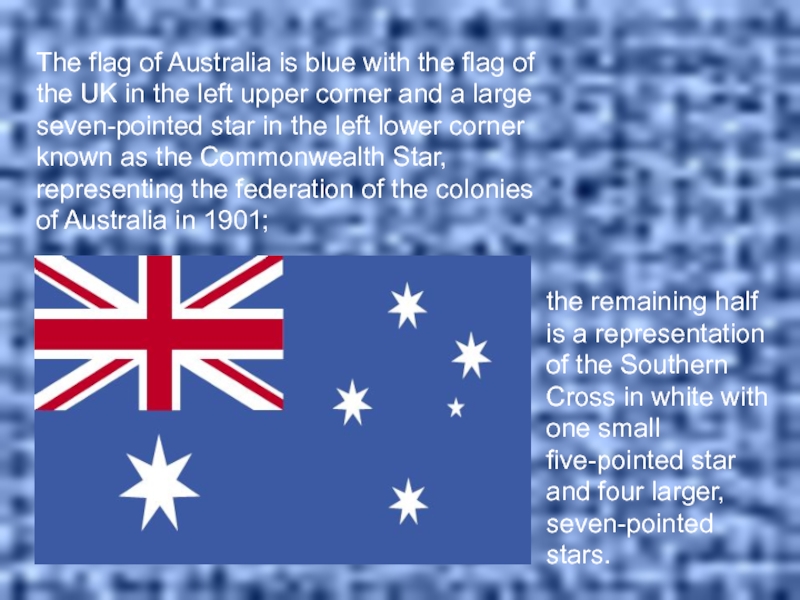 the remaining half is a representation of the Southern Cross in white with one small five-pointed star and four larger, seven-pointed stars.

HISTORY
The first Australian people were the dark-skinned Aborigines, and though the coming of the white settlers destroyed their tribal lives, some sixty thousand (about 1% of the population) still survive in Australia today. They may be found in the island areas of the country. Some live on reservations, others work as stockmen, shepherds and cattle drivers. Some live in modern cities but it is not really easy for them. They have to fight for their rights.
The first Europeans to land in this country were Dutch sailors who were blown off their course across the Indian Ocean in the seventeenth century. They were not impressed by what they found. In 1770 an Englishman Captain Cook arrived into the new country hoisted the British Flag, and Australia became British.
But his discovery was remembered only after the American Revolution when royalists, who had to leave the United States, appealed to the British Colonial Office for new colonies, in which to settle. The British Government needed a place to send British prisoners, too. So in 1787 over 1000 people, 850 of them were convicts, set sail to start the first colony in Australia
The national holiday, Australia Day, is now celebrated on or near January 26th in memory of the landing of the British in 1788. They began to build new settlements. The young country grew very fast.
Today Australia is an independent federative state consisting of 6 states and 2 territories. It is a member of the Commonwealth headed by the British Queen. 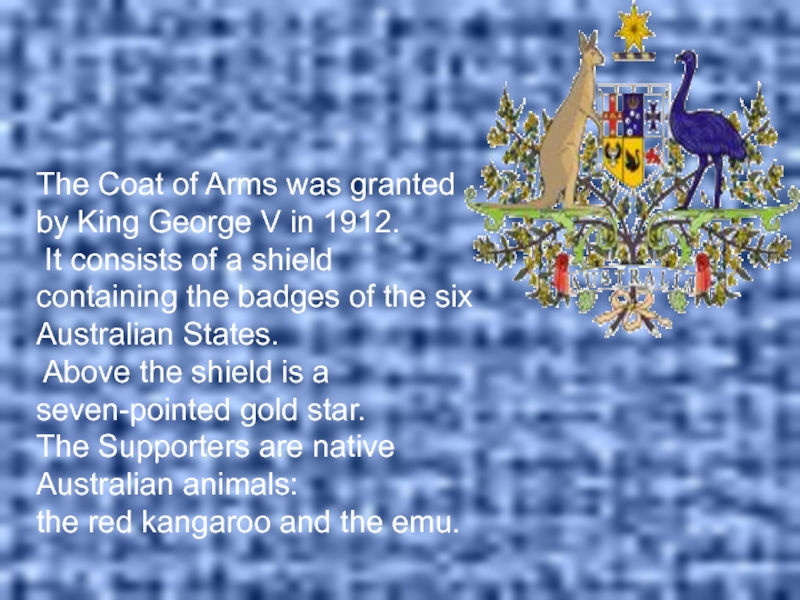 The Coat of Arms was granted by King George V in 1912.
It consists of a shield containing the badges of the six Australian States.
Above the shield is a seven-pointed gold star.
The Supporters are native Australian animals:
the red kangaroo and the emu.

The capital of Australia
Canberra is the capital of Australia.
Less than a hundred years ago, there was nothing except sheep in Canberra. But then Australians decided to build a capital city.. The work began in 1913. Now, Canberra is an international city, full of diplomats and government offices. It’s beautiful place, with parks, lakes, big open streets and fine buildings 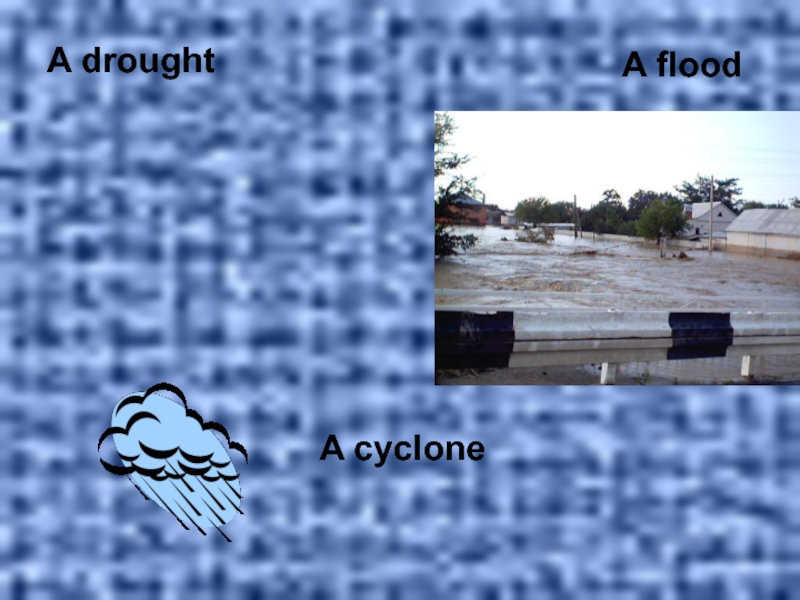 Geographical position
Australia is located south of Asia, between the Pacific and the Indian Oceans. It is the world’s largest island and its smallest continent. It is the 6th largest country on earth, with a total area of 7,686,850 sq km. This large area is populated by only 19 million people The continent is south of the Equator. It is made up of mainland Australia and of island Tasmania to the south.

Tasmania is small. It’s the same size as England. It is also very different from the other states. There are no deserts in Tasmania. It often rains, both in winter and summer. Only a half of million people live in Tasmania, and a large part of the island is still covered with wild, beautiful wild forests. These forests are full of wonderful flowers and interesting animals.