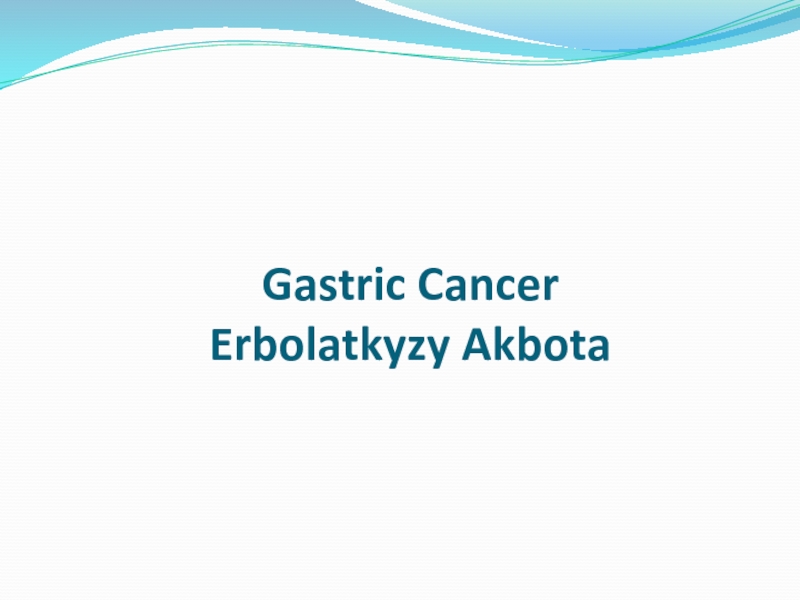 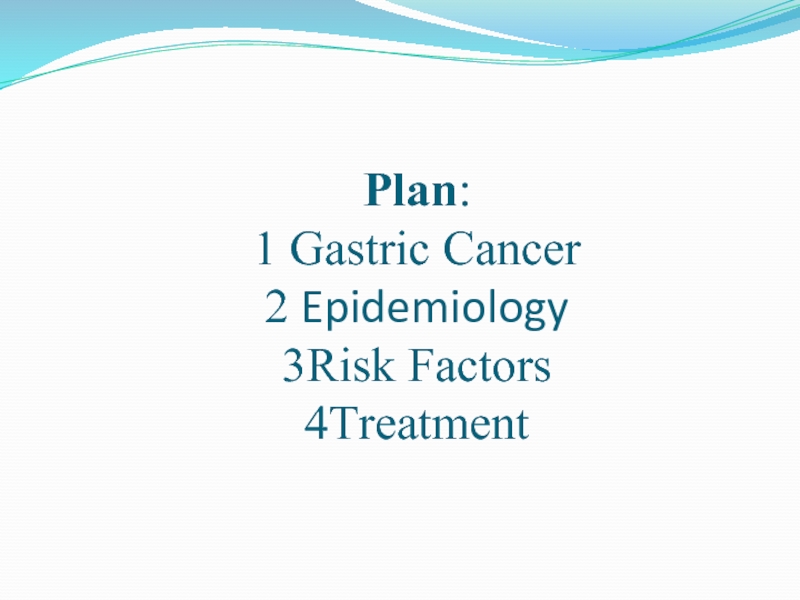 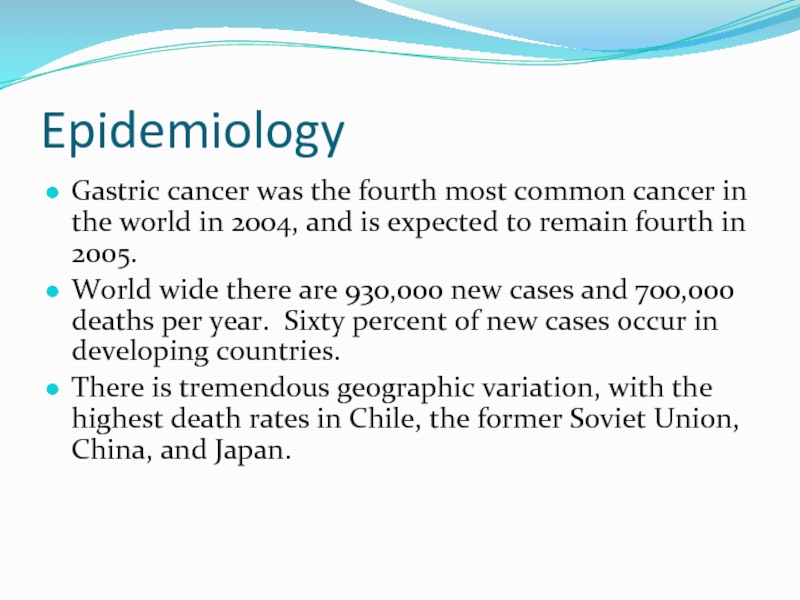 Gastric cancer was the fourth most common cancer in the world in 2004, and is expected to remain fourth in 2005.
World wide there are 930,000 new cases and 700,000 deaths per year. Sixty percent of new cases occur in developing countries.
There is tremendous geographic variation, with the highest death rates in Chile, the former Soviet Union, China, and Japan. 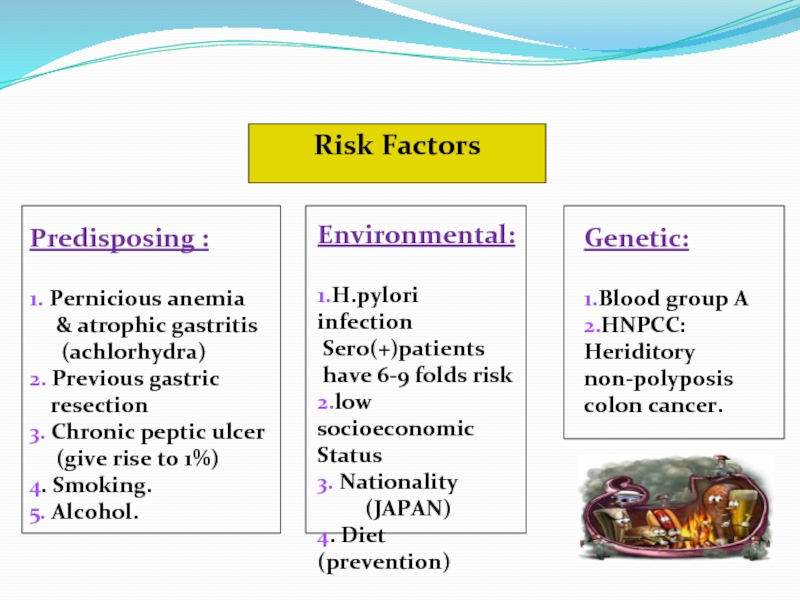 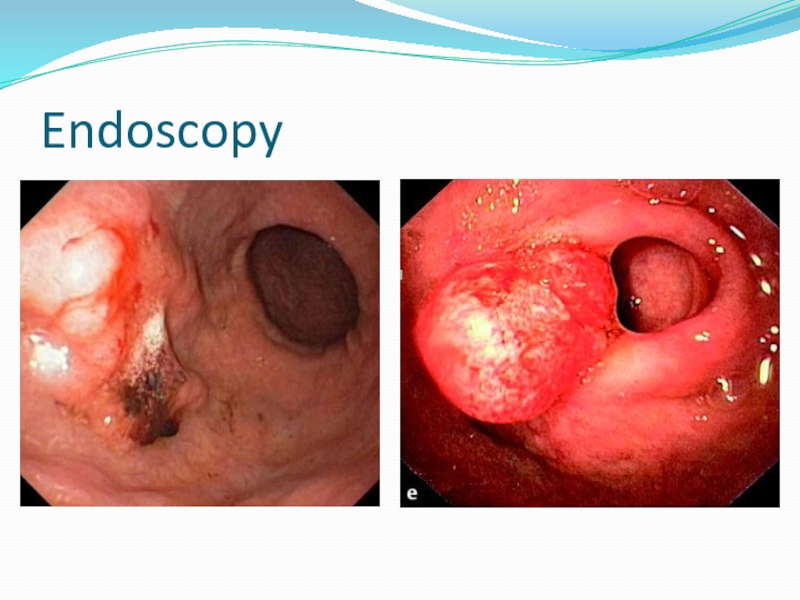 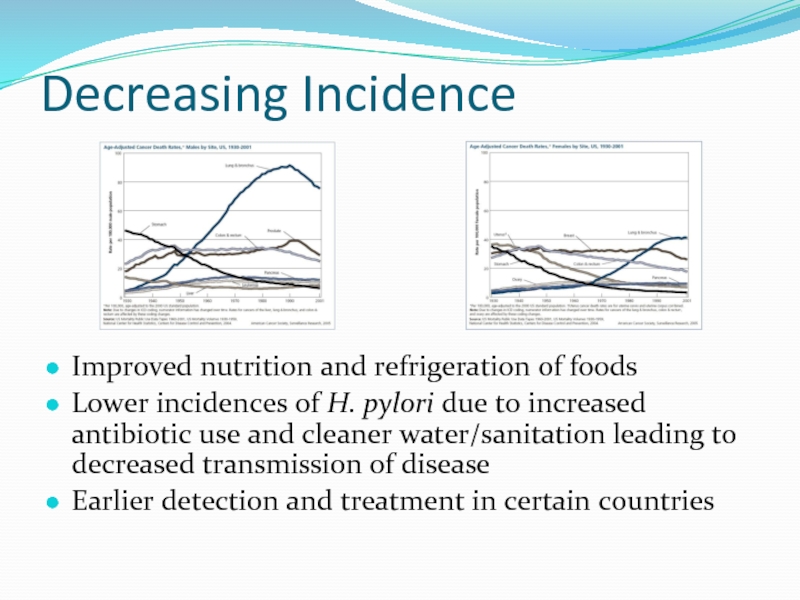 Improved nutrition and refrigeration of foods
Lower incidences of H. pylori due to increased antibiotic use and cleaner water/sanitation leading to decreased transmission of disease
Earlier detection and treatment in certain countries 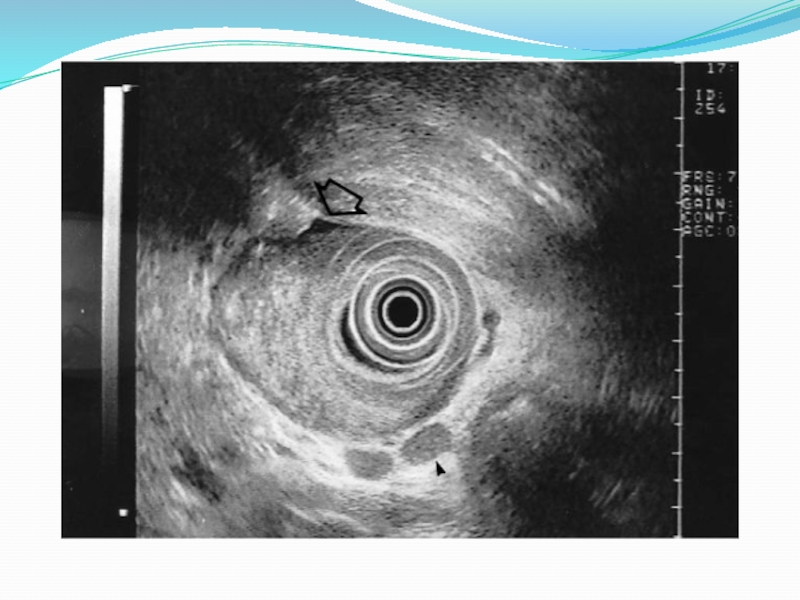 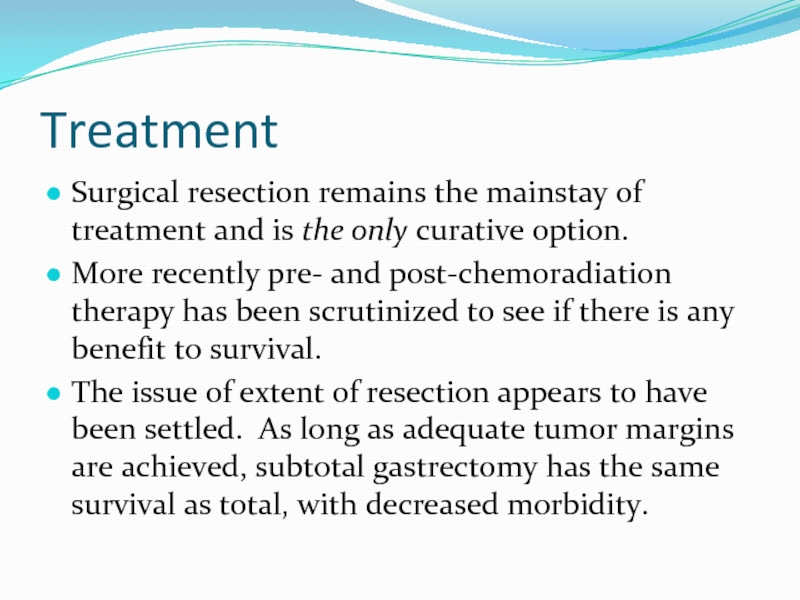 Surgical resection remains the mainstay of treatment and is the only curative option.
More recently pre- and post-chemoradiation therapy has been scrutinized to see if there is any benefit to survival.
The issue of extent of resection appears to have been settled. As long as adequate tumor margins are achieved, subtotal gastrectomy has the same survival as total, with decreased morbidity. 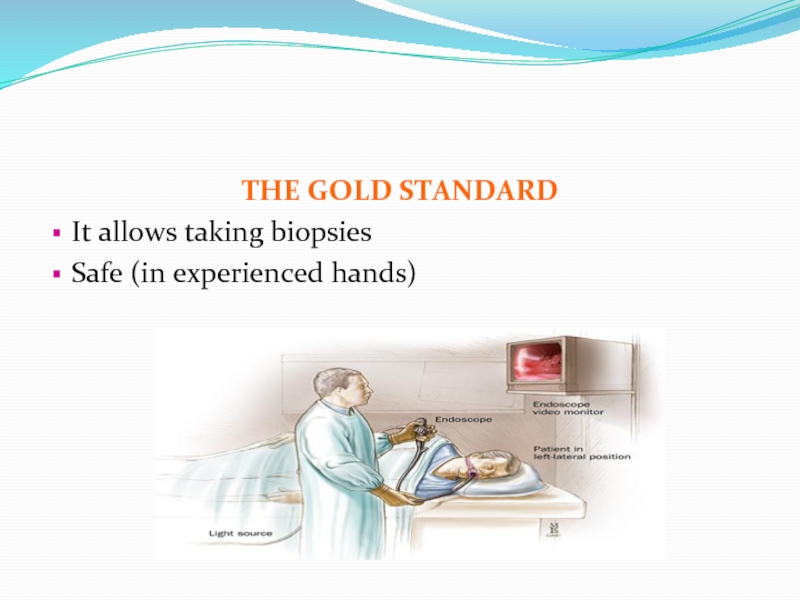 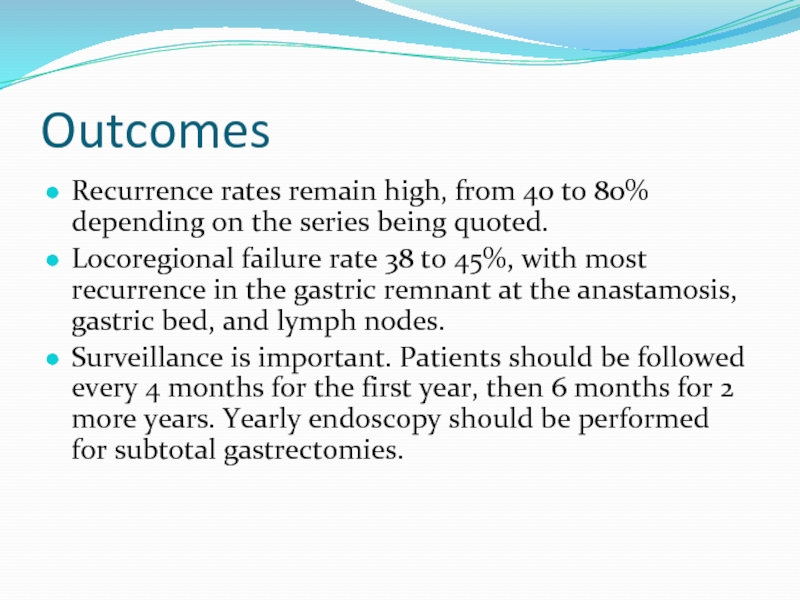 Recurrence rates remain high, from 40 to 80% depending on the series being quoted.
Locoregional failure rate 38 to 45%, with most recurrence in the gastric remnant at the anastamosis, gastric bed, and lymph nodes.
Surveillance is important. Patients should be followed every 4 months for the first year, then 6 months for 2 more years. Yearly endoscopy should be performed for subtotal gastrectomies. 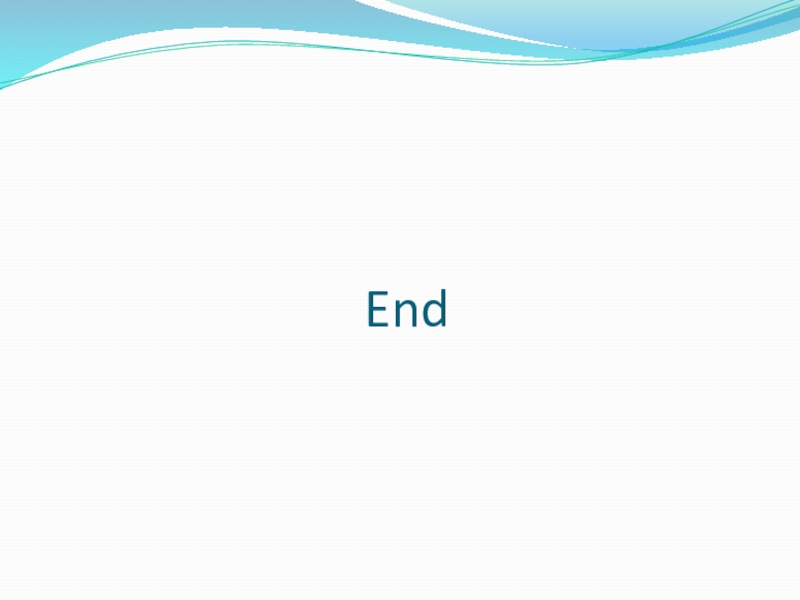 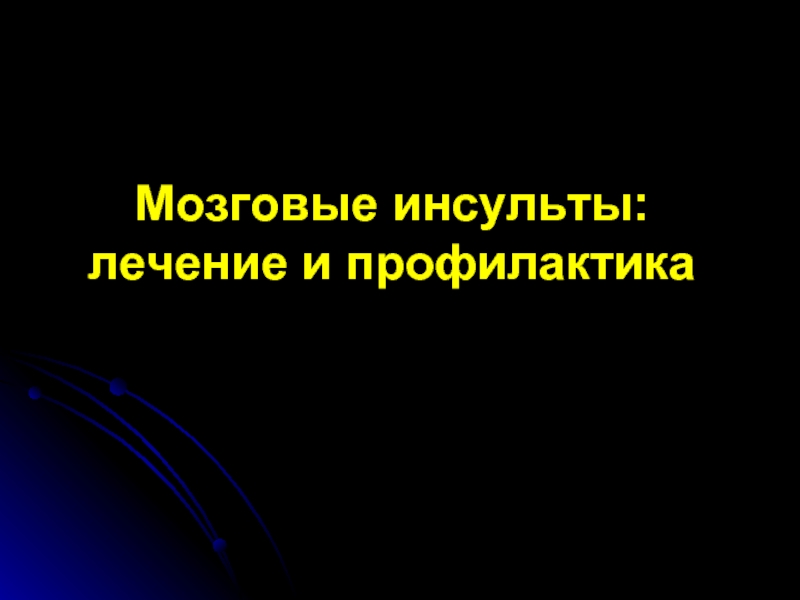 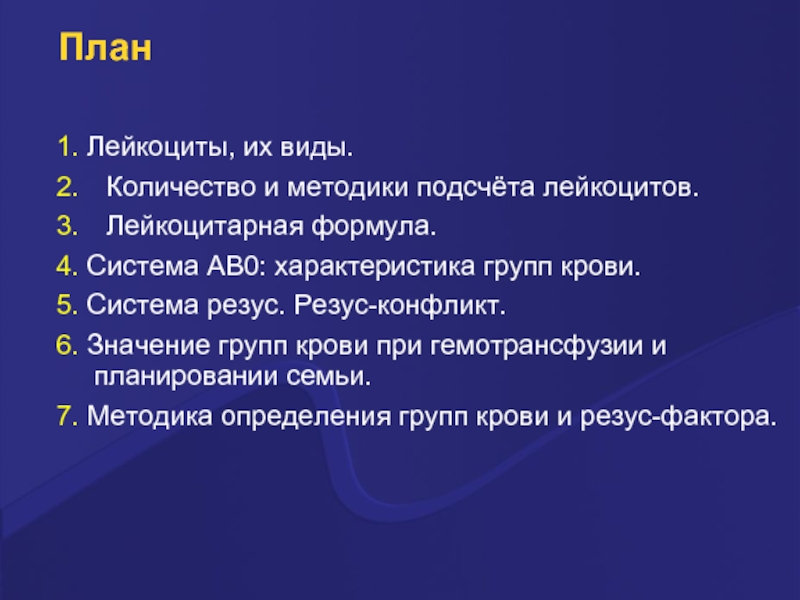 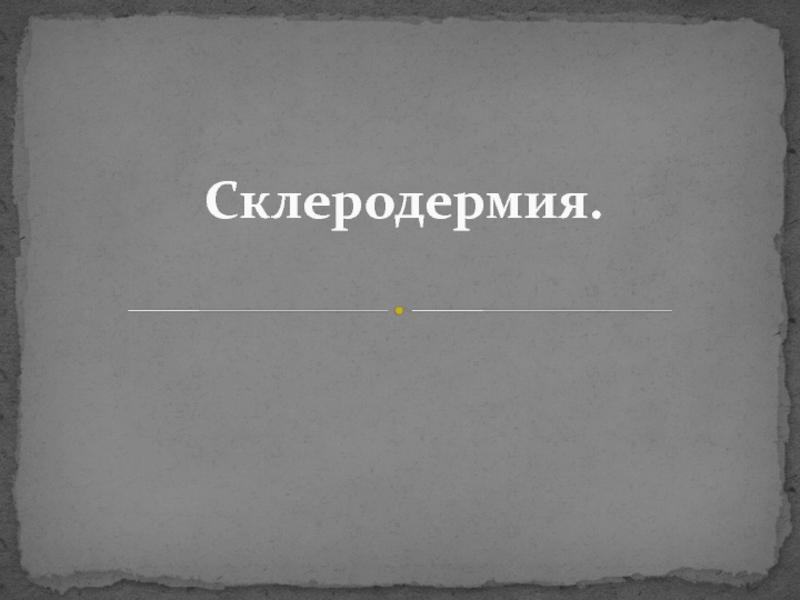 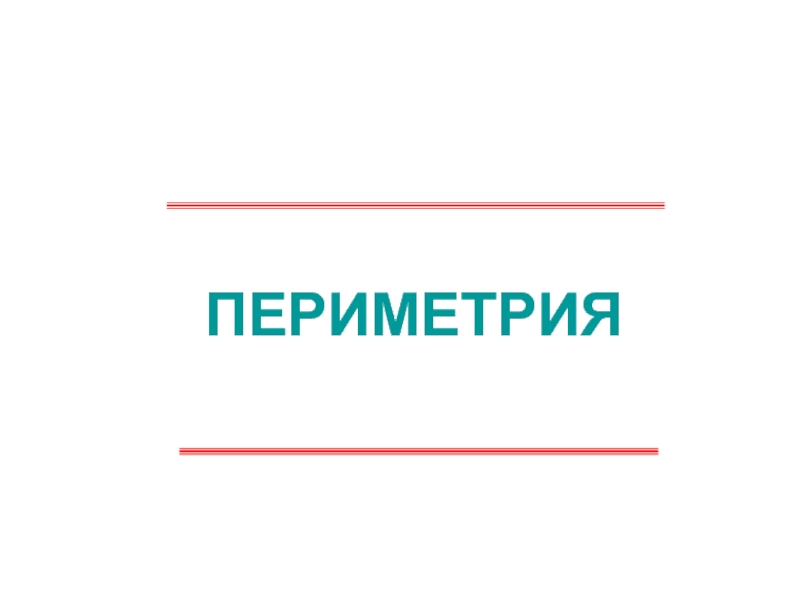 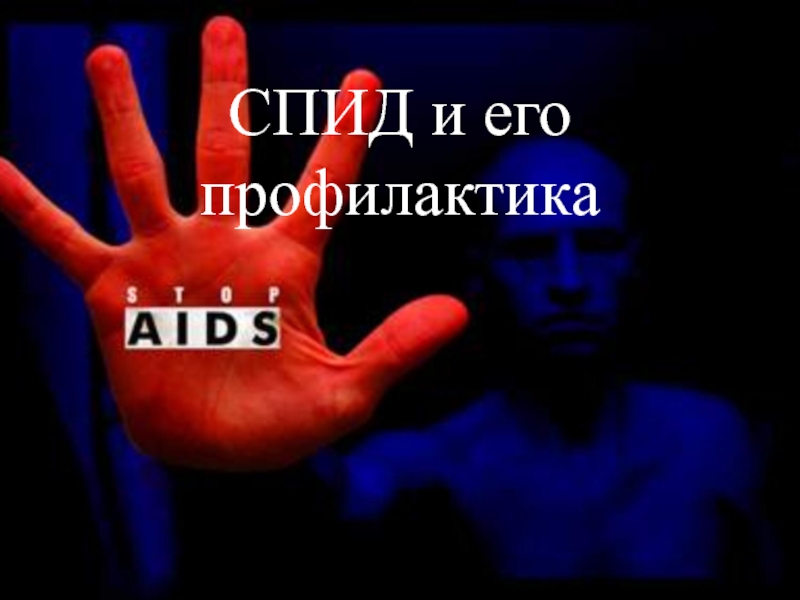 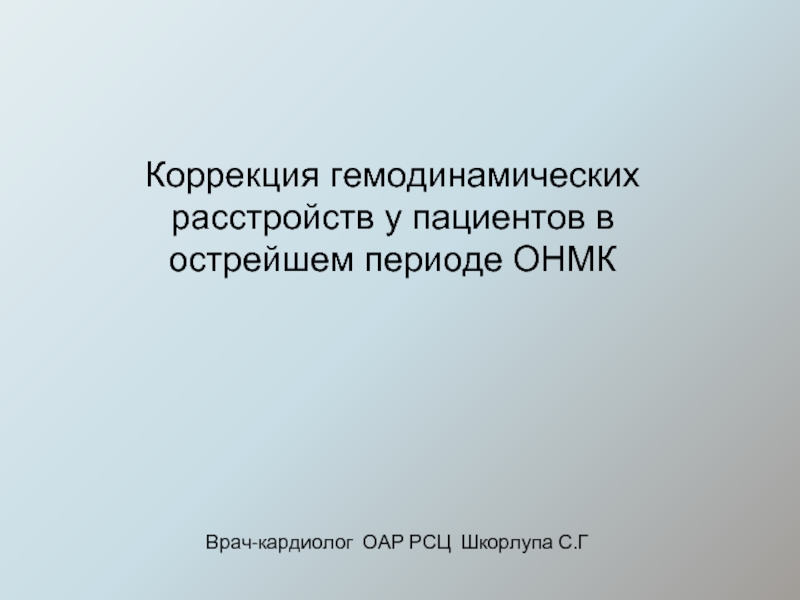