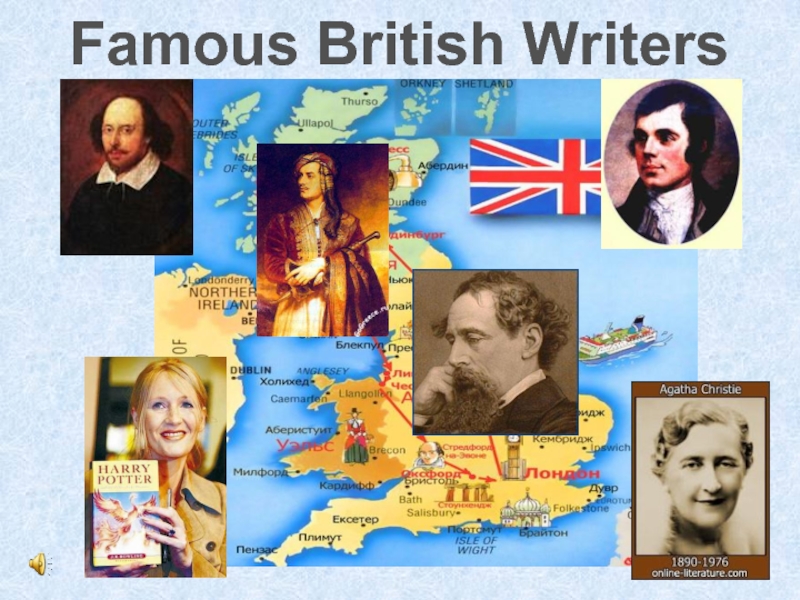 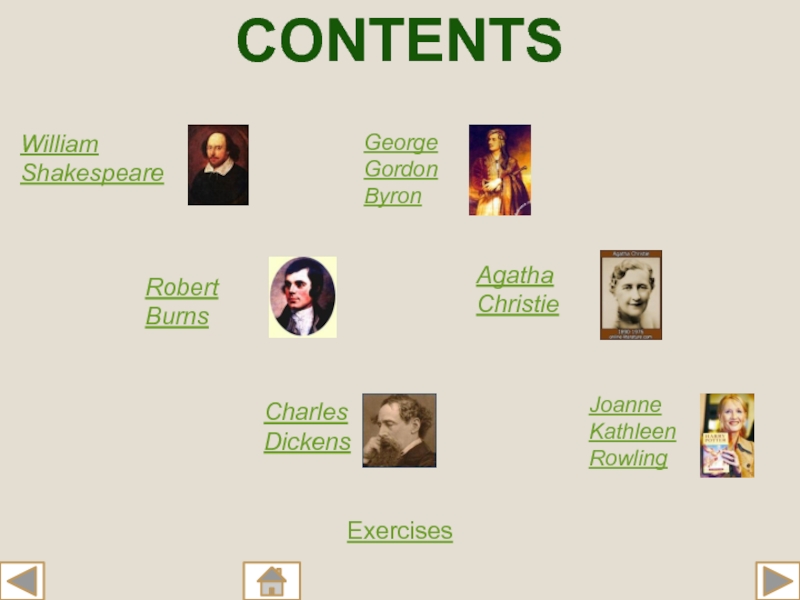 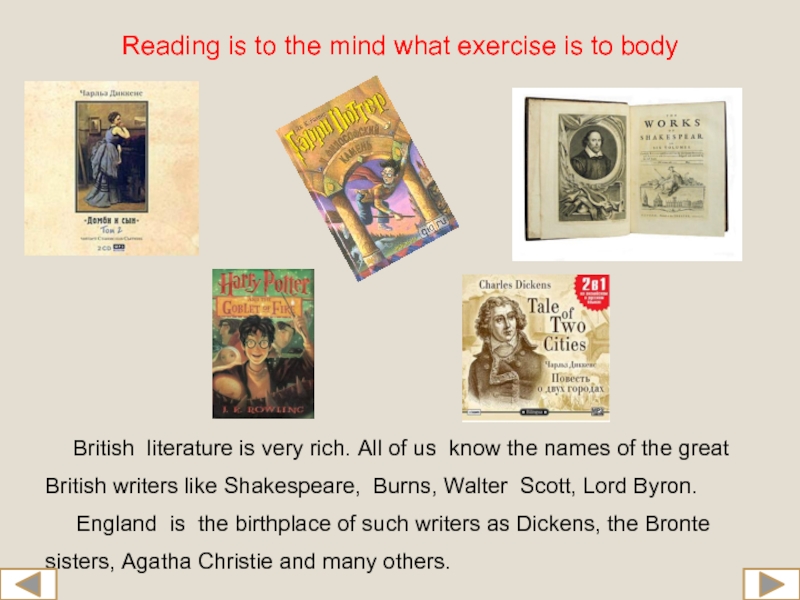 Reading is to the mind what exercise is to body

British literature is very rich. All of us know the names of the great

England is the birthplace of such writers as Dickens, the Bronte

sisters, Agatha Christie and many others. 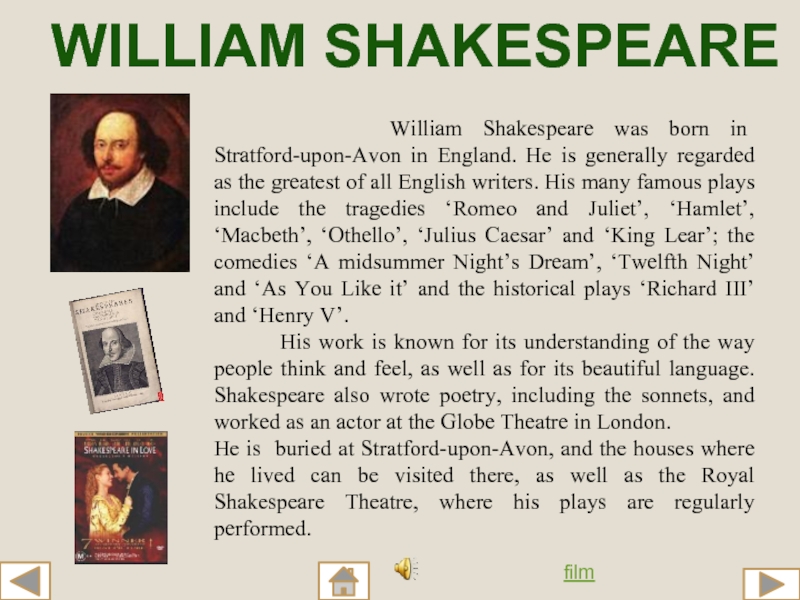 William Shakespeare was born in Stratford-upon-Avon in England. He is generally regarded as the greatest of all English writers. His many famous plays include the tragedies ‘Romeo and Juliet’, ‘Hamlet’, ‘Macbeth’, ‘Othello’, ‘Julius Caesar’ and ‘King Lear’; the comedies ‘A midsummer Night’s Dream’, ‘Twelfth Night’ and ‘As You Like it’ and the historical plays ‘Richard III’ and ‘Henry V’.
His work is known for its understanding of the way people think and feel, as well as for its beautiful language. Shakespeare also wrote poetry, including the sonnets, and worked as an actor at the Globe Theatre in London.
He is buried at Stratford-upon-Avon, and the houses where he lived can be visited there, as well as the Royal Shakespeare Theatre, where his plays are regularly performed. 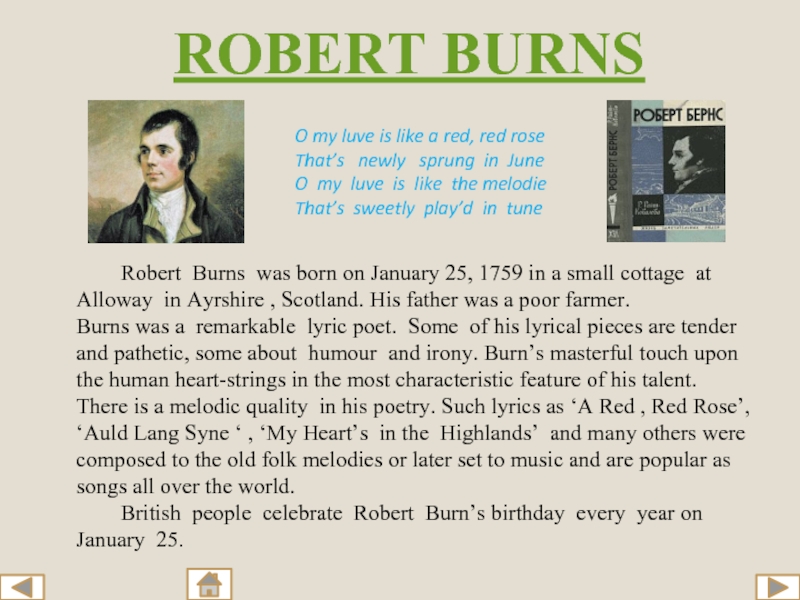 Robert Burns was born on January 25, 1759 in a small cottage at Alloway in Ayrshire , Scotland. His father was a poor farmer.
Burns was a remarkable lyric poet. Some of his lyrical pieces are tender and pathetic, some about humour and irony. Burn’s masterful touch upon the human heart-strings in the most characteristic feature of his talent.
There is a melodic quality in his poetry. Such lyrics as ‘A Red , Red Rose’, ‘Auld Lang Syne ‘ , ‘My Heart’s in the Highlands’ and many others were composed to the old folk melodies or later set to music and are popular as songs all over the world.
British people celebrate Robert Burn’s birthday every year on January 25. 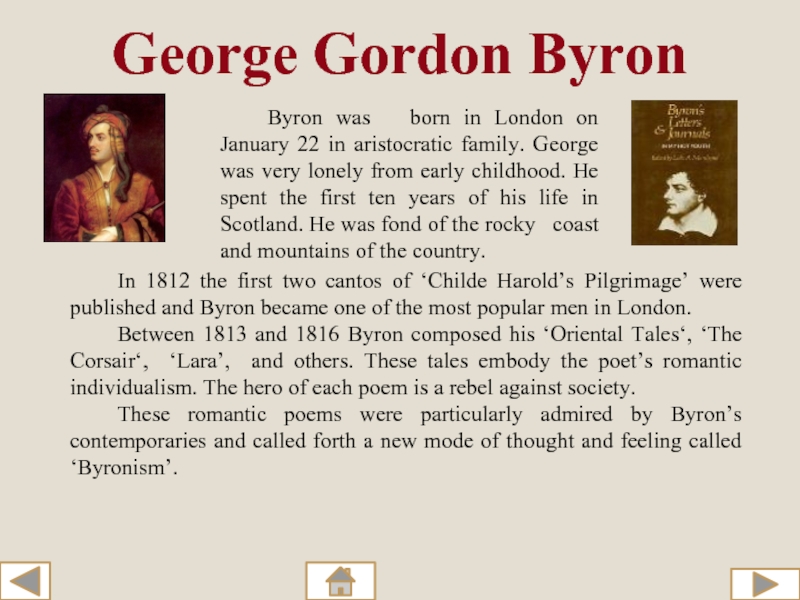 In 1812 the first two cantos of ‘Childe Harold’s Pilgrimage’ were published and Byron became one of the most popular men in London.
Between 1813 and 1816 Byron composed his ‘Oriental Tales‘, ‘The Corsair‘, ‘Lara’, and others. These tales embody the poet’s romantic individualism. The hero of each poem is a rebel against society.
These romantic poems were particularly admired by Byron’s contemporaries and called forth a new mode of thought and feeling called ‘Byronism’.

Byron was born in London on January 22 in aristocratic family. George was very lonely from early childhood. He spent the first ten years of his life in Scotland. He was fond of the rocky coast and mountains of the country. 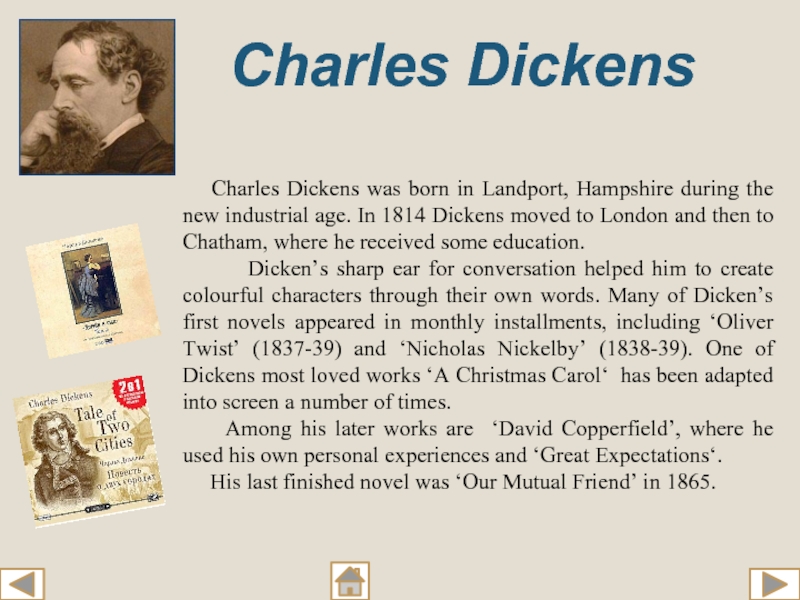 Charles Dickens was born in Landport, Hampshire during the new industrial age. In 1814 Dickens moved to London and then to Chatham, where he received some education.
Dicken’s sharp ear for conversation helped him to create colourful characters through their own words. Many of Dicken’s first novels appeared in monthly installments, including ‘Oliver Twist’ (1837-39) and ‘Nicholas Nickelby’ (1838-39). One of Dickens most loved works ‘A Christmas Carol‘ has been adapted into screen a number of times.
Among his later works are ‘David Copperfield’, where he used his own personal experiences and ‘Great Expectations‘.
His last finished novel was ‘Our Mutual Friend’ in 1865. 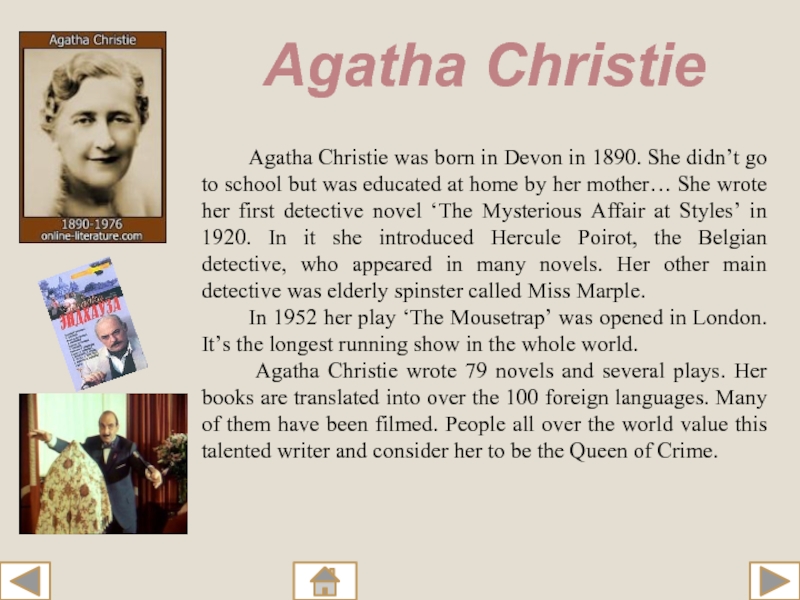 Agatha Christie was born in Devon in 1890. She didn’t go to school but was educated at home by her mother… She wrote her first detective novel ‘The Mysterious Affair at Styles’ in 1920. In it she introduced Hercule Poirot, the Belgian detective, who appeared in many novels. Her other main detective was elderly spinster called Miss Marple.
In 1952 her play ‘The Mousetrap’ was opened in London. It’s the longest running show in the whole world.
Agatha Christie wrote 79 novels and several plays. Her books are translated into over the 100 foreign languages. Many of them have been filmed. People all over the world value this talented writer and consider her to be the Queen of Crime. 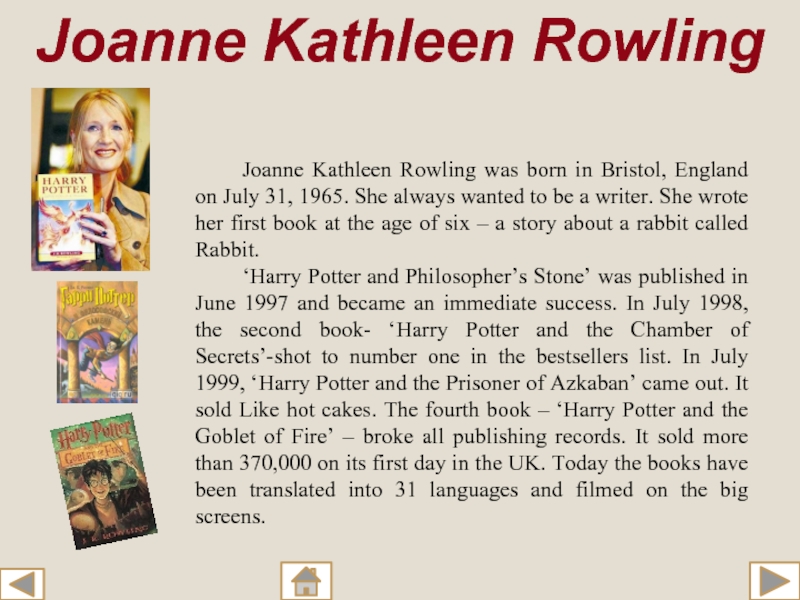 Joanne Kathleen Rowling was born in Bristol, England on July 31, 1965. She always wanted to be a writer. She wrote her first book at the age of six – a story about a rabbit called Rabbit.
‘Harry Potter and Philosopher’s Stone’ was published in June 1997 and became an immediate success. In July 1998, the second book- ‘Harry Potter and the Chamber of Secrets’-shot to number one in the bestsellers list. In July 1999, ‘Harry Potter and the Prisoner of Azkaban’ came out. It sold Like hot cakes. The fourth book – ‘Harry Potter and the Goblet of Fire’ – broke all publishing records. It sold more than 370,000 on its first day in the UK. Today the books have been translated into 31 languages and filmed on the big screens. 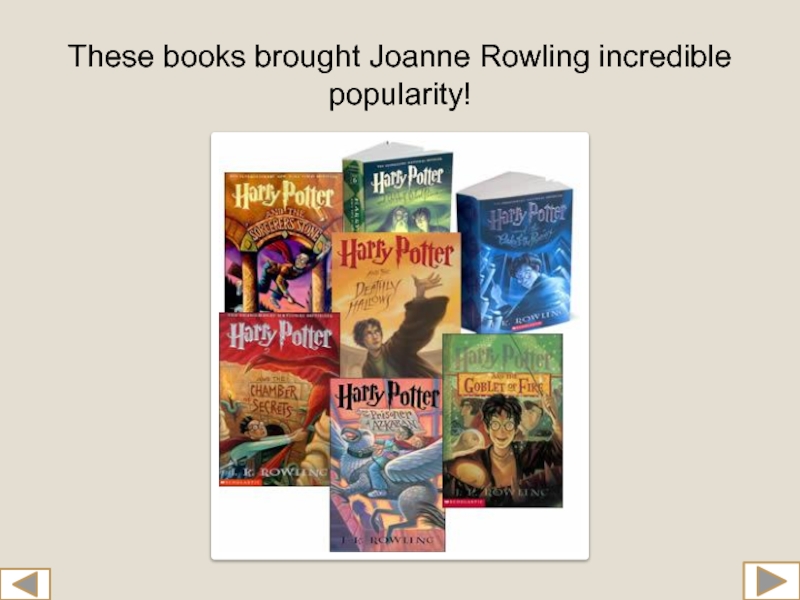 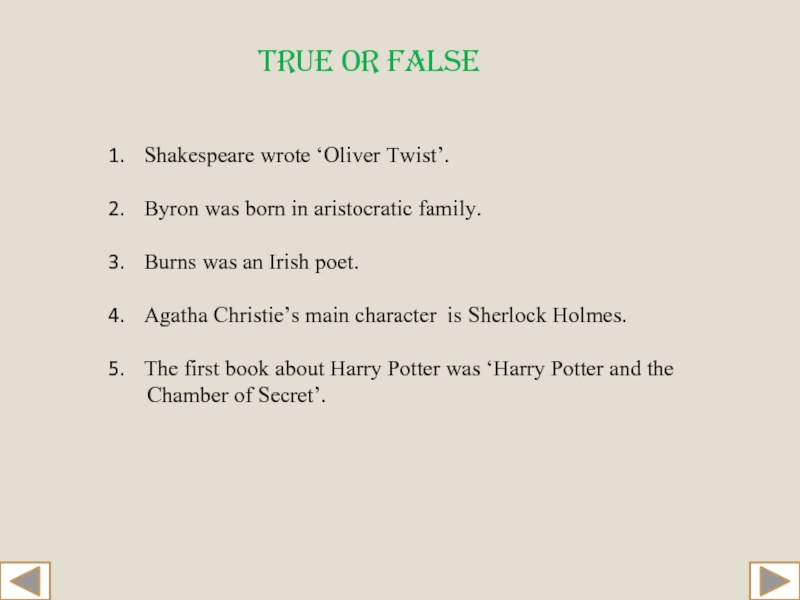 Byron was born in aristocratic family. 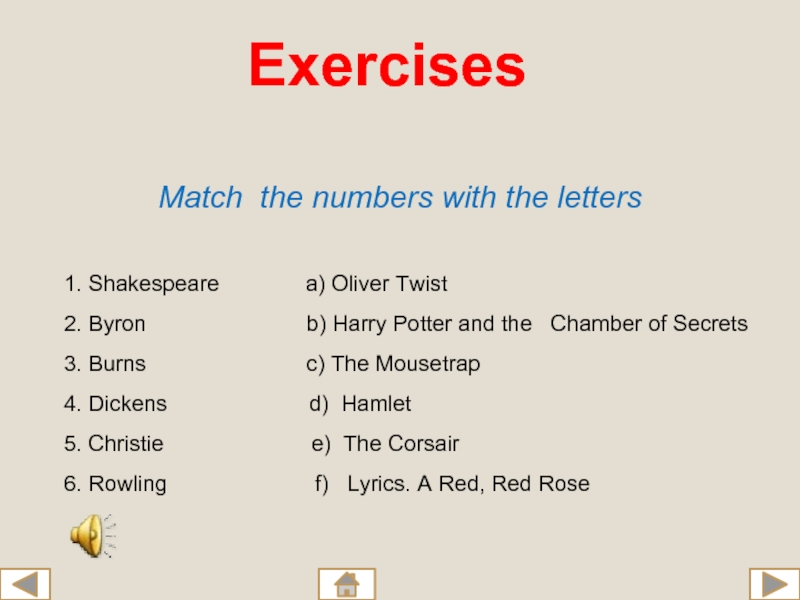 2. Byron b) Harry Potter and the Chamber of Secrets

Match the numbers with the letters 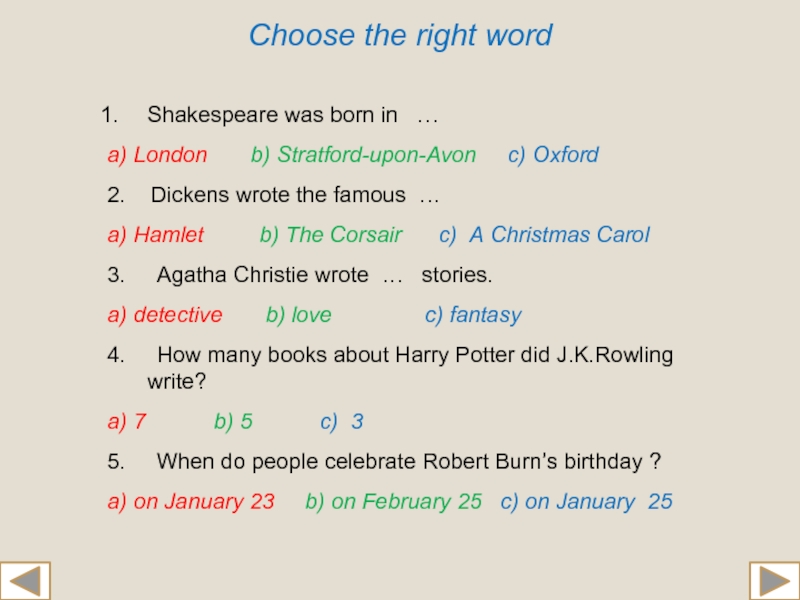 Shakespeare was born in …

a) London b) Stratford-upon-Avon c) Oxford

a) Hamlet b) The Corsair c) A Christmas Carol

a) detective b) love c) fantasy

4. How many books about Harry Potter did J.K.Rowling write? 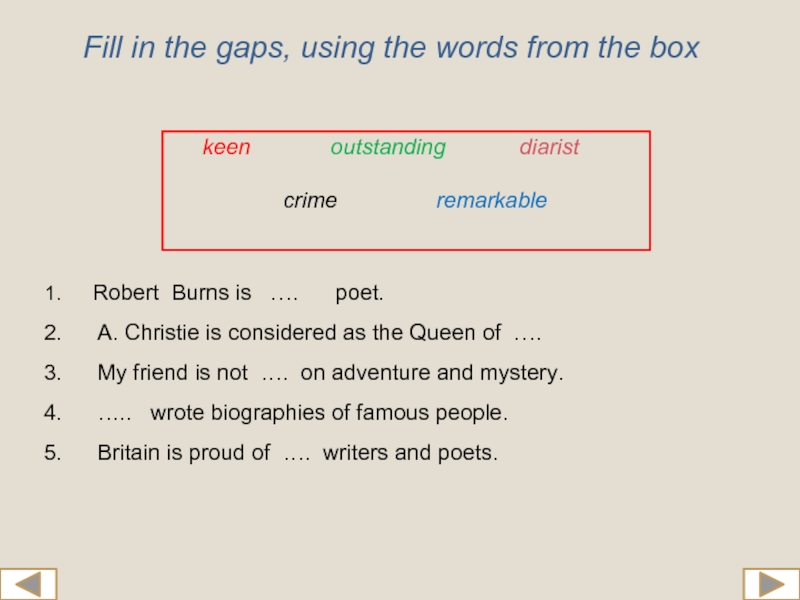 A. Christie is considered as the Queen of ….

My friend is not …. on adventure and mystery.

Britain is proud of …. writers and poets.

Fill in the gaps, using the words from the box 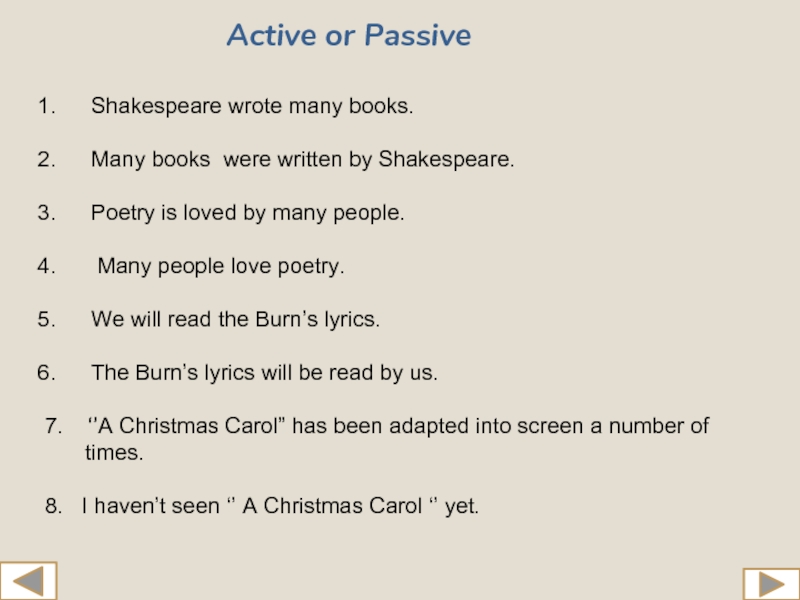 Many books were written by Shakespeare.

Poetry is loved by many people.

We will read the Burn’s lyrics.

The Burn’s lyrics will be read by us.

7. ‘’A Christmas Carol” has been adapted into screen a number of times. 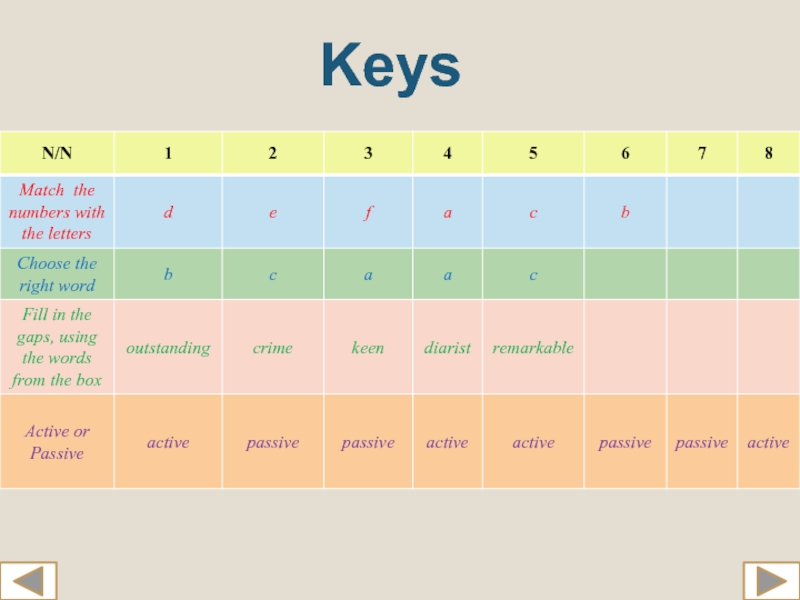 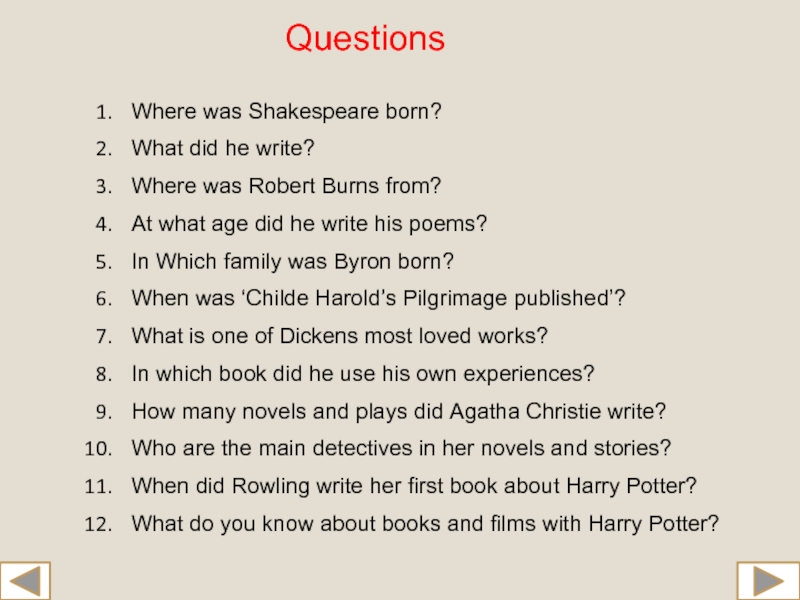 Where was Shakespeare born?

What did he write?

Where was Robert Burns from?

At what age did he write his poems?

In Which family was Byron born?

When was ‘Childe Harold’s Pilgrimage published’?

What is one of Dickens most loved works?

In which book did he use his own experiences?

How many novels and plays did Agatha Christie write?

Who are the main detectives in her novels and stories?

When did Rowling write her first book about Harry Potter?

What do you know about books and films with Harry Potter? 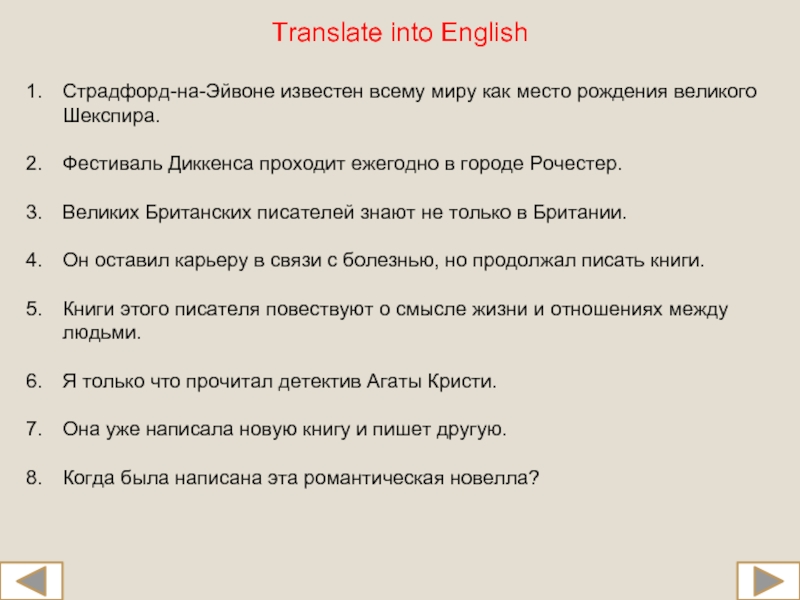 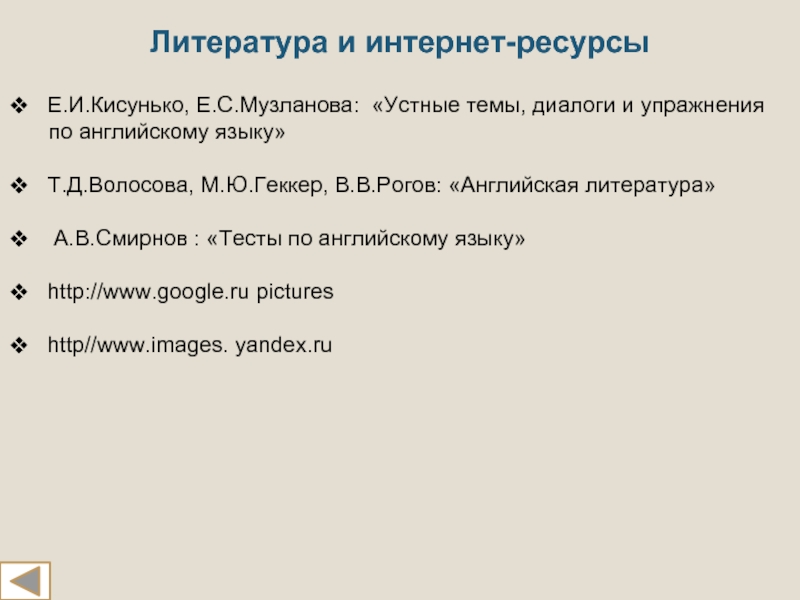 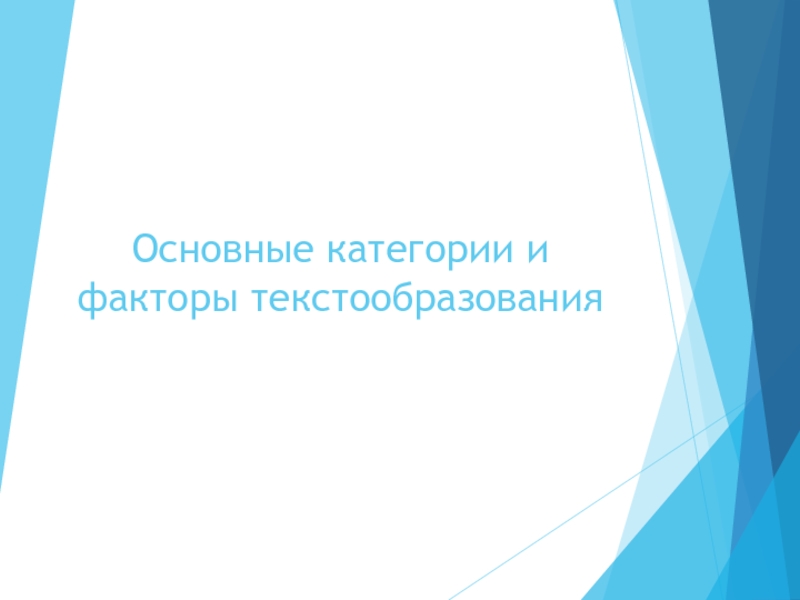 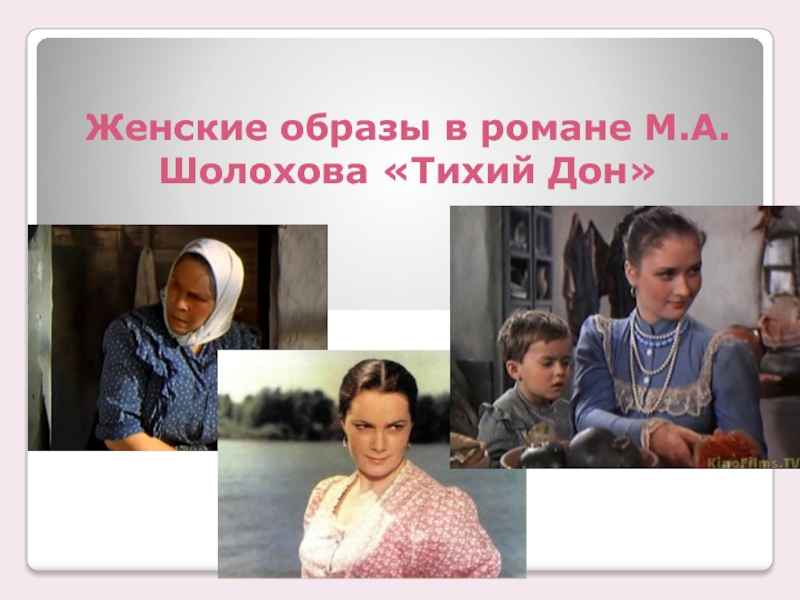 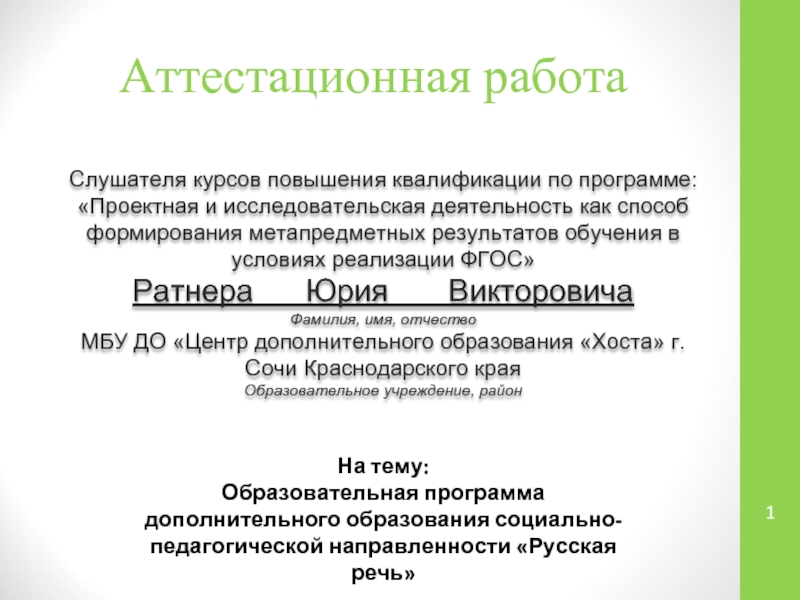 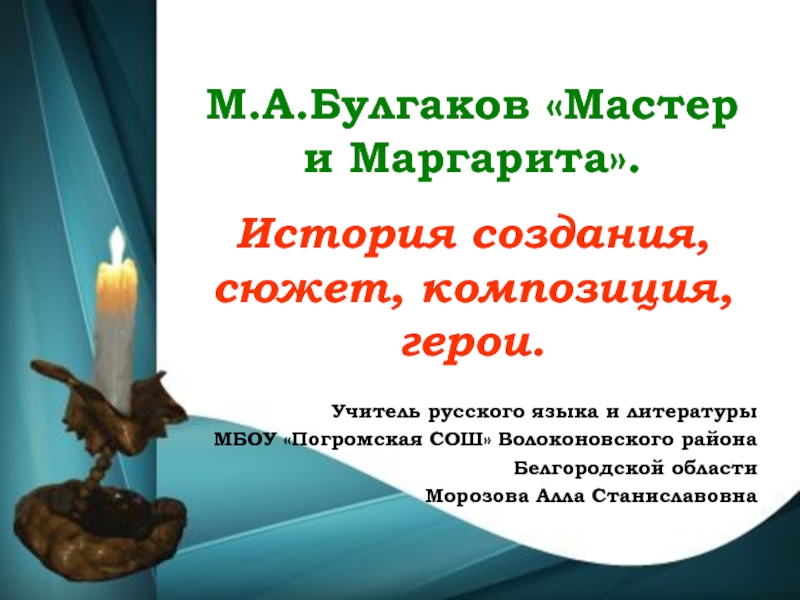 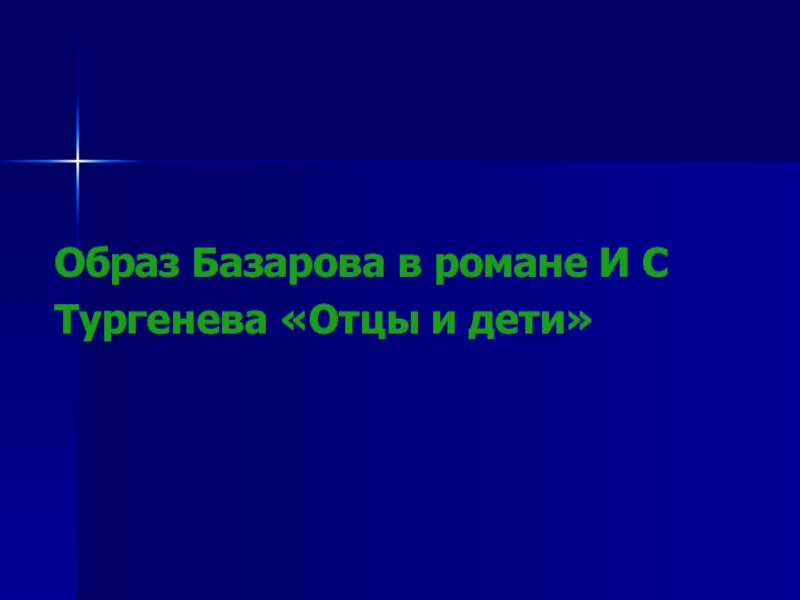 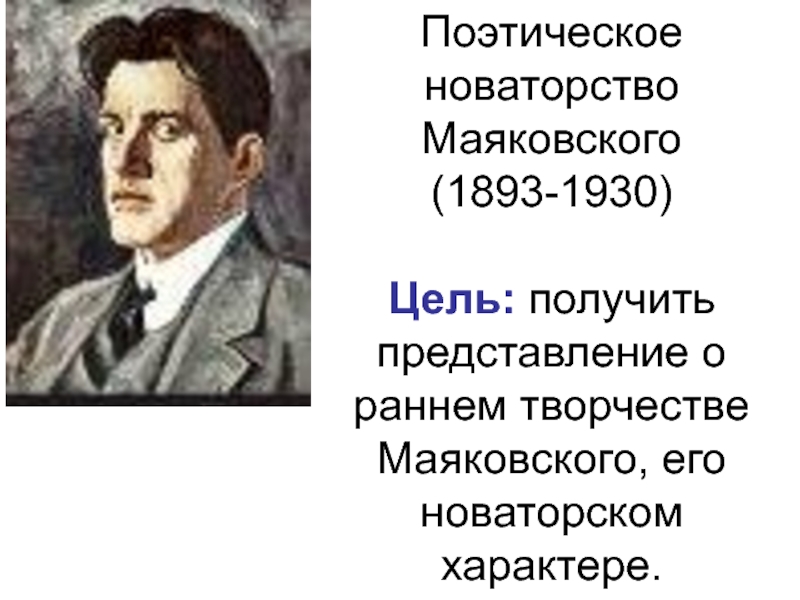