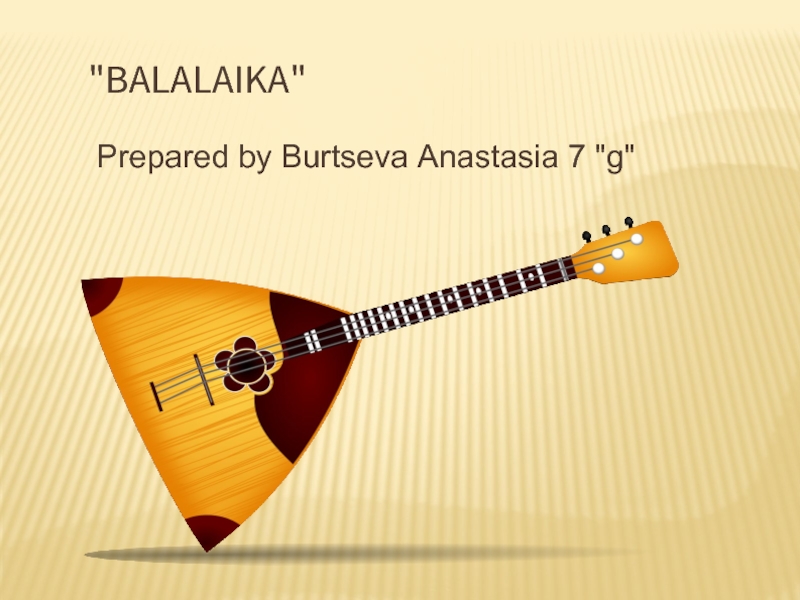 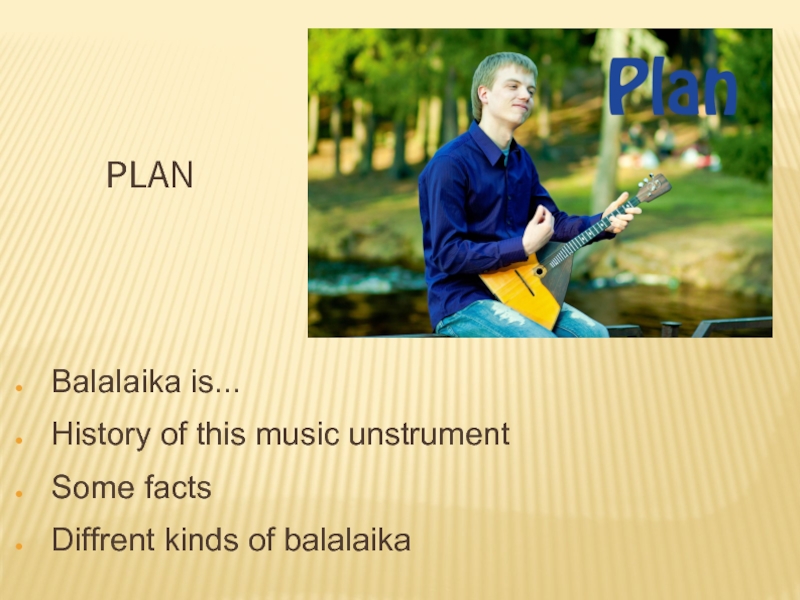 Balalaika is...
History of this music unstrument
Some facts
Diffrent kinds of balalaika 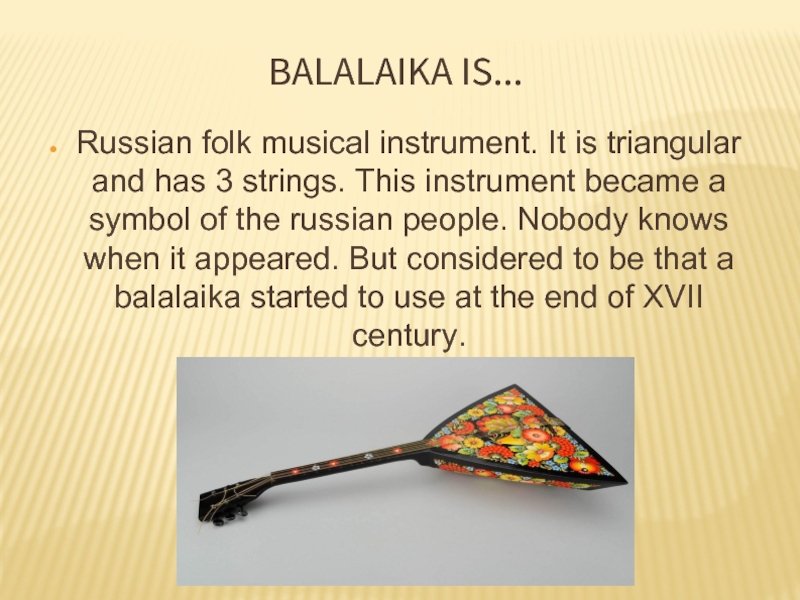 Russian folk musical instrument. It is triangular and has 3 strings. This instrument became a symbol of the russian people. Nobody knows when it appeared. But considered to be that a balalaika started to use at the end of XVII century. 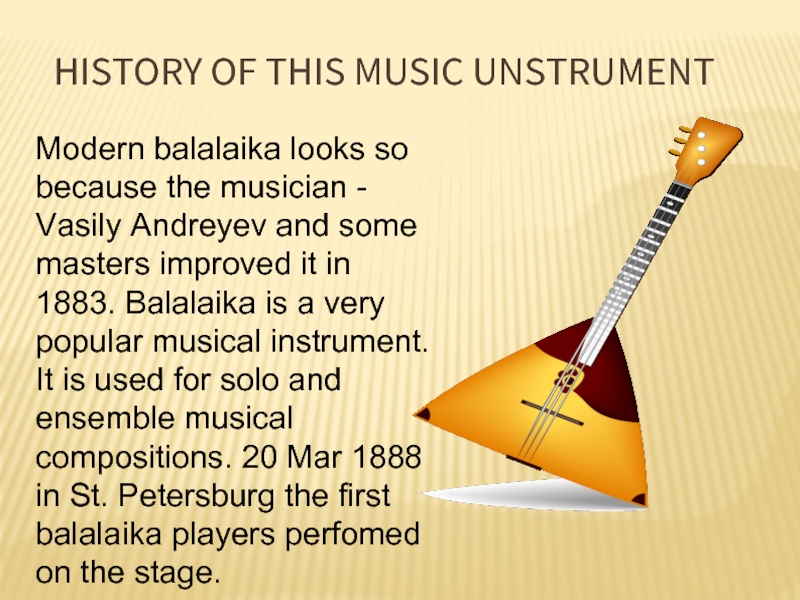 HISTORY OF THIS MUSIC UNSTRUMENT

Modern balalaika looks so because the musician - Vasily Andreyev and some masters improved it in 1883. Balalaika is a very popular musical instrument. It is used for solo and ensemble musical compositions. 20 Mar 1888 in St. Petersburg the first balalaika players perfomed on the stage. 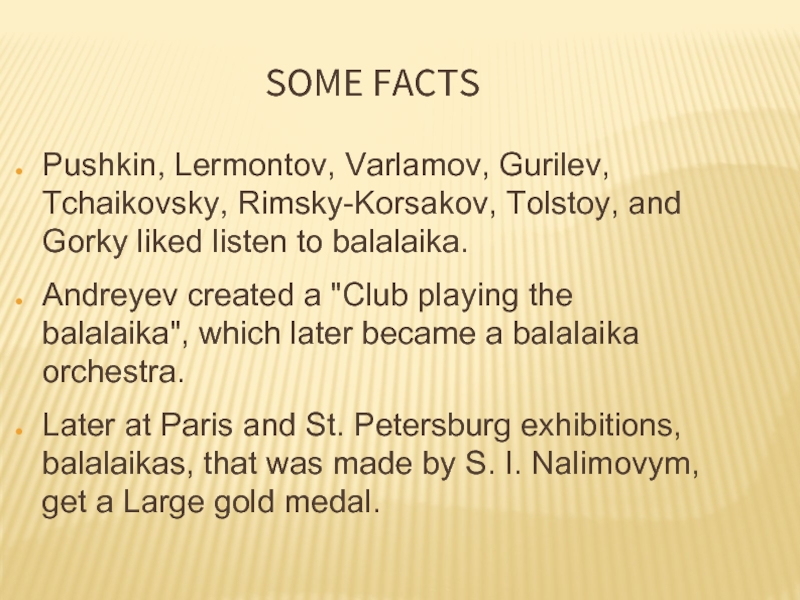 Pushkin, Lermontov, Varlamov, Gurilev, Tchaikovsky, Rimsky-Korsakov, Tolstoy, and Gorky liked listen to balalaika.
Andreyev created a "Club playing the balalaika", which later became a balalaika orchestra.
Later at Paris and St. Petersburg exhibitions, balalaikas, that was made by S. I. Nalimovym, get a Large gold medal. 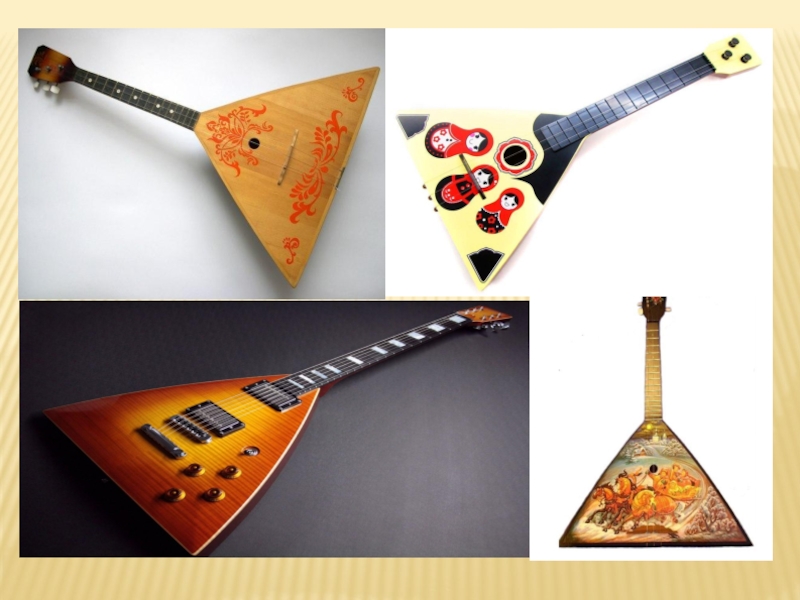 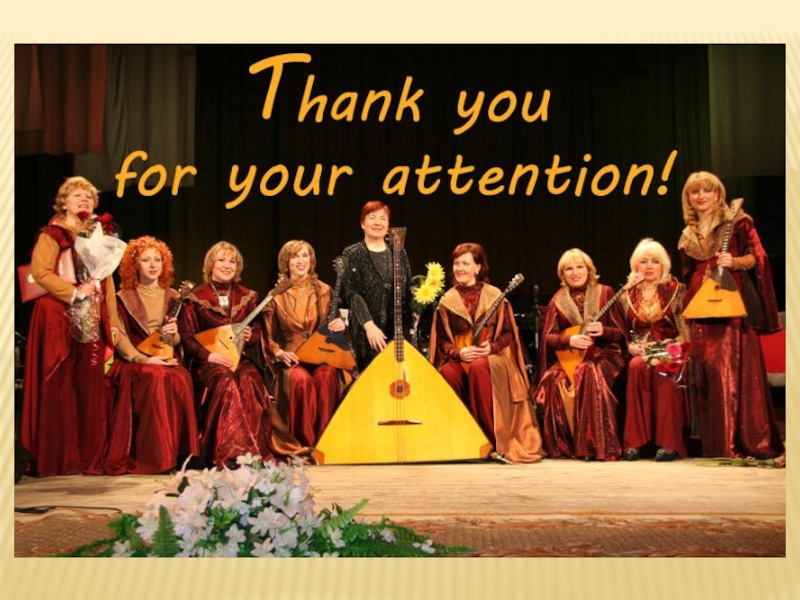 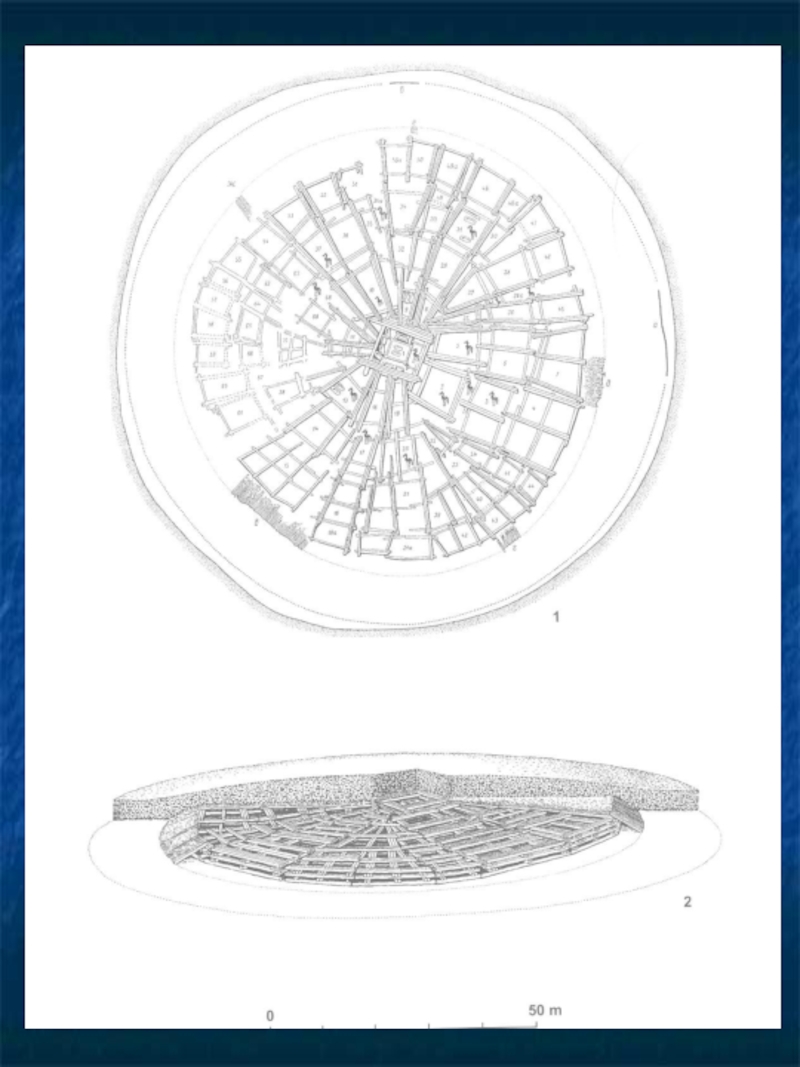 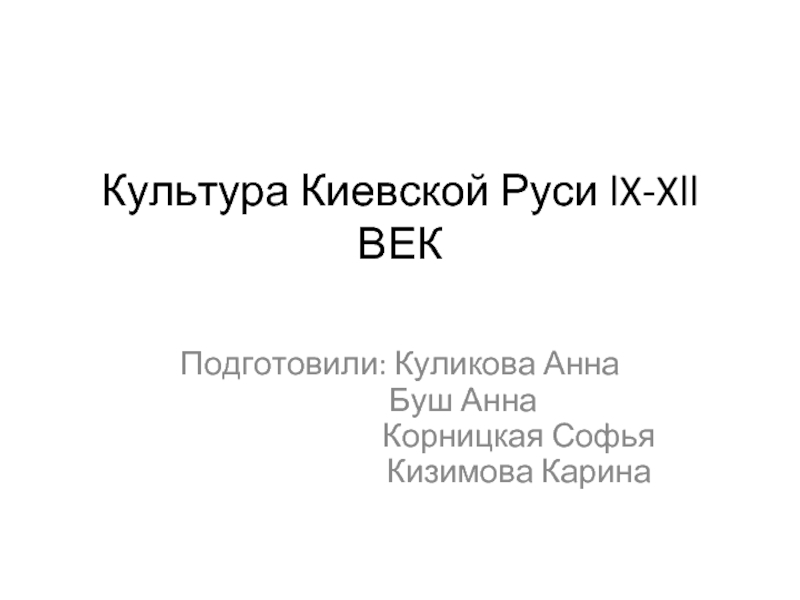 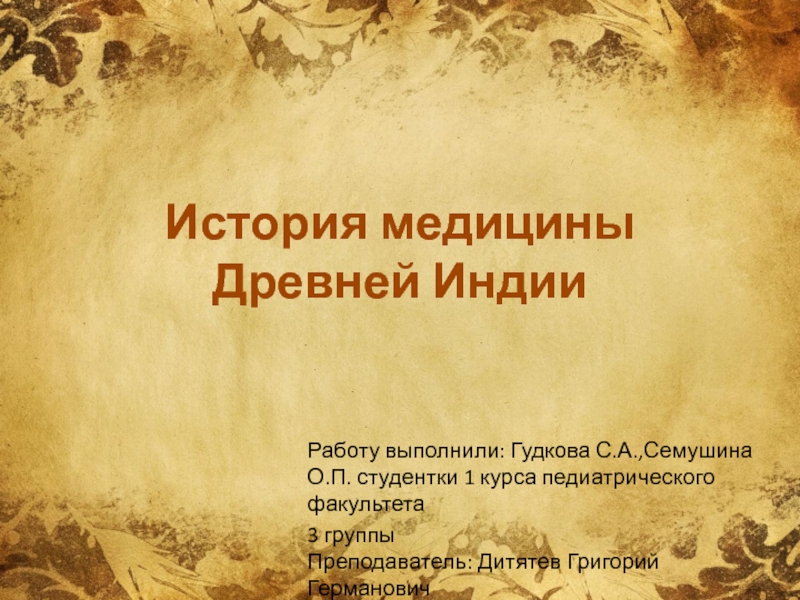 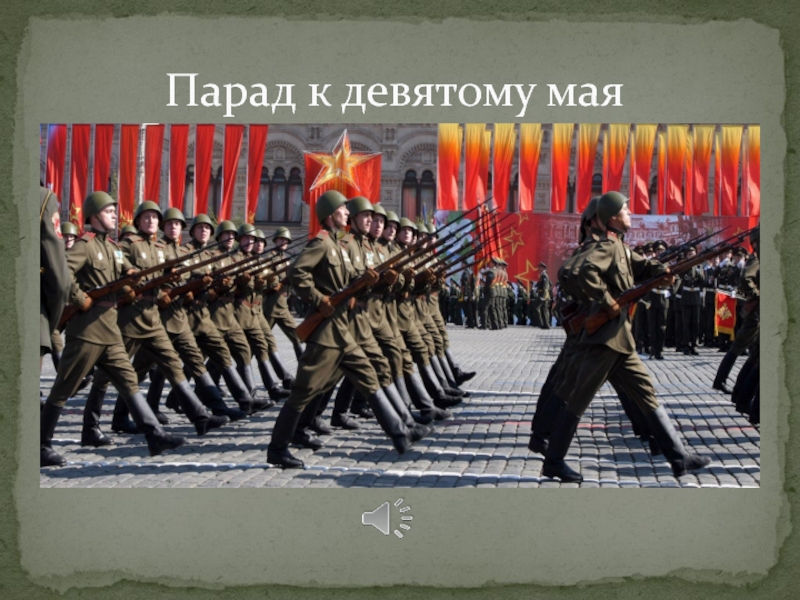 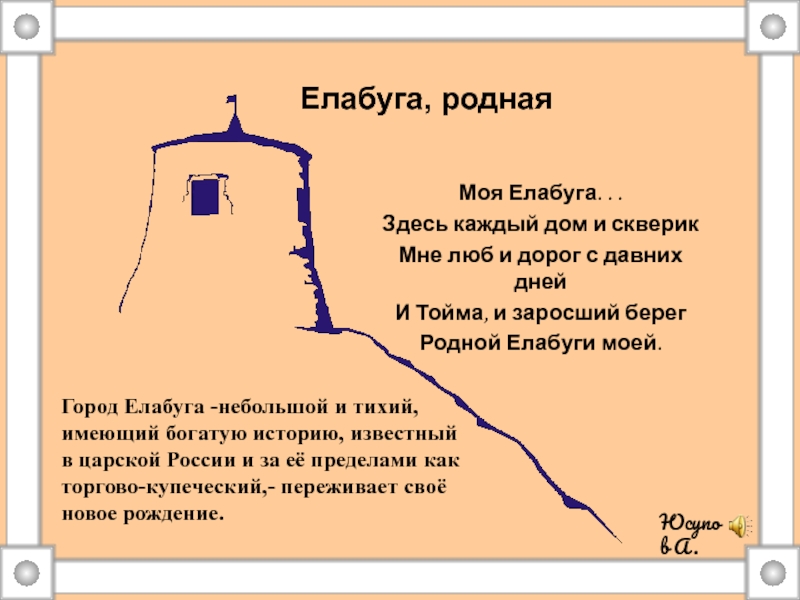 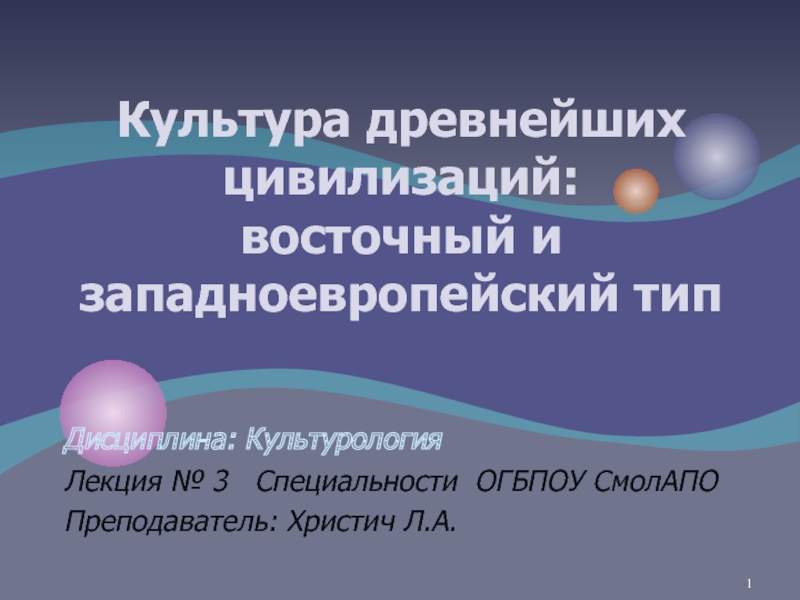