Books written based on the games in the past 10 years. 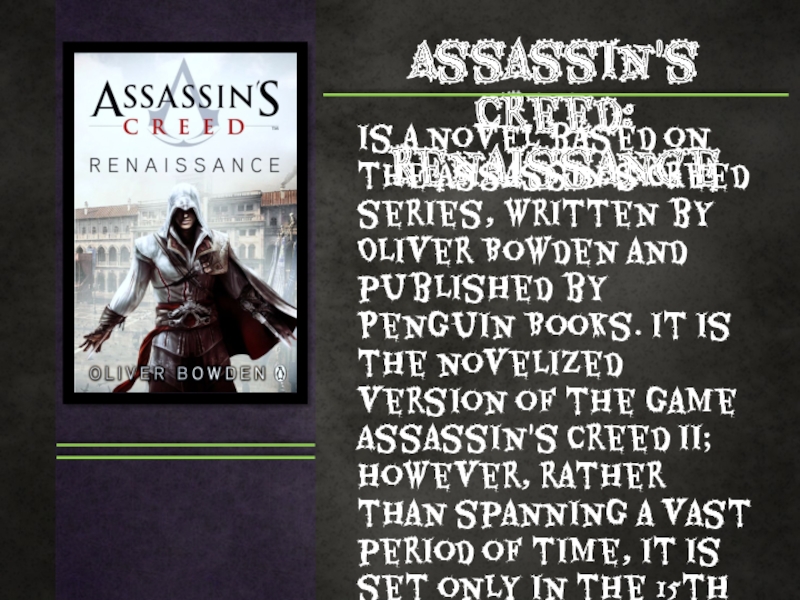 Is a novel based on the game of the same name, written by Oliver Bowden. It is a direct sequel to Assassin's Creed: Renaissance, the novelization of Assassin's Creed II, and was released on 25 November 2010. 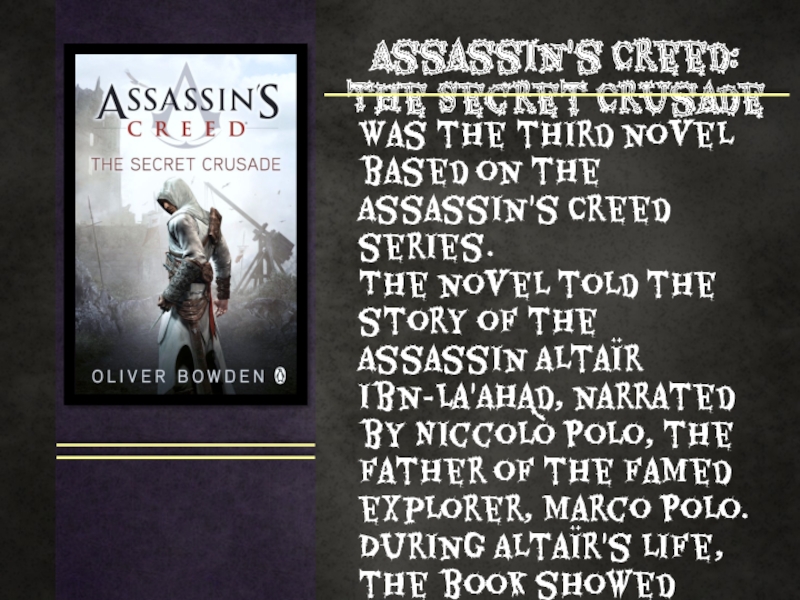 Was the third novel based on the Assassin's Creed series.
The novel told the story of the Assassin Altaïr Ibn-La'Ahad, narrated by Niccolò Polo, the father of the famed explorer, Marco Polo. During Altaïr's life, the book showed events from a third person perspective, but then changed to a first person perspective when Niccolò narrated his own life. 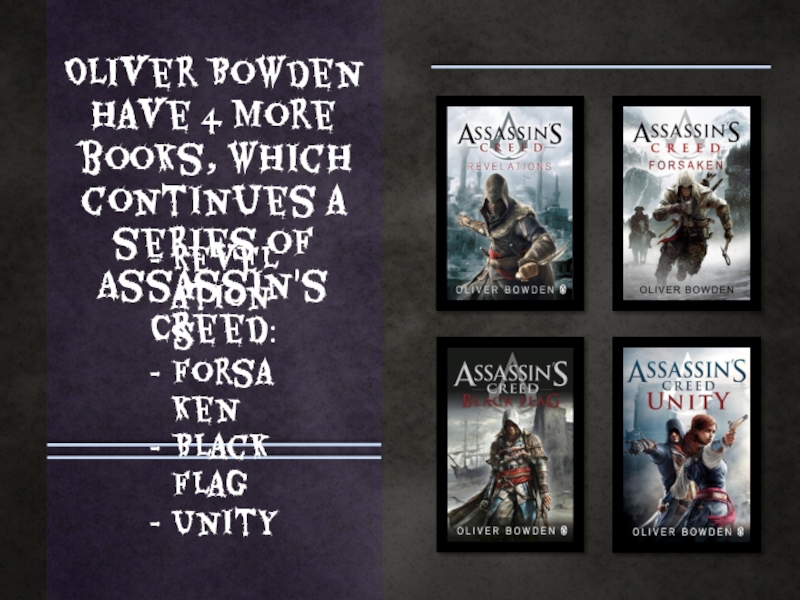 Oliver Bowden have 4 more books, which continues a series of Assassin's Creed:

The first book in the Resident Evil series. A novel by S. D. Perry.

A remote mountain community is suddenly besieged by a rash of grisly murders encroaching upon it from the surrounding forest. Bizarre reports start to spread, at the middle of which is the mansion of the Umbrella Corporation. The Special Tactics and Rescue Squad (S.T.A.R.S.) is sent in response. 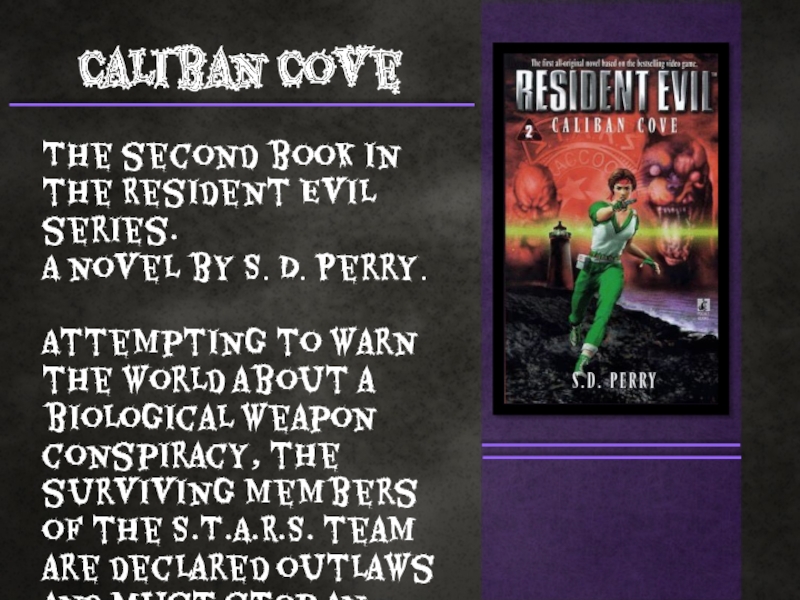 The second book in the Resident Evil series. A novel by S. D. Perry.

Attempting to warn the world about a biological weapon conspiracy, the surviving members of the S.T.A.R.S. team are declared outlaws and must stop an Umbrella effort to infect them with a DNA-altering virus.

City of the Dead

The third book in the Resident Evil series. A novel by S. D. Perry.

A botched attempt by the Umbrella Corporation to retrieve a devastating mutagenic weapon has turned the city into a necropolis. Every man, woman and child has been transformed into one of the living dead. And all of them are hungry. 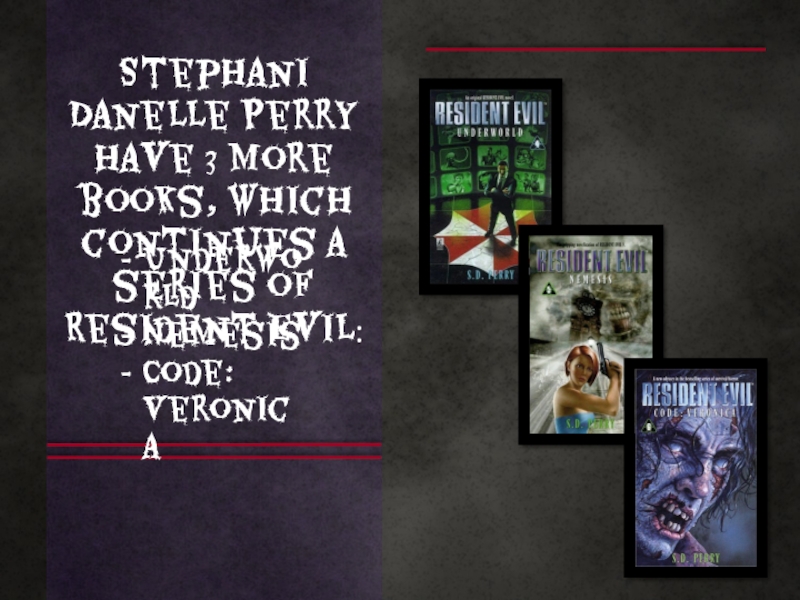 Stephani Danelle Perry have 3 more books, which continues a series of Resident Evil: 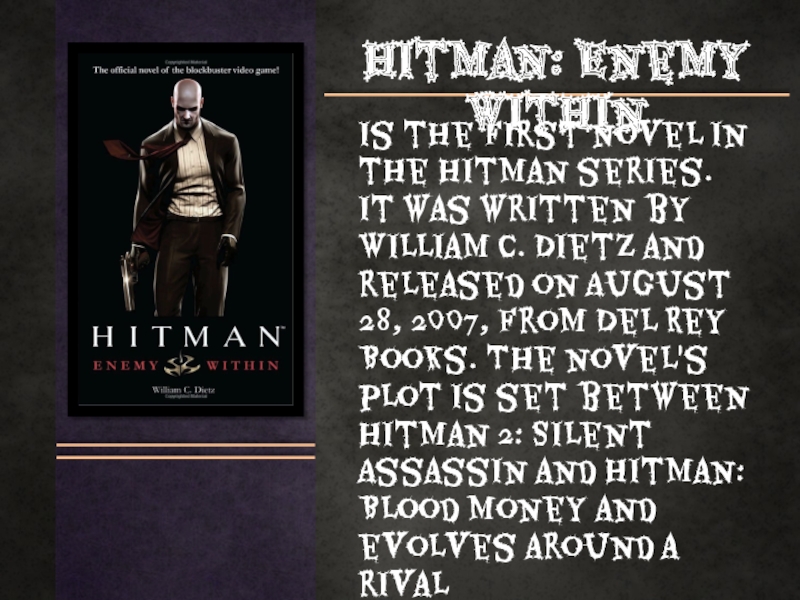 Is the first novel in the Hitman series. It was written by William C. Dietz and released on August 28, 2007, from Del Rey Books. The novel's plot is set between Hitman 2: Silent Assassin and Hitman: Blood Money and evolves around a rival murder-for-hire organization known as Puissance Treize (French for "Power Thirteen") which attempted to destroy 47's employer, the International Contract Agency.

Is the second novel for the Hitman Series. It was released on October 30, 2012 in North America, but is also scheduled to be released in other countries as well. It was written by author Raymond Benson.

Is the third novel for the Hitman Series and comprises of a collection of short stories, with each chapter being a new assassination. It was released on April 8, 2015. It was written by James Kingsley. It is expected to be the first of a series of short novels. 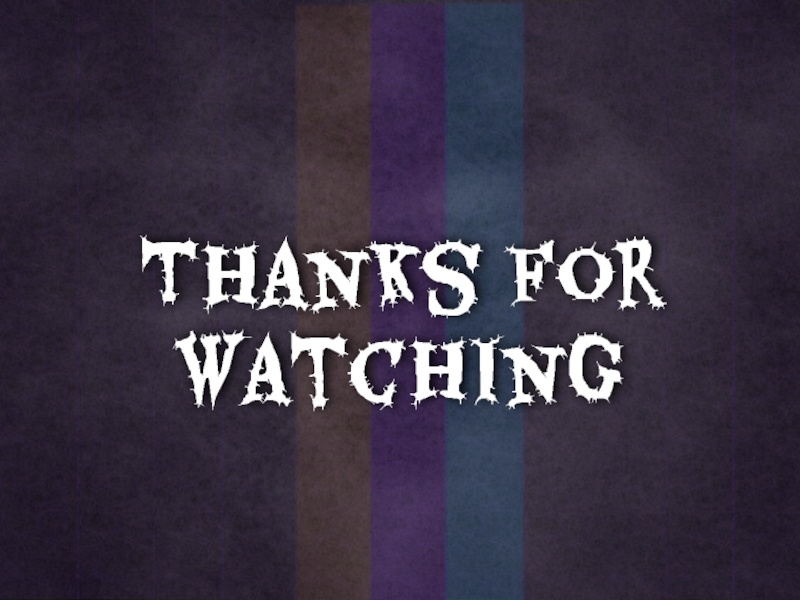