Economics for your Classroom from Ed Dolan’s Econ Blog US GDP Growth Stalls as the Fed Misses its Targets by a Wide Margin Posted April 30, 2014

Terms of Use: These slides are provided under Creative Commons License Attribution—Share Alike 3.0 . You are free to use these slides as a resource for your economics classes together with whatever textbook you are using. If you like the slides, you may also want to take a look at my textbook, Introduction to Economics, from BVT Publishing.

The advance estimate from the Bureau of Economic Analysis released on April 30 showed that US real GDP grew at just a 0.1 percent annual rate in Q1 2014
That is a big decrease from 2.6 percent in Q4 and 4.1 percent in Q3
Harsh winter weather undoubtedly contributed to the downturn

Phases of the Business Cycle

Sources of Growth by Sector

The slowdown was broadly based. The contribution from consumption was positive but lower than the 2.22 percentage points in Q3
Investment, including fixed, inventory, and residential, was negative
A decrease in expenditures of state and local government was only partly offset by an increase in Federal expenditures
Exports, which had been a strong point of the recovery, also turned negative

Note: Imports are recorded in the national accounts with a negative sign, so the 0.24 percentage points shown here represent a decrease in imports 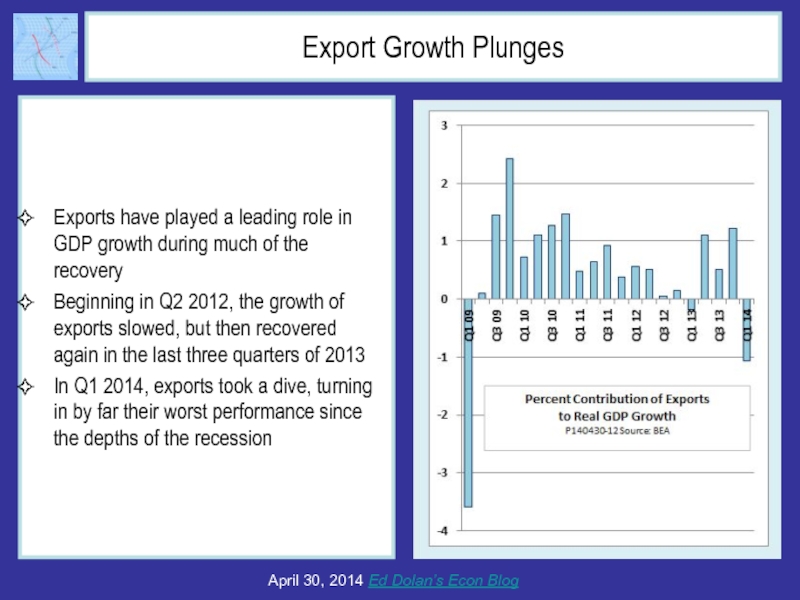 Exports have played a leading role in GDP growth during much of the recovery
Beginning in Q2 2012, the growth of exports slowed, but then recovered again in the last three quarters of 2013
In Q1 2014, exports took a dive, turning in by far their worst performance since the depths of the recession

The Fed is Missing its Targets

The Federal Reserve has set targets of 5.5 percent unemployment and 2 percent inflation, as measured by the index for personal consumption expenditures
As this chart shows, unemployment has gradually decreased during the recovery, but inflation, at 1.4 percent in Q1, is still running well below its target
The arrow shows the trend since 2010, which is clearly on track to miss the bullseye

How to Escape Scary Debt 46 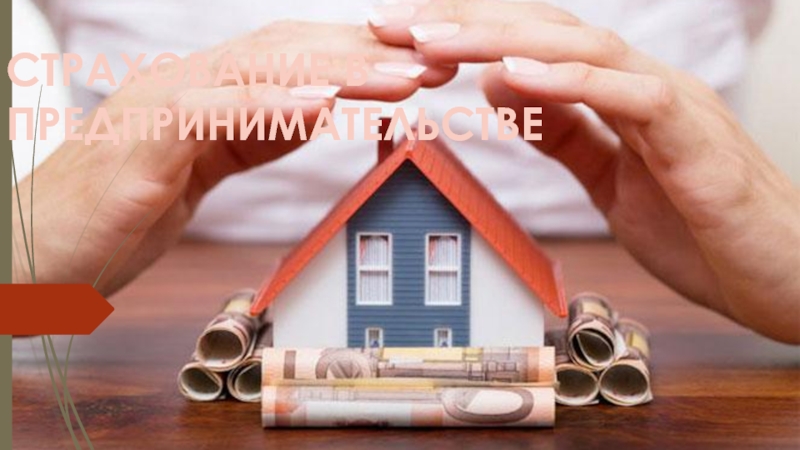