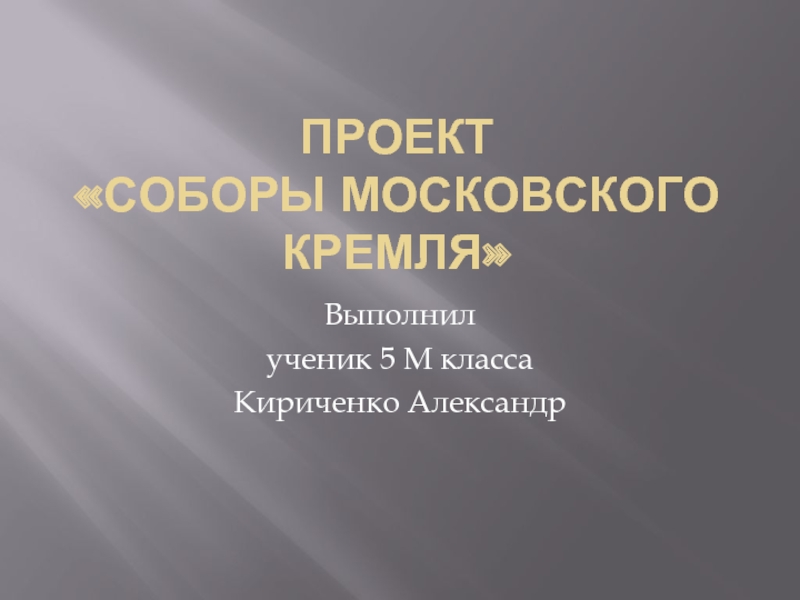 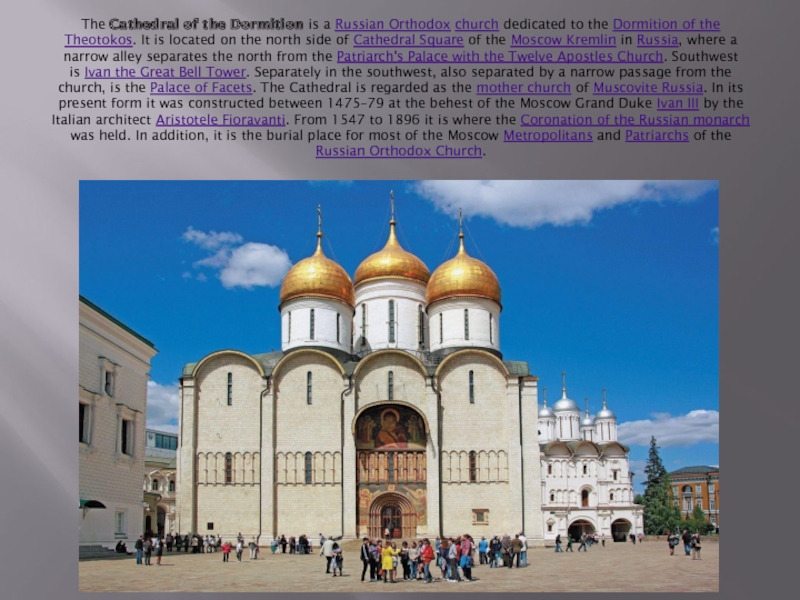 The Cathedral of the Dormition is a Russian Orthodox church dedicated to the Dormition of the Theotokos. It is located on the north side of Cathedral Square of the Moscow Kremlin in Russia, where a narrow alley separates the north from the Patriarch's Palace with the Twelve Apostles Church. Southwest is Ivan the Great Bell Tower. Separately in the southwest, also separated by a narrow passage from the church, is the Palace of Facets. The Cathedral is regarded as the mother church of Muscovite Russia. In its present form it was constructed between 1475–79 at the behest of the Moscow Grand Duke Ivan III by the Italian architect Aristotele Fioravanti. From 1547 to 1896 it is where the Coronation of the Russian monarch was held. In addition, it is the burial place for most of the Moscow Metropolitans and Patriarchs of the Russian Orthodox Church. 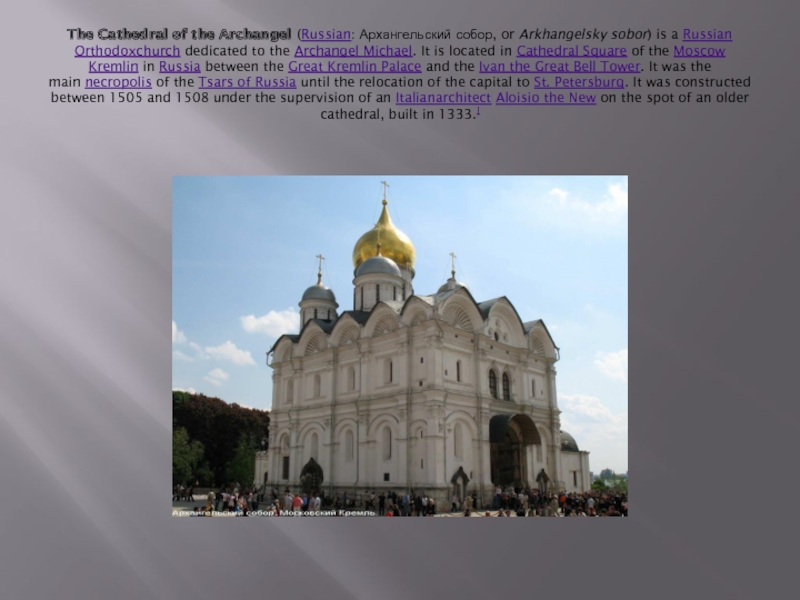 The Cathedral of the Archangel (Russian: Архангельский собор, or Arkhangelsky sobor) is a Russian Orthodoxchurch dedicated to the Archangel Michael. It is located in Cathedral Square of the Moscow Kremlin in Russia between the Great Kremlin Palace and the Ivan the Great Bell Tower. It was the main necropolis of the Tsars of Russia until the relocation of the capital to St. Petersburg. It was constructed between 1505 and 1508 under the supervision of an Italianarchitect Aloisio the New on the spot of an older cathedral, built in 1333.[ 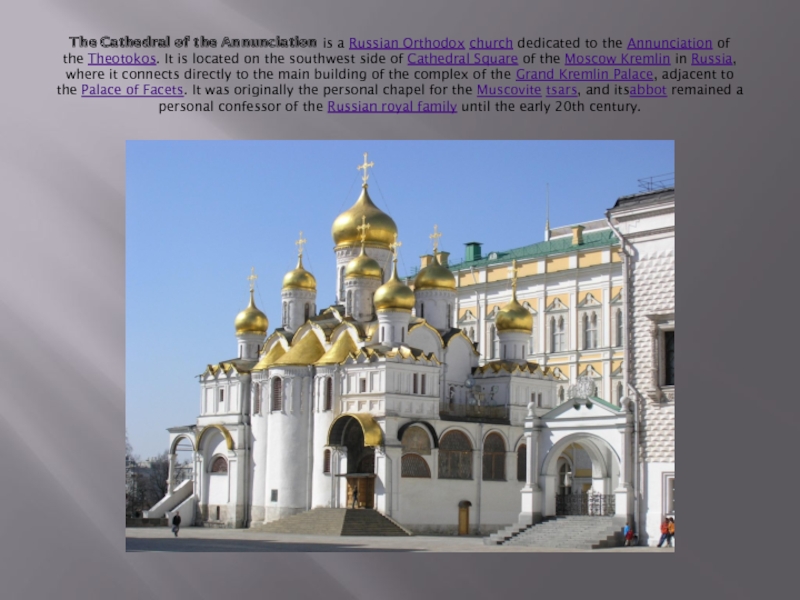 The Cathedral of the Annunciation is a Russian Orthodox church dedicated to the Annunciation of the Theotokos. It is located on the southwest side of Cathedral Square of the Moscow Kremlin in Russia, where it connects directly to the main building of the complex of the Grand Kremlin Palace, adjacent to the Palace of Facets. It was originally the personal chapel for the Muscovite tsars, and itsabbot remained a personal confessor of the Russian royal family until the early 20th century. 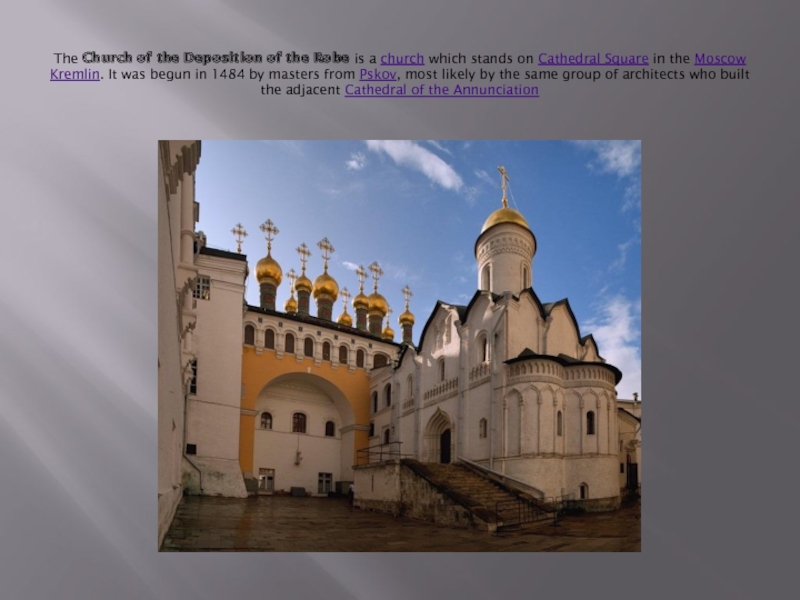 The Church of the Deposition of the Robe is a church which stands on Cathedral Square in the Moscow Kremlin. It was begun in 1484 by masters from Pskov, most likely by the same group of architects who built the adjacent Cathedral of the Annunciation 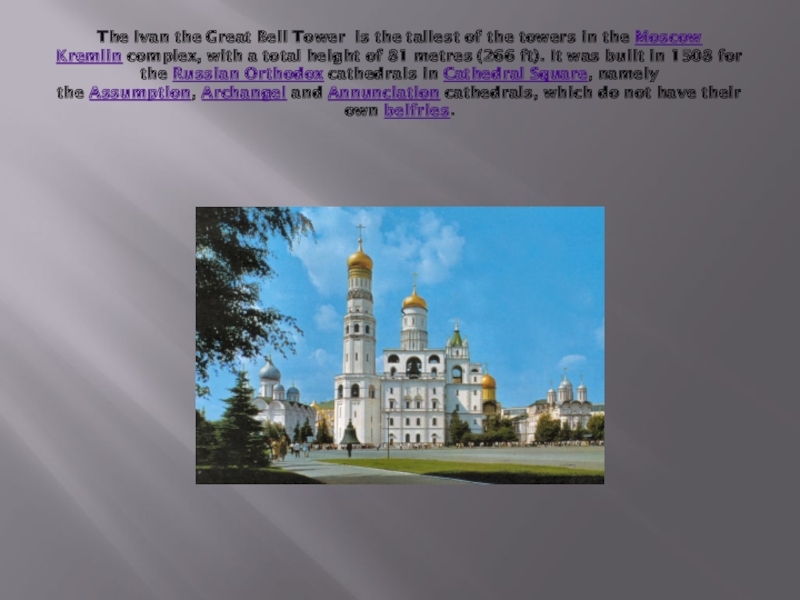 The Ivan the Great Bell Tower  is the tallest of the towers in the Moscow Kremlin complex, with a total height of 81 metres (266 ft). It was built in 1508 for the Russian Orthodox cathedrals in Cathedral Square, namely the Assumption, Archangel and Annunciation cathedrals, which do not have their own belfries. 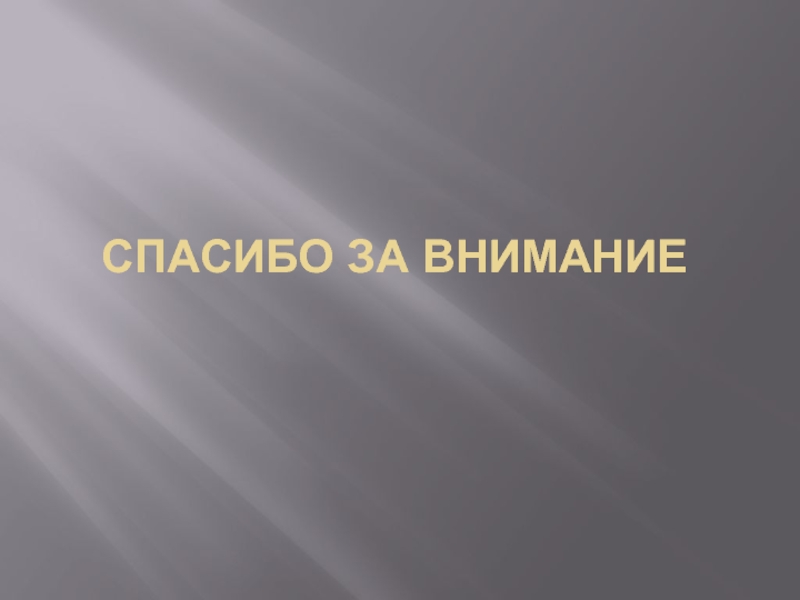 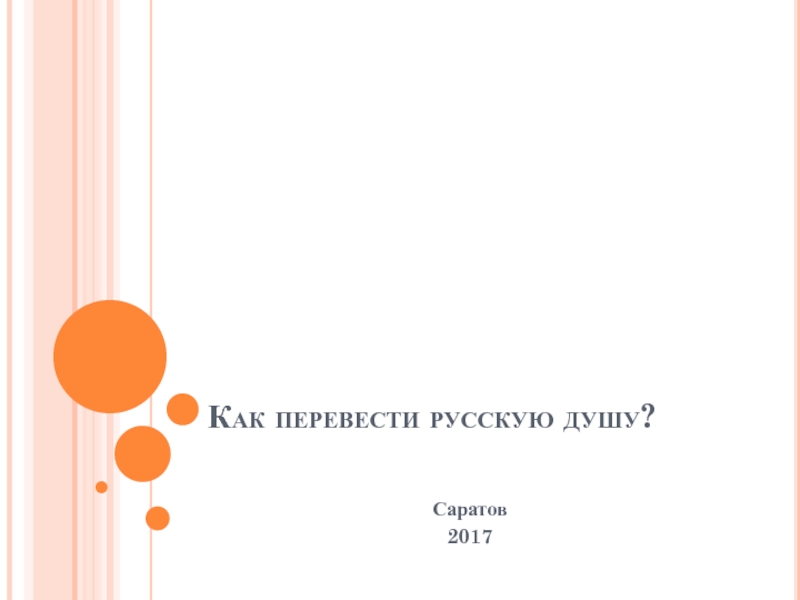 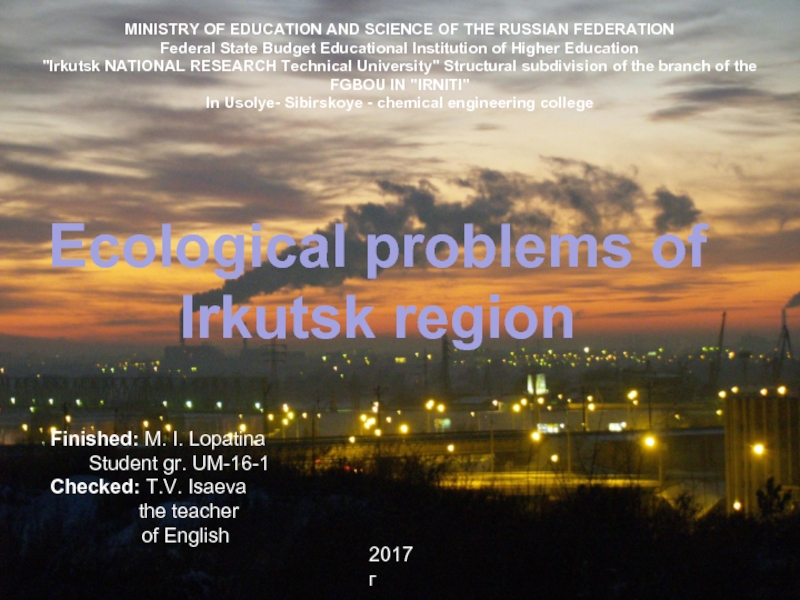 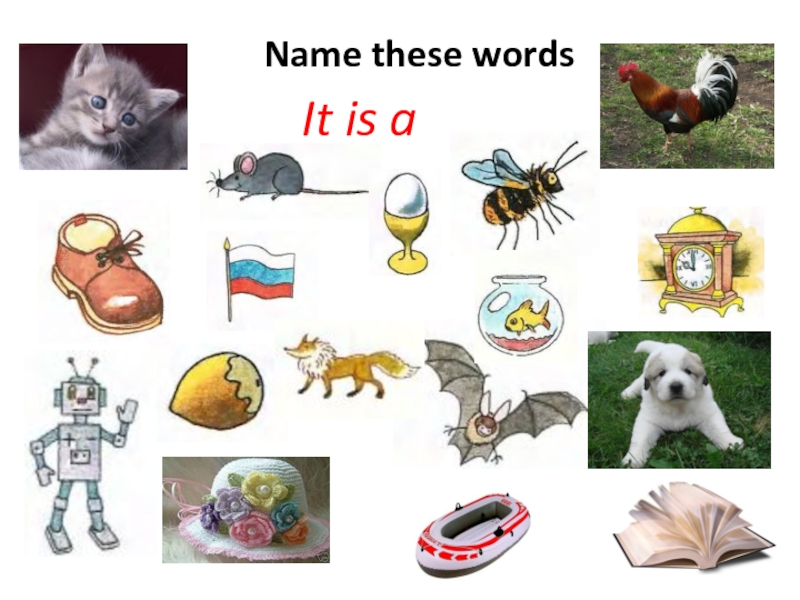 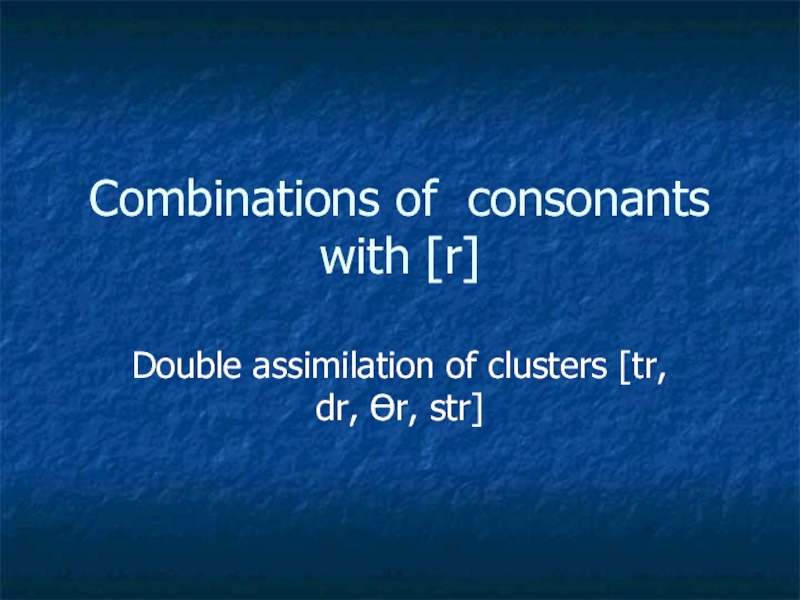 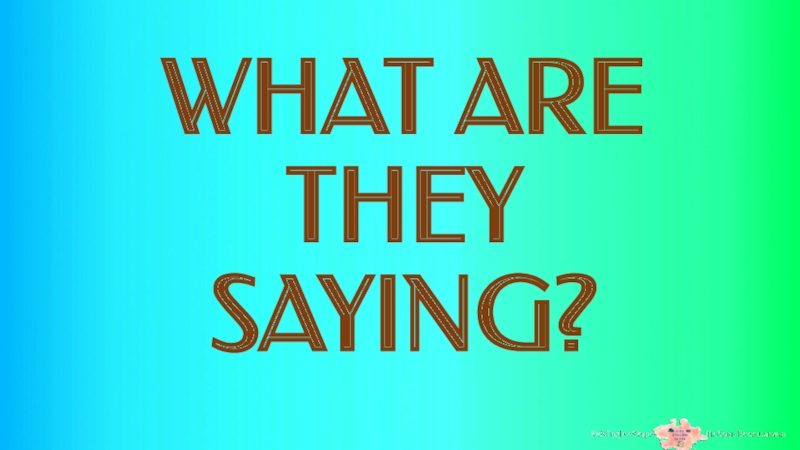 What are they saying 186 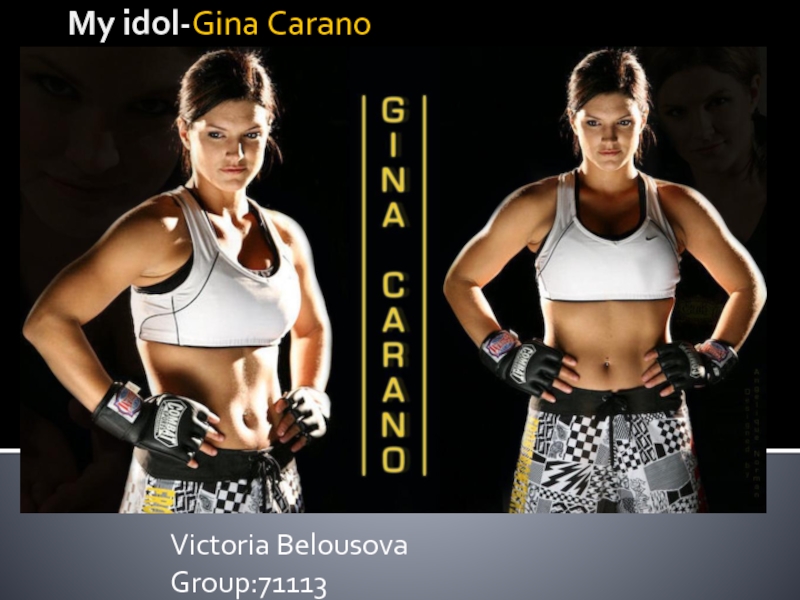